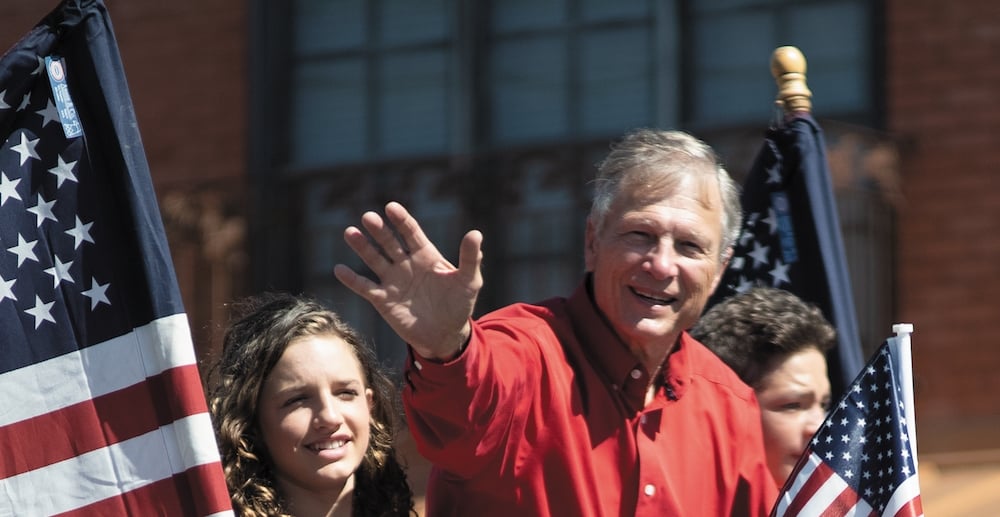 HR 8830 or the You Must Be Alive to Vote Act, was written by Babin and addresses allegations that have emerged in the wake of November’s general election that ballots were cast absentee from deceased voters. “The right to vote is one of the most vital pillars of our democracy,” Babin said in a news release. “The ease with which someone is able to steal the ballot of a deceased person and cast an illegitimate vote should disturb, alarm and outrage every American citizen, no matter what side of the aisle they sit on.”

Babin summarized the bill and spoke to concerns with the issue during an interview with One America News network. He said it was “sad to say, but a necessary item we have to introduce [the bill.]”

“We don’t have an open and transparent election process,” he said during the interview, and cited public distrust of the election process as part of the rationale for the bill, which now has eight co-sponsors in the House.

If passed, the bill will prevent any states or counties that do not annually check their voter lists against the Social Security Administration’s most recent death records in order to purge them of deceased residents from receiving federal funds from the Department of Transportation or the Department of Education.

In Tyler County, the office of the County Clerk regularly checks the obituaries in the Tyler County Booster to cancel voters on the rolls.

County Clerk Donece Gregory said that every county in Texas has a different method, and in Tyler County, since she is also the voter registrar, whenever someone dies in the county, her office is sent an abstract of the death so there is documentation on file in order to cancel that voter. Gregory said the same thing happens in other counties, whenever a Tyler County resident dies outside the county.

“If someone dies in the hospital in Beaumont, for example, on a monthly basis, Jefferson County will send an abstract of that death to us,” Gregory said.

As far as any deceased persons’ ballots being cast in Tyler County, Gregory said it has never happened that she was aware of. There have been, however, voters who have died after their ballots were cast, and those ballots were counted, as the voters were alive when they voted.

Ultimately, with deceased persons, Gregory said as long as her office has some type of documentation, they will be able to cancel them.

If Babin’s bill becomes law, the penalized counties or states found to be in violation, would be barred from receiving funds from the aforementioned agencies, but Babin said they would not be stopped from law enforcement-related funding at the federal level.

“All elected officials, from your local city council member to your U.S. President, have an obligation to obey the law and prevent fraud in our elections, and Congress should not be awarding taxpayer dollars to any counties or states that refuse to do the job they swore to do,” Babin said.

Babin said during the OAN interview that there are claims of dead people being registered to vote in South Florida being investigated. Similar claims have emerged in other parts of the country since Election Day. The claim has been made in past presidential elections, as well.

“We better get this right or the consequences to our free, democratic republic will be dire,” Babin said.