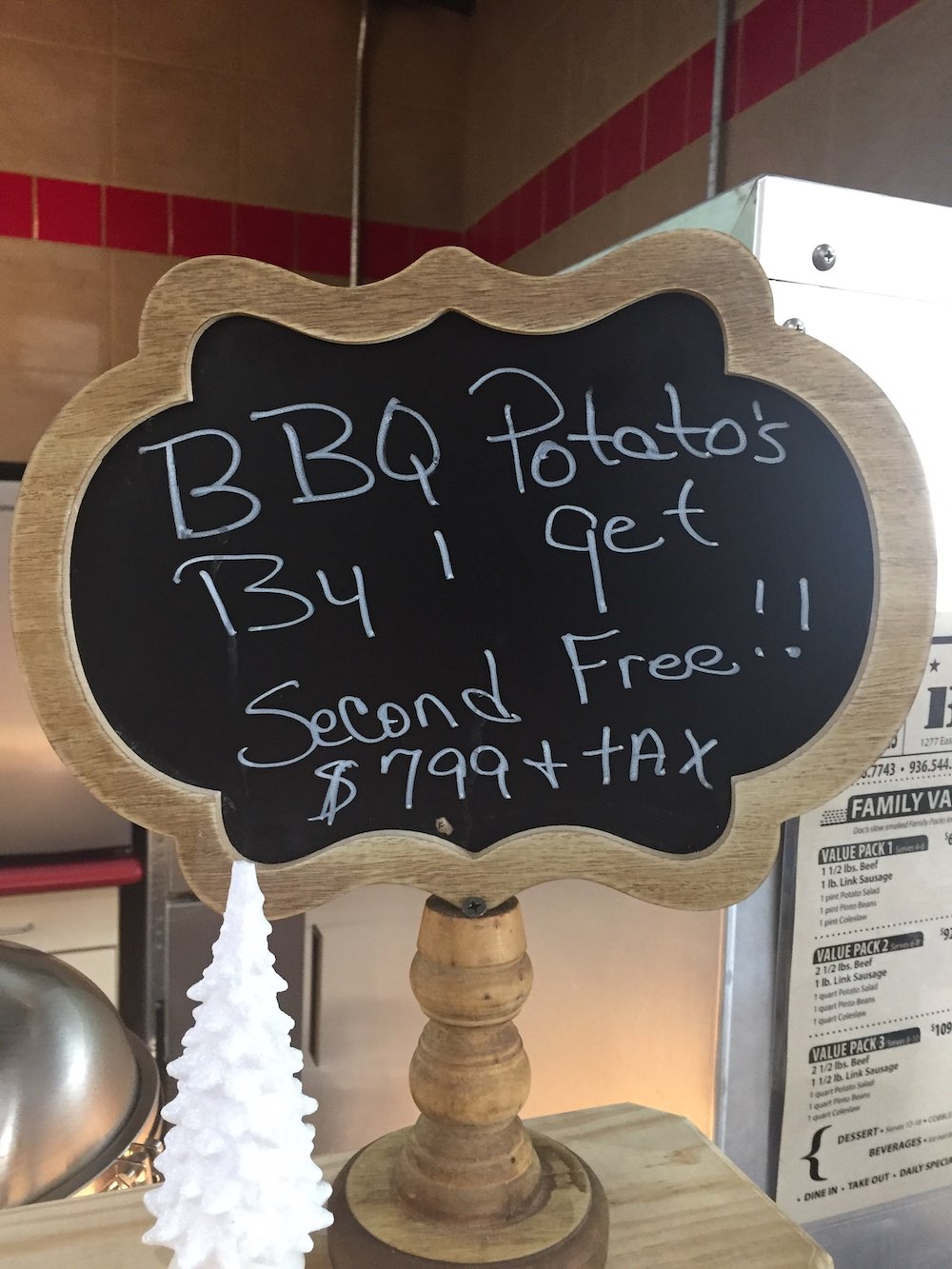 CHRIS EDWARDS | PCPC To pluralize potato, it’s just “potatoes,” not what you see on this sign.

Think of the following series of words as they form sentences as a public service announcement, and one that, no offense, many of you need to read n’ heed.

I am sick and tired of incorrect apostrophe usage, and as we are into the holiday season, it is a great time to try and set some folks on the correct path with regard to this most egregious of grammatical sins.

Seeing apostrophes used incorrectly is many folks’ kryptonite, and for me, it’s a thing that makes me cringe and wonder where the offending party was in second grade when this was taught.

I can’t count the number of times I’ve decided to not darken the door of an establishment due to signage with abused apostophes, or even the number of serious/official/informative/business e-mails that I could not take seriously due to the same factor.

Within the English language, the purpose an apostrophe serves is to indicate possession or the omission of letters or numbers, such as in a contraction or an abbreviated year (e.g. “can’t” and “class of ‘99,” respectively.)

The apostrophe also was apparently the favorite punctuation mark of the late, great Frank Zappa, as he named one of his best-known albums after it.

If you are making out Christmas cards, or having address labels printed off, and let’s say your surname is Anderson, well here’s how to proceed: if you want to send your cards out on behalf of your entire family unit, the card and/or the label should read “From the Andersons,” NOT “From the Anderson’s.”

Just think of all the times you might have received a Christmas letter or card with a label that read “Love, the Campbell’s,” or the number of those signs you might have seen in front of someone’s house reading “The Fulton’s” or “The Smith’s, Est. 2005.”

When as a family, you are wishing someone else a Merry Christmas, there is no possession indicated in that message, and there should be no apostrophe. Adding that apostrophe only complicates things, and as stated earlier, it’s really annoying to a lot of people.

Unfortunately, as basic grammar skills seem out of the reach of many folks in the hyperactive click-click-post environment we inhabit in 2020, the abuse of apostrophes doesn’t end with the incorrect pluralization of names. Just the other day, I saw a posting from someone trying to rent out a house, and they made note of how there were “no dog’s” allowed of prospective tenants. In a reply to an inquiry on the post, the original poster used “dog’s” about 20 times.

So, not only does that look weird, it just does not make any sense and it is just plain wrong (as well as confusing.) Simply adding an “s” onto most words pluralizes it.

As some of you might know from reading my scrawlings, I’m something of a connoisseur of good Texas barbecue. Here’s a quick story that proves the power of grammar. Once, out near Fort Worth I happened upon a ‘cue joint off the highway. They could have had the best smoked meats in the known universe, but the menu, which was posted up on the wall above a window where patrons ordered food, was full of “rib’s” and “link’s” and even “sandwich’s.” Oh, the horror! Again, the barbecue might’ve been legit, but I could not get past that menu and turned tail in hopes of finding another fine Texas ‘cue joint without such an unappetizing menu.

If we can end this year on a positive note, let it be one that finds us steering away from this horrendous habit of misusing and abusing apostrophes.

So if you remember anything, remember that during this holiday season (and every season) last names do not require an apostrophe to become plural, nor do nouns. 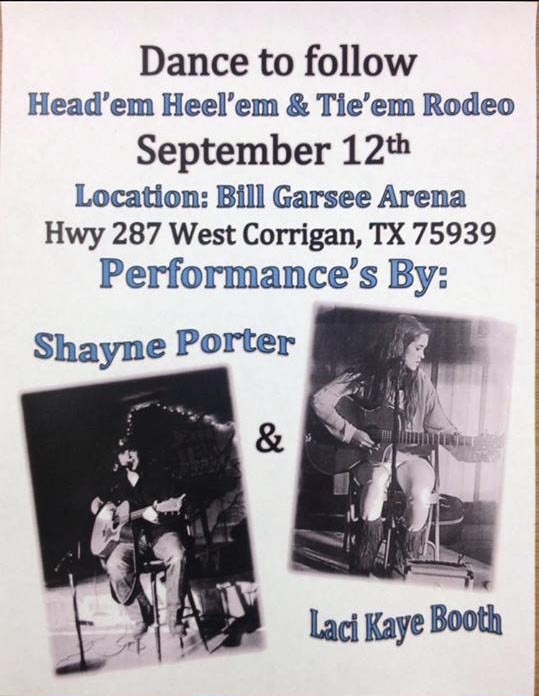 An oldie, but a goodie here – even major-label recording star Laci Kaye Booth wasn’t immune to concert promoters abusing apostrophes to promote shows back in the day. 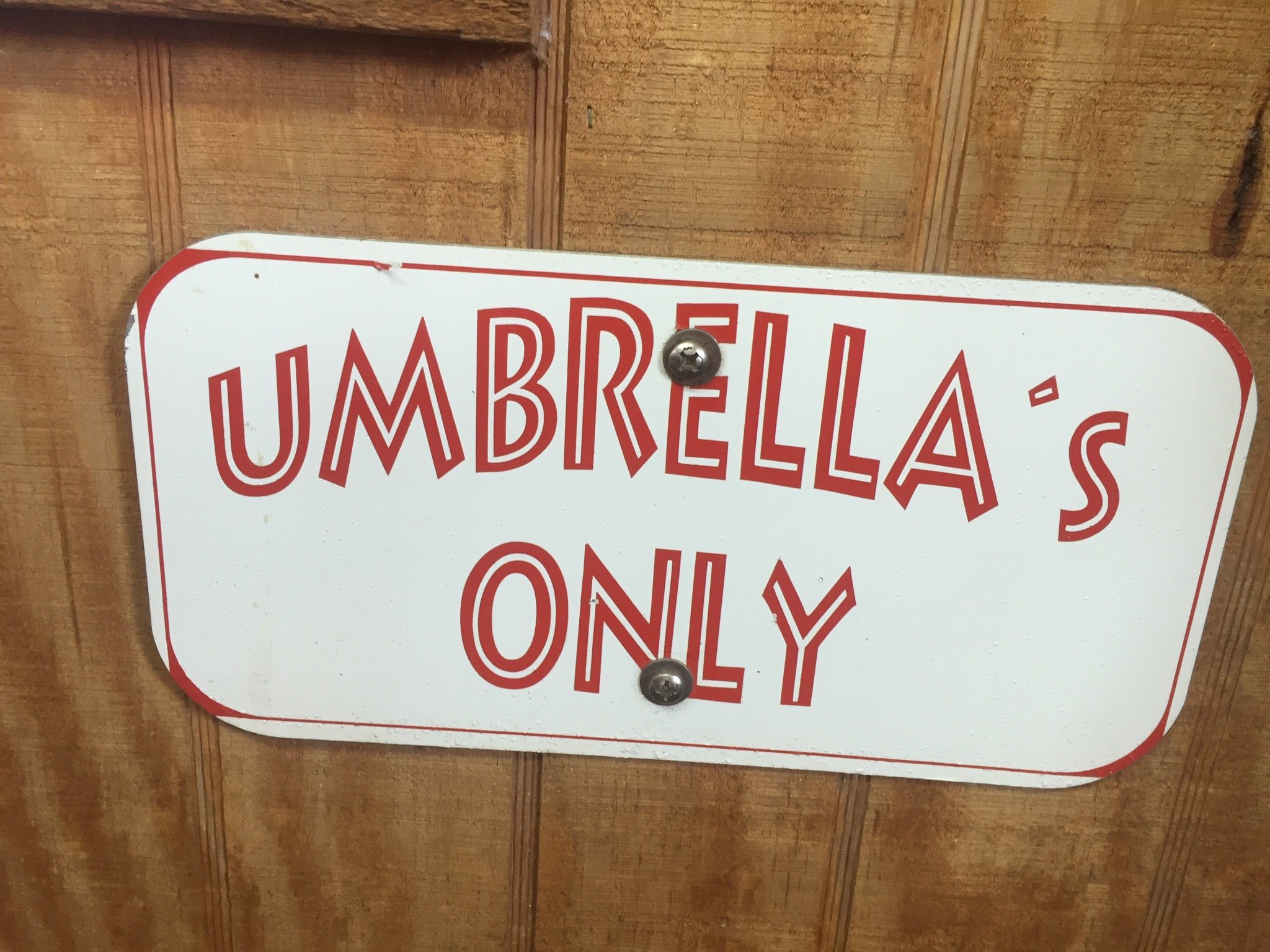 Too nifty of a font for such a grammar sin. 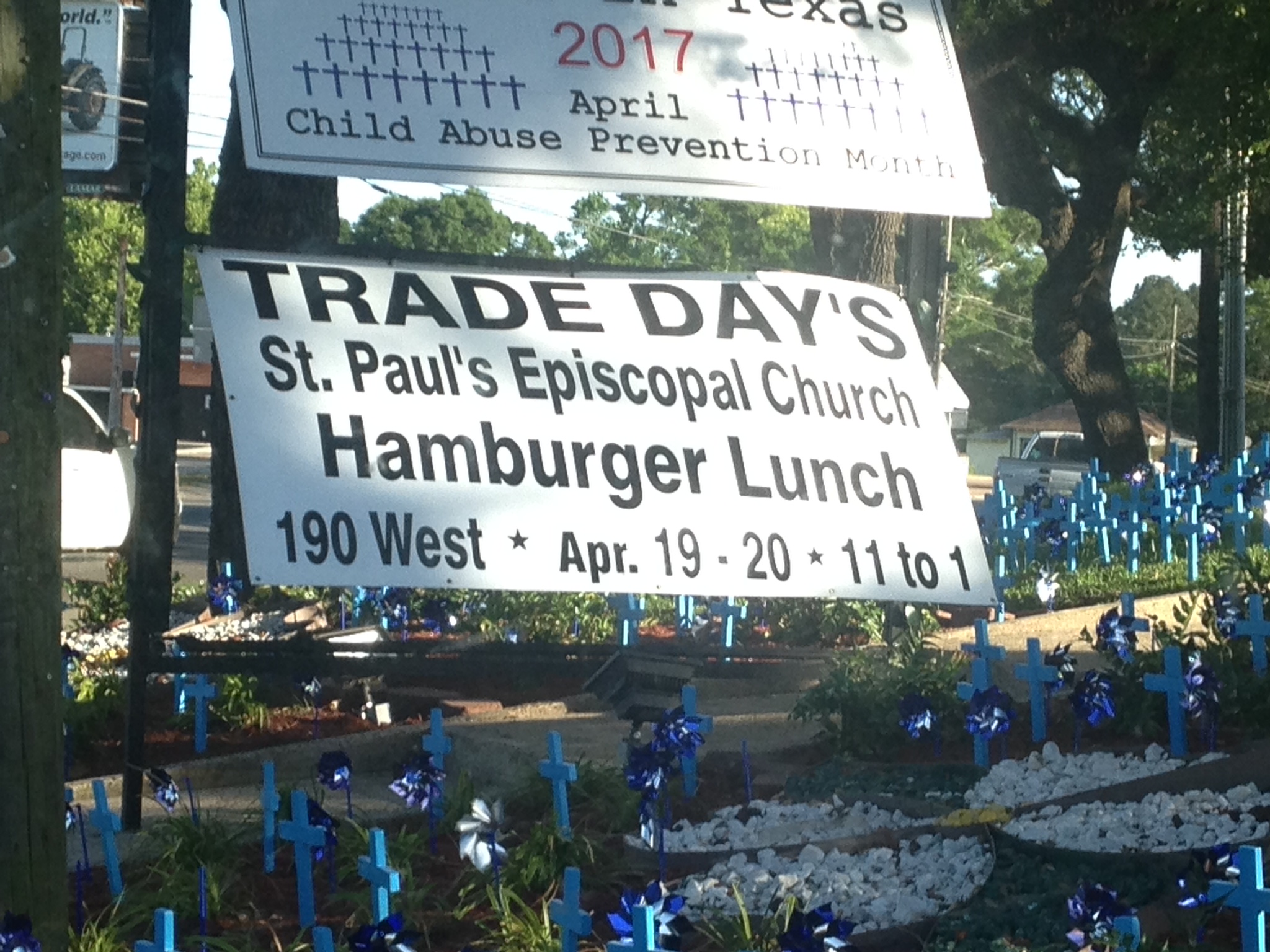 If the guy’s name was “Trade Day,” this might work, but we doubt such is the case. 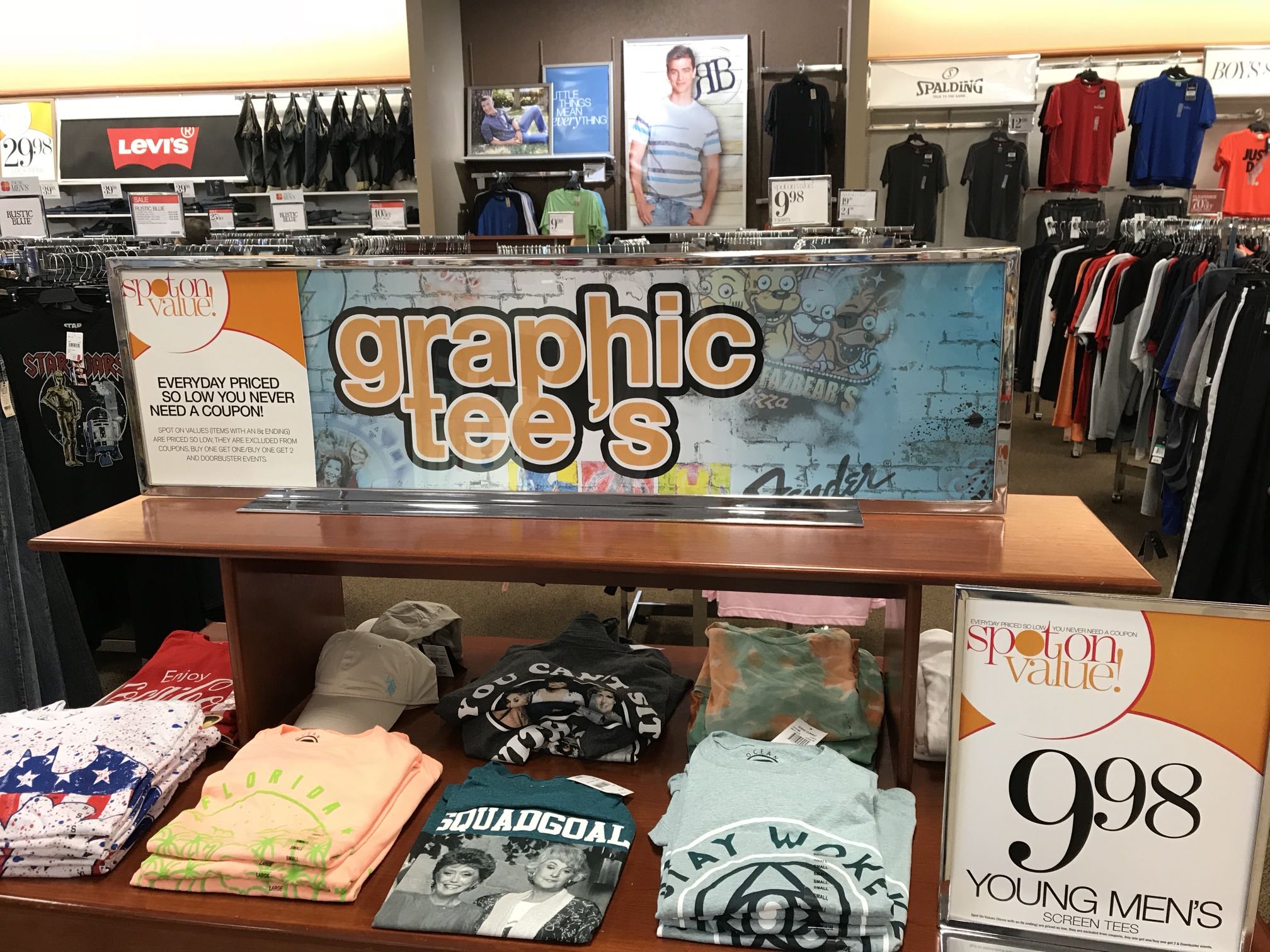 The “h” dripping an apostrophe might look cool on this display, but there’s nothing cool about misusing apostrophes, folks.

#6. Again, Cool Look, But That Copy Though 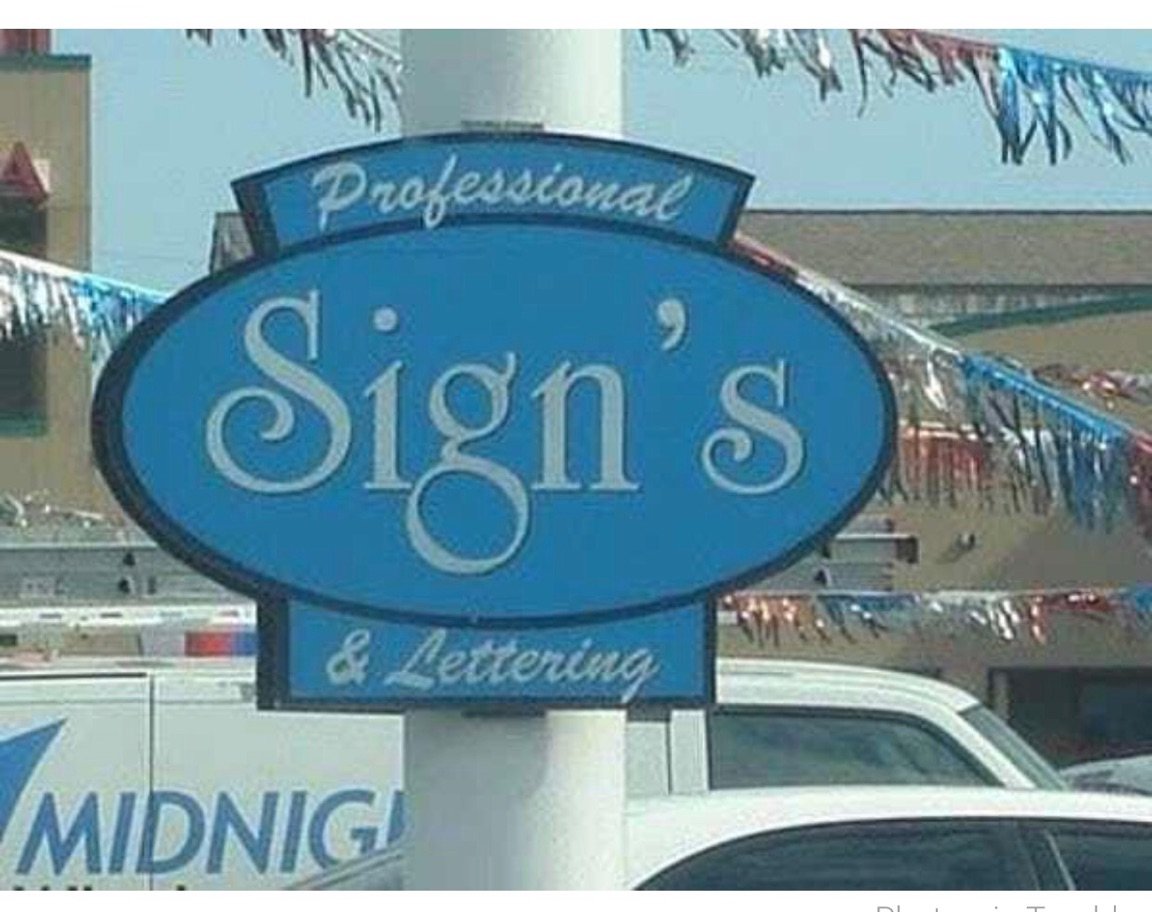 Hmmmm…the “professional” aspect of this is suspect. 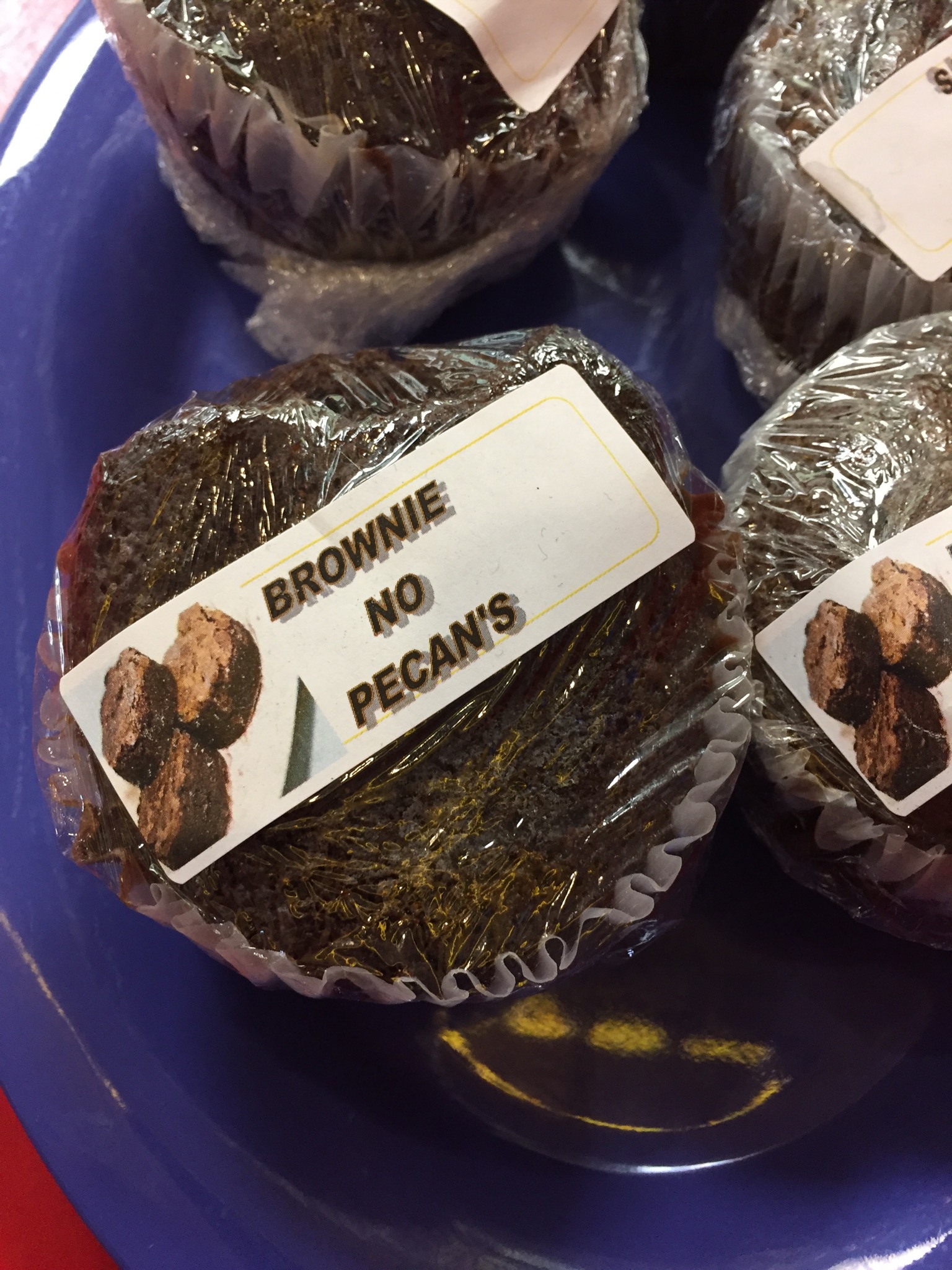 For those who have allergies to such things (misused apostrophes, that is, not pecans.) 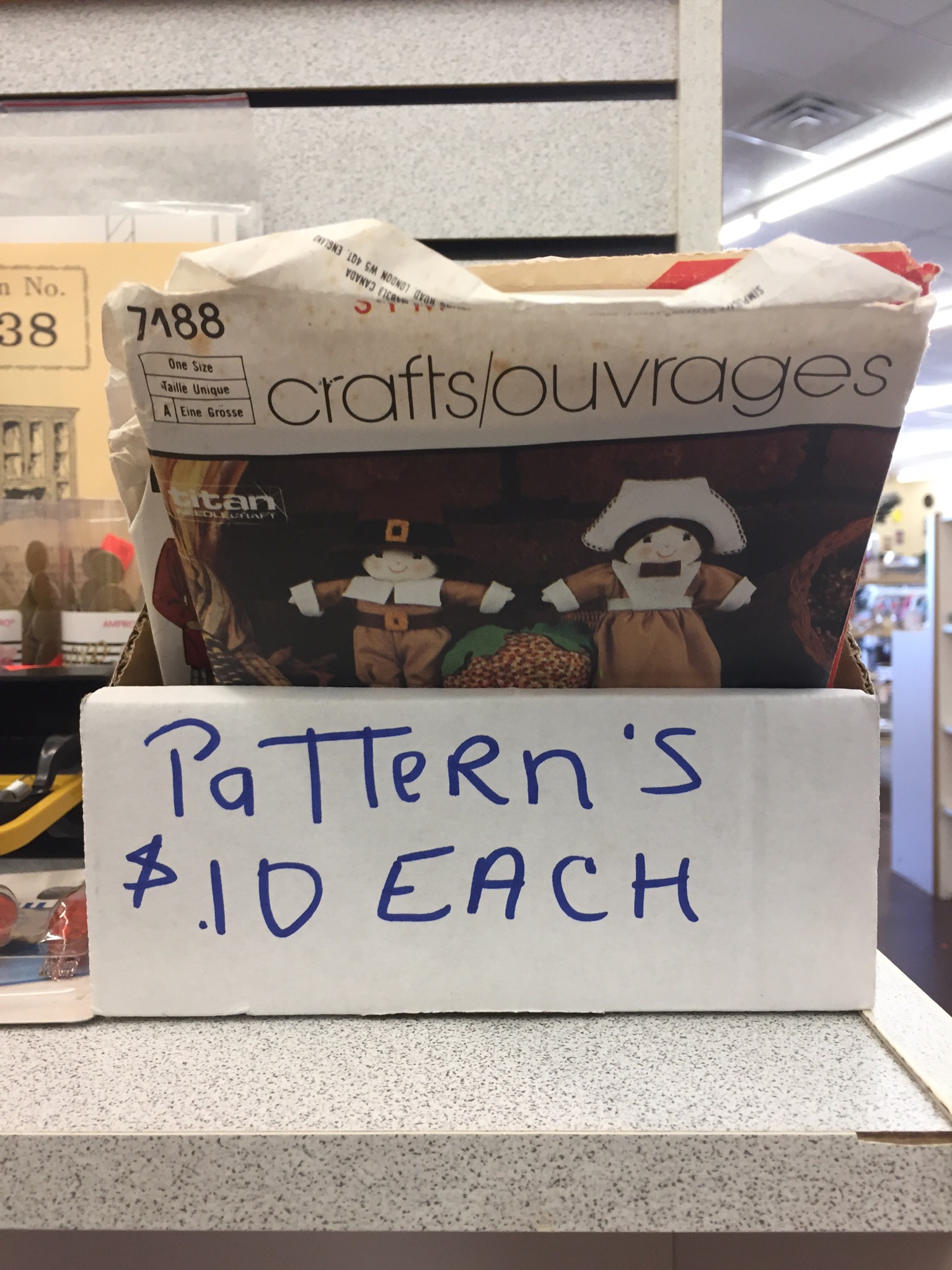 Another example of a pattern of how the poor apostrophe is misused.

#3. A Side of Grammatical Errors 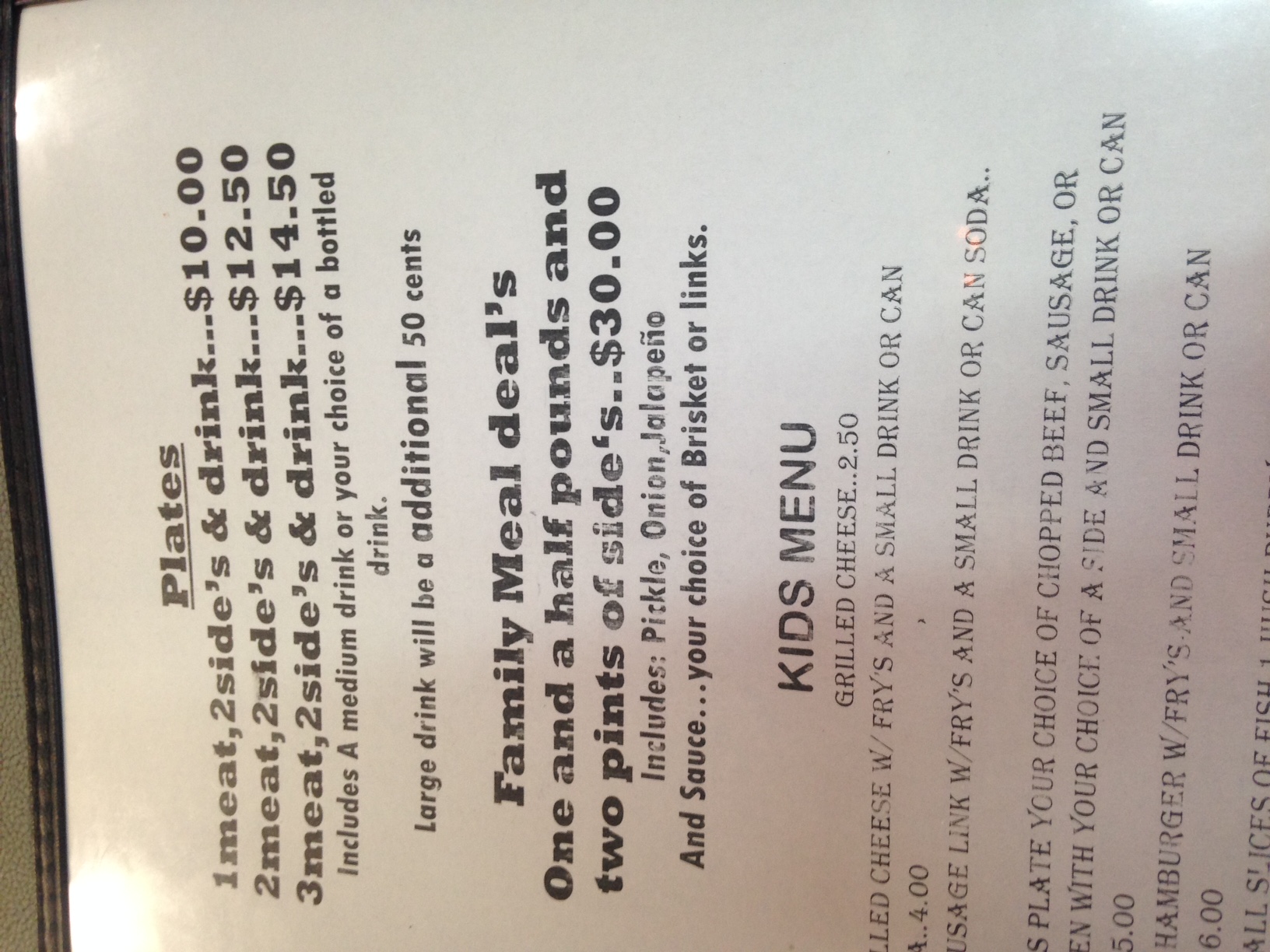 Everything on this menu comes with a side of abused apostrophe. How unappetizing! 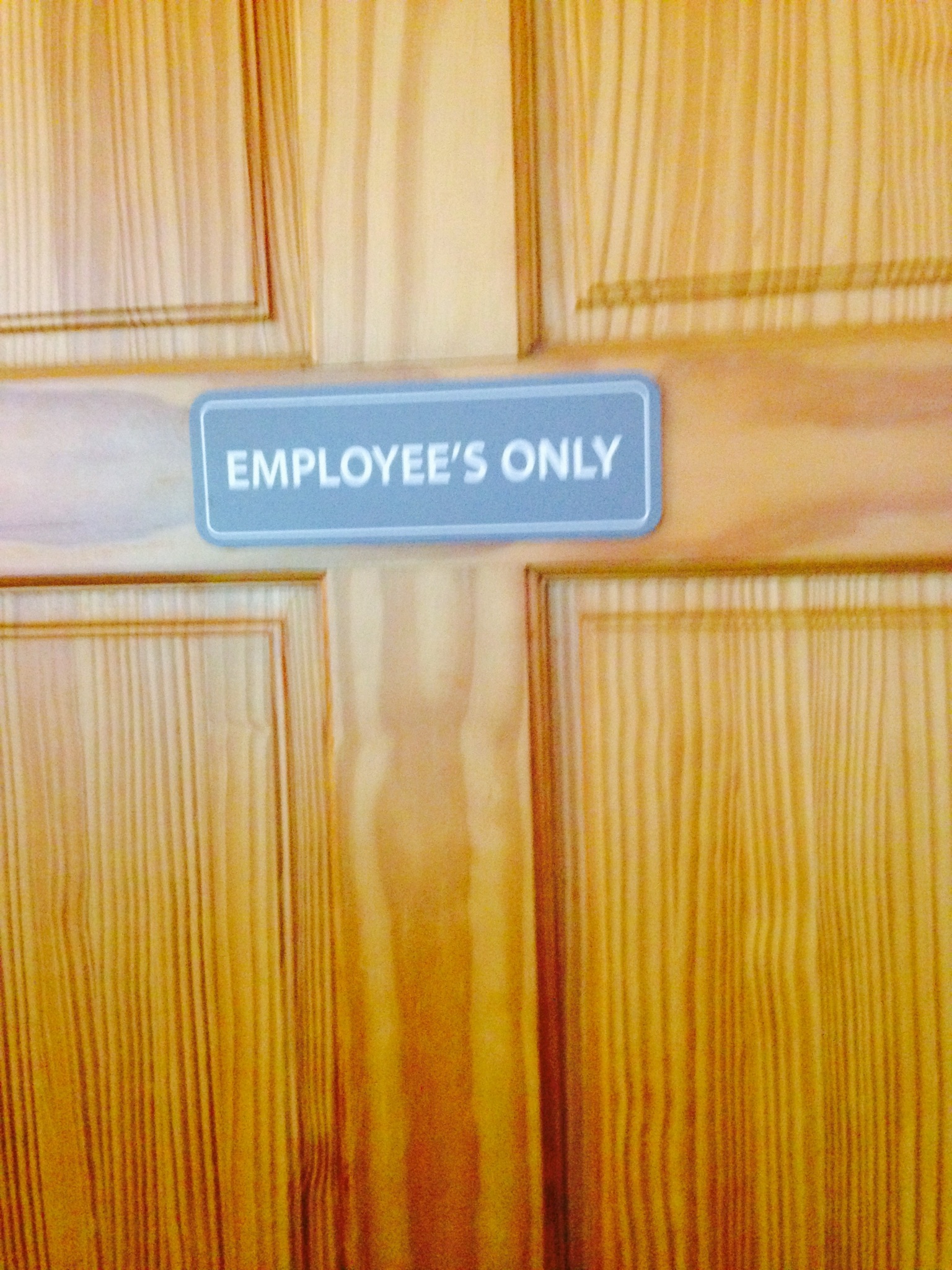 What do only the employees possess that made this sign necessary?

#1. Didn’t They Learn Anything from the Dan Quayle debacle? 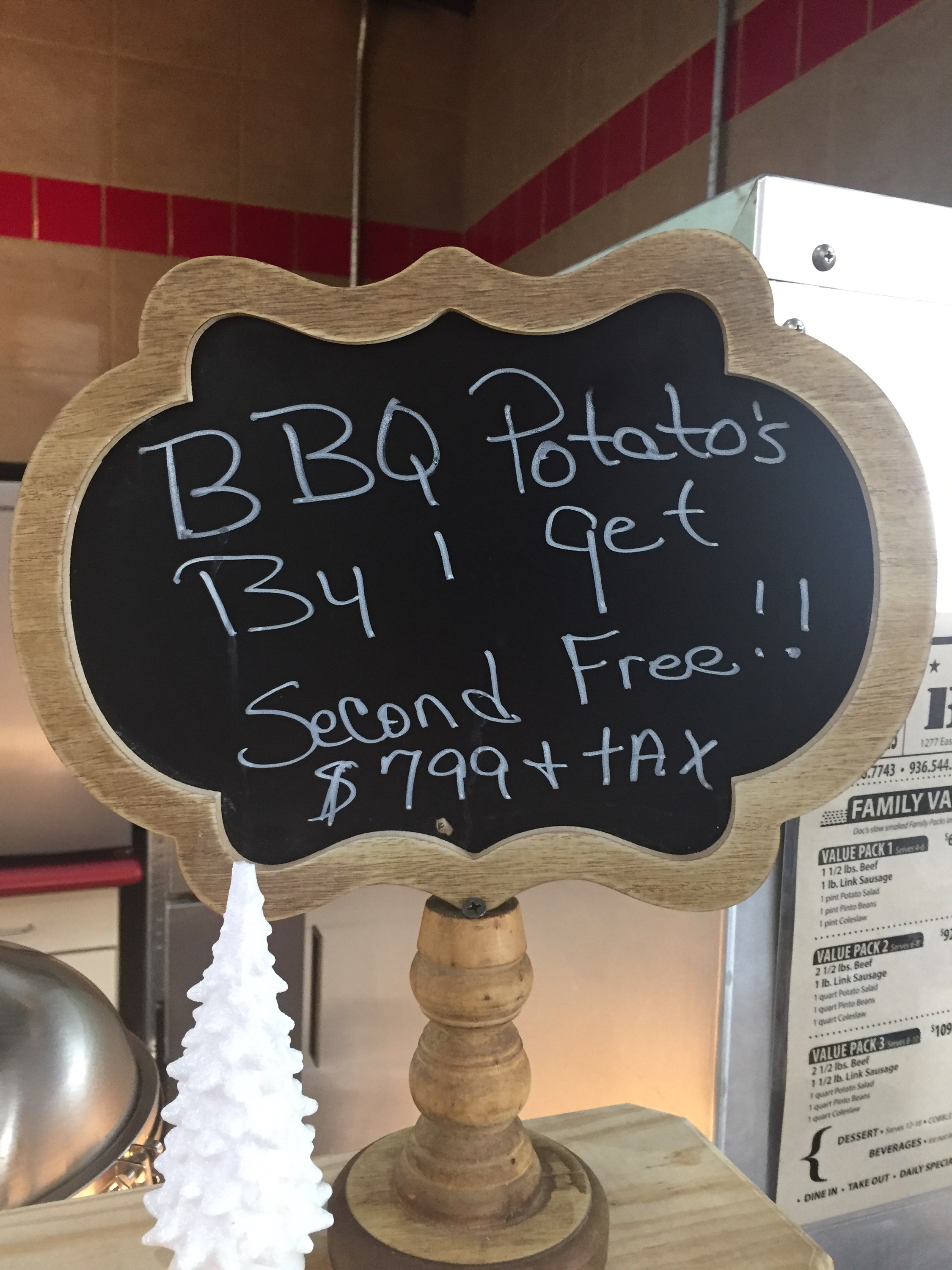