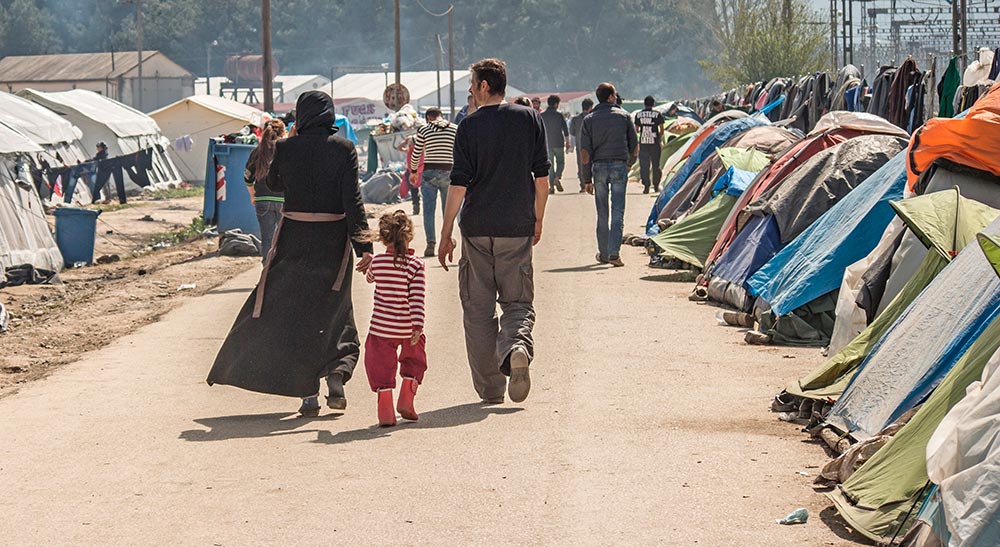 Three people were arrested last week by federal authorities in connection with a human smuggling incident that left 53 migrants dead.

The migrants were discovered inside a tractor-trailer on San Antonio’s Southwest Side, according to the San Antonio Express-News. The victims were from Mexico, Guatemala and Honduras.

Eleven other people were rescued from the trailer.

“We are devastated by the news,” Cesar Espinosa, an immigrant advocate with FIEL Houston, an immigrant rights organization, told the Express-News. “Unfortunately, this is not the first time, and unfortunately, it won’t be the last time that it happens as long as we don’t have a pathway for people to migrate safely into the U.S.”

Meantime, Gov. Greg Abbott announced additional truck checkpoints would immediately be established targeting semi-trucks, and strike teams consisting of 20 troopers are being sent to the Eagle Pass region “to detect and defer unlawful border crossings and apprehend illegal migrants.”
The trailer had passed through a federal Border Patrol checkpoint.

Multiple cases of monkeypox have been reported in Texas by the Texas Department of State Health Services and local health departments. A dozen cases have been identified in people who did not travel outside the state, meaning they were exposed in Texas.

“With the sharp increase in monkeypox cases worldwide, it’s not surprising to see the virus spread in Texas,” said Dr. Jennifer Shuford, chief state epidemiologist. “We want people to know what the symptoms are, and if they have symptoms, to avoid the types of close contact with other people that can spread the disease.”

Monkeypox is a viral illness with symptoms such as fever, headache, muscle aches, swollen lymph nodes, chills, and exhaustion. People who develop a rash should avoid direct contact with other people and contact their health-care provider for next steps.

A vaccine is available and can be given to people within four days of exposure.

Abbott and other state leaders last week announced the transfer of $105.5 million to support additional school safety and mental health initiatives through the end of August 2023.

“This additional funding will boost actions the state of Texas has already taken to make schools safer and support the mental health of children, teachers, and families following the tragedy at Robb Elementary School in Uvalde,” according to a news release.

Roughly half of the funds are going for bullet-resistant shields. Funding is also being provided for mental-health services and other school safety services.

Boaters are being urged to fight back against the aquatic invasive species that threaten Texas lakes.

“The best way to prevent the spread of many destructive aquatic invasive species is to clean, drain and dry your boats and equipment – every time,” said Brian Van Zee with the Texas Parks & Wildlife Department.

Zebra mussels and giant salvinia remain the biggest threats to Texas lakes, though other invasive species are being spread, including water hyacinth, crested floating heart and quagga mussels.

Zebra mussels are found in 33 Texas lakes, while giant salvinia is present on 23 East Texas lakes and numerous rivers, creeks and marshes between Houston and Beaumont.

“Boaters need to remove all plants, mud and debris from boats, trailers, vehicles and gear and drain all waterfrom the boat, equipment and on-board receptacles before leaving the lake. In addition, boats should be dried completely before visiting another lake, preferably for at least a week,” according to TPWD.

Transporting prohibited aquatic invasive species is illegal and punishable with a fine of up to $500 per violation.

Above-normal temperatures and a lack of rainfall in the past month mean the risk of wildfires remains high across the state.

“State and local first responders have been incredibly busy this year without much reprieve and forecast conditions indicate that we may be facing a very busy summer season as well,” said Wes Moorehead, Texas A&M Forest Service fire chief. “We urge Texans to be cautious and prevent wildfire ignitions this summer.”

There are three active wildfires, the largest being the Dempsey Fire which covers 11,598 acres and is 60 percent contained. A total of 181 counties are under burn bans.