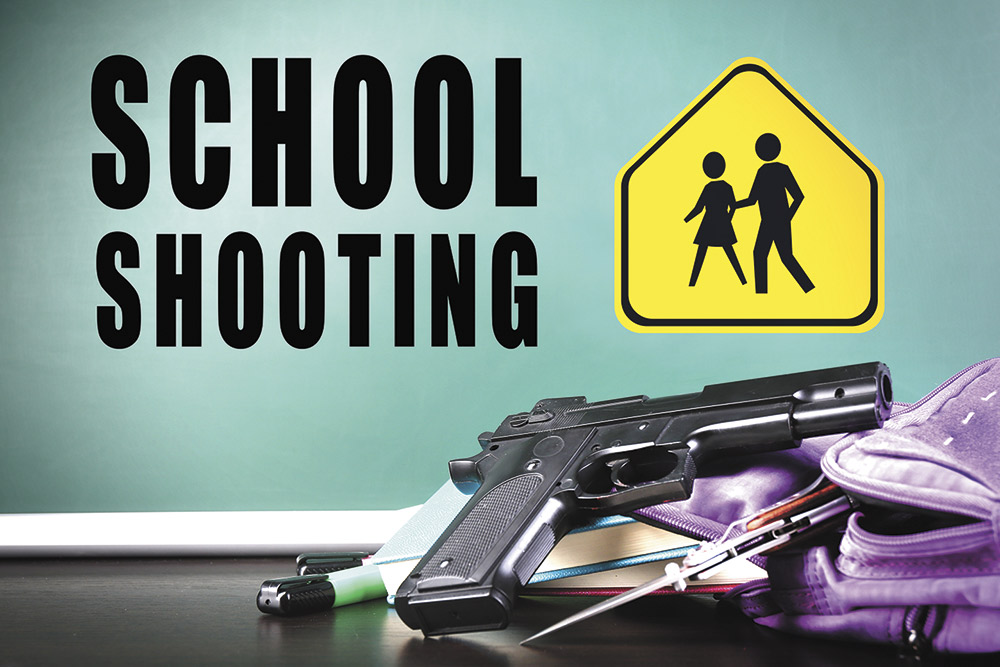 Sen. Roland Gutierrez released a statement saying in the wake of the senseless tragedy, the people of Uvalde and Texas have demanded answers from their government.

State Sen. Roland Gutierrez, who represents Uvalde, has sued the Texas Department of Public Safety over records relating to the Uvalde school shooting that have been withheld.

“In the wake of the senseless tragedy, the people of Uvalde and Texas have demanded answers from their government. To date, they have been met with lies, misstatements, and shifts of blame,” Gutierrez said in a lawsuit filed Wednesday, according to the Texas Tribune.

Both state and local Uvalde officials are contesting releasing the records that could shed light on the botched emergency response to the shooting, which killed 19 children and two teachers. Law enforcement responding to the shooting waited more than an hour before breaking into the classroom to kill the shooter.

Meanwhile, Gov. Greg Abbott said his office has been transparent in providing information since the May 24 massacre, in a statement released by his press secretary: “The governor and his office will continue making all available information public, including the full results of the ongoing investigation by the Texas Rangers and the FBI. The governor wants all facts of this tragedy to be made public as quickly as possible and will do his part to achieve that goal.”

The U.S. Supreme Court ruling overturning Roe vs. Wade effectively ends all legal abortions in Texas within the next 30 days, many news media outlets reported.

“Planned Parenthood and Whole Woman’s Health, with clinics across Texas, stopped performing abortions following Friday’s decision, due to uncertainty about how the ruling will affect the state’s trigger law and a long-standing ban on abortion that predates Roe v. Wade, officials with those organizations said,” according to the Austin American-Statesman.

“Texas is a pro-life state, and we have taken significant action to protect the sanctity of life,” Gov. Greg Abbott said in an issued statement.
Beto O’Rourke, Abbott’s Democratic opponent in the November gubernatorial election, said on Twitter, “I will always fight for a woman’s freedom to make her own decisions about her own body, health care, and future.”

The risk of wildfire across a large swath of Texas continues as the state enters summer after enduring a hot, dry spring.

The Texas A&M Forest Service reported that last week marked the third week in a row with high-pressure weather systems dominating the state.
Above-normal temperatures and below normal rainfall are again forecast throughout Texas. As a result, the forest service reported responding to seven wildfires that burned more than 1,000 acres as of late last week. All but one had been contained — the Dempsey Fire in Palo Pinto County, which has burned more than 1,000 acres.

A total of 160 Texas counties have enacted burn bans to date.

Drunk drivers cause one in four state traffic fatalities

One in four traffic deaths on Texas roads last year were caused by drunk drivers, while more than 25,000 traffic crashes involved drunk driving — up 9 percent over 2020.

The Texas Department of Transportation has again launched its “Faces of Drunk Driving” campaign to remind motorists of the human toll a drunk-driving crash causes on the lives of both victims and survivors. The campaign features testimonials from both victims of drunk drivers and drunk drivers as well.

“Every crash and every death caused by a drunk driver is 100 percent preventable,” said TxDOT Executive Director Marc Williams. “We hope these personal accounts from real offenders and survivors wake people up to the consequences of drinking and driving. Always get a sober ride through a designated driver, taxi, rideshare app, or calling a friend — or simply stay where you are.”

It’s time for cities to go to the birds.

Audubon Texas and the Texas Parks and Wildlife Department are accepting applications from communities that would like to receive Bird City Texas certification. The program, in its fourth year, recognizes the contributions that communities make to improve nature in and around where people live, work and play.

“All communities, big and small, are eligible to participate,” says Richard Heilbrun with TPWD. “Bird City Texas is a great way to demonstrate that a community values nature, that they’re willing to improve that nature, and that residents are encouraged to get outside and experience nature.”

Certification is based on work in three categories: education and engagement, habitat management and improvement and removal of threats to birds. Community residents are encouraged to be part of the process, Heilbrun said.

Applications for Bird City certification will be accepted through Dec. 2, but applications must be started by Nov. 1. More information can be found here: https://tpwd.texas.gov/wildlife/birding/bird-city-texas.

COVID-19 cases up, deaths down

The number of new COVID-19 cases reported by the Coronavirus Resource Center at Johns Hopkins University rose once again in Texas the past week, with 61,682 reported — up 28 percent from the previous week, though deaths dropped sharply to 66.

The number of lab-confirmed COVID-19 cases in Texas hospitals rose to 2,055, up 17.6 percent from the previous week, according to the Texas Department of State Health Services.