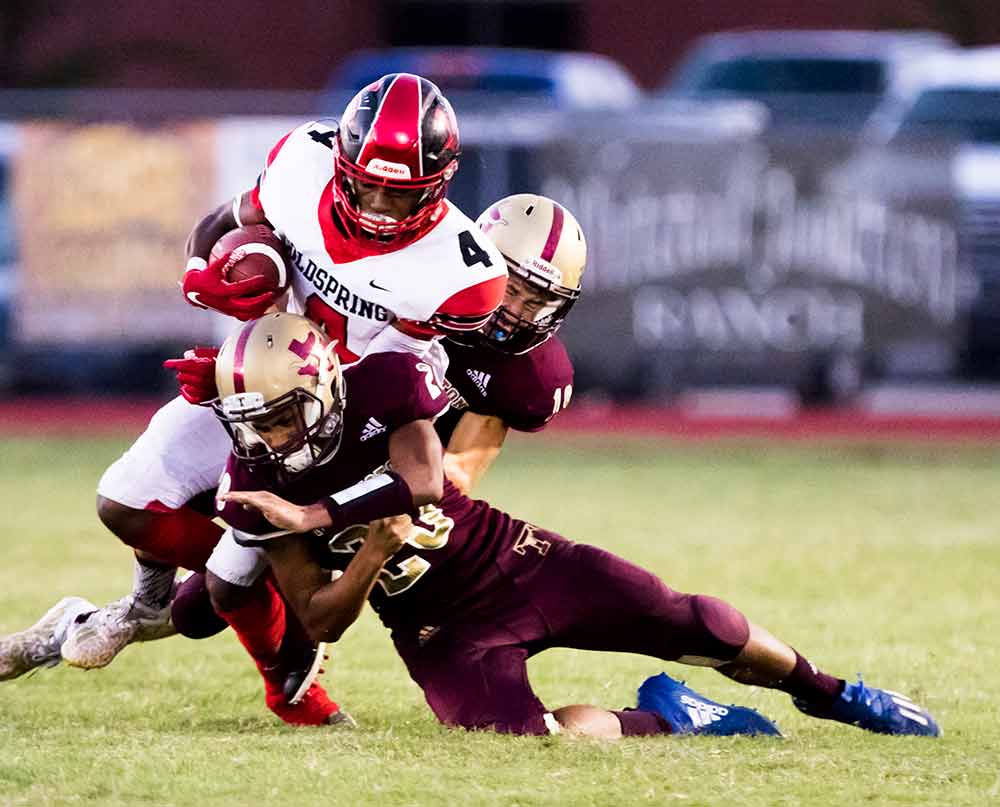 Cam Shaw-Rucker (No. 4) slides off tackle for a nice yardage gain during the Friday night’s game against The Tarkington Longhorns, with a 51-0 win. (Photo by Charles Ballard.)

CLEVELAND — The Tarkington Longhorns never had a clue on how to handle the fast-acting Coldspring Trojans, and were held scoreless on Friday

The Trojans posted a 51-0 win over Tarkington.

The Trojans scored early and often. With just 9:45 on the clock in the first quarter, Eddie Brown rolled off-tackle for the first score of the night. The two-point attempt failed so the early score was just 6-0.

Later on in the first quarter, with just 2:43 left on the clock, the Trojans pushed another TD and this time the two-point attempt was successful, sending the score to 14-0.

Early in the second quarter the Trojans posted yet another TD, putting the score at 21-0. Coldspring scored twice more to send the teams into halftime with the Trojans leading 33-0.

The second half was more of the same, leading to the final score of 51-0. Coldspring put up 423 rushing yards and 439 total yards on offense.

In the air, quarterback Luke Monroe went 1-of-2 for 16 yards

Next week is the district’s bye week, after which district play will start against Trinity.