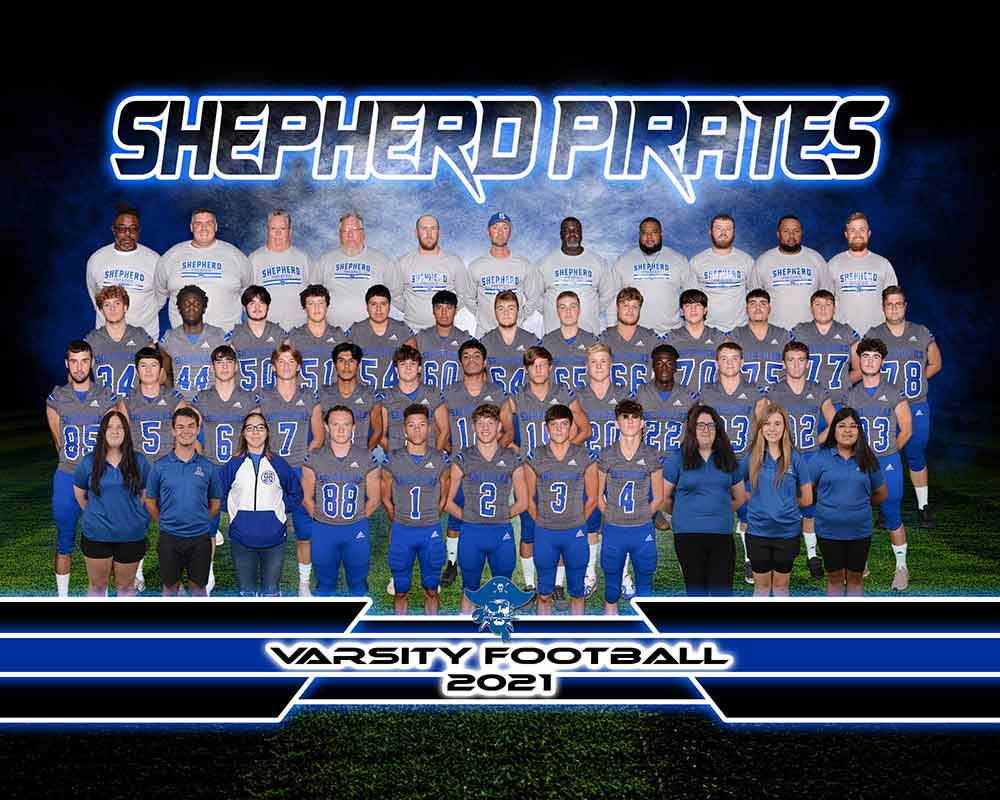 DIBOLL — The Shepherd Pirates, one of only a few teams playing last week, lost a last-minute substitution game on Friday 26-12.

Head Coach Miles Robison said that while the team moved the ball well, they had some costly turnovers in the form of interceptions.

“I thought our kids played well considering we weren’t originally scheduled to play Diboll,” he said. “We were excited to play a game when many area teams had to cancel because of COVID. I also I thought playing a quality football team like Diboll would only make us better.”

Robison said the team still is making some mental mistakes, but has shown improvement over past two weeks.

“Our defense gave up a couple of long TD runs the first half, but made good adjustments in the second half,” he said. 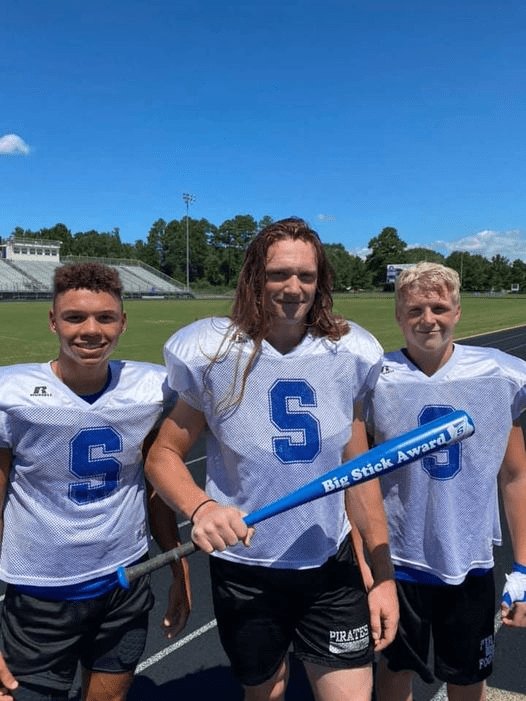 The Shepherd Pirates Players of the Week for the 44-14 win over Tarkington are (from left) H.D. Green for offense, with 75 yards rushing, 117 yards passing and two TDs; the Hit of Week Award winner Landon Robbins; and Preston Stephens for defense, with four tackles and two sacks.While quarterback H.D. Green went 1-11 with two interceptions in the air, he carried the ball 20 times for 131 yards and scored the team’s two TDs.

Junior Tanner Lacey carried the ball 11 times for 94 yards, with one run racking up 33 yards.

For defense, Alberto Tovar pulled in the team’s only interception, and led with five solo and two assisted tackles. He was followed by Eli Wyatt, who tackled five solo and one assisted, and Preston Stephens with 3 and 2.

Both teams now stand at 1-1 overall.

Barring any last-minute cancellations, the Pirates face the Coldspring Trojans at home on Friday, and Robison said it should be a good game.

“They’re big up front, and have couple of good backs,” he said. “We’ll be working on plan to hopefully slow down big plays and control the football to keep our defense off the field.”

A new middle school game has been added for Shepherd/Coldspring as well, which will be at 4:30 p.m. Tuesday, Sept. 21, at Coldspring.