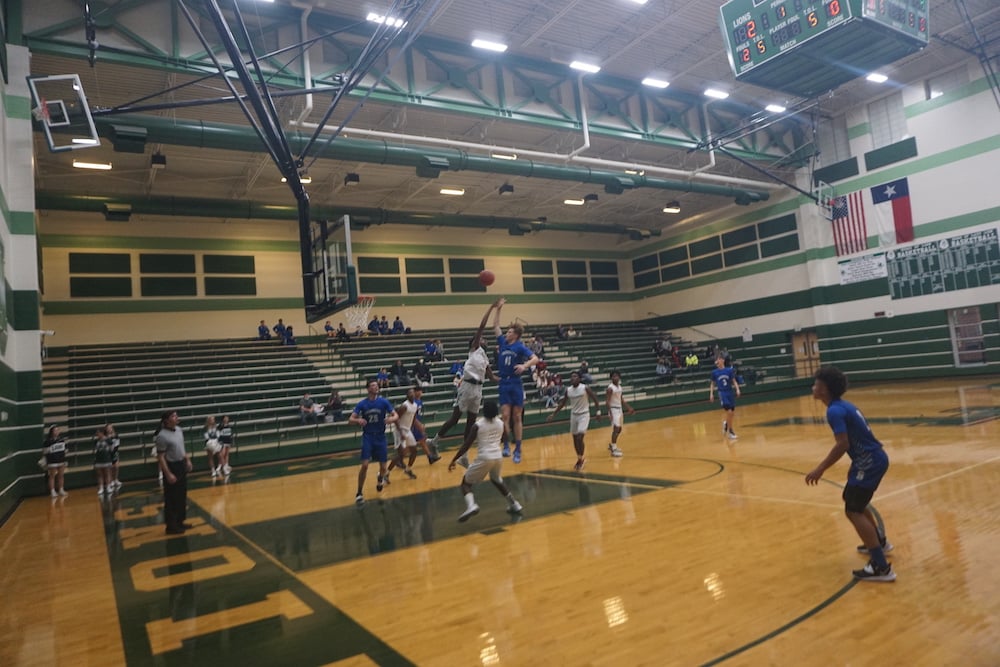 JASON CHLAPEK I SJNT Shepherd guard Dillen Johnson (11) shoots over a defender during a recent game.

SHEPHERD — In a bizarre week that featured three games in a four-day span, the Shepherd boys basketball team maintained its stronghold on third place in the District 21-4A standings with a pair of wins last week.

In last Friday’s win at Liberty, the Pirates dominated the first three quarters and led 47-24 heading into the final quarter. But the Panthers went on a 35-18 run to pull within six, 65-59, by the end of the contest.

In the Pirates’ victory at Splendora on Jan. 27, they held a slim lead throughout and were led by a 14-point performance from Jesse Valerie and a double-double from Johnson (10 points, 11 rebounds). Renovato (11 points, 9 rebounds) and Thiessen (13 points) also contributed.

In the home loss to Hardin-Jefferson on Jan. 26, Shepherd trailed 45-39 going into the fourth before the Hawks soared to victory with a 21-11 game-ending run. Davis and Renovato led the Pirates with 20 and 16 points, respectively.