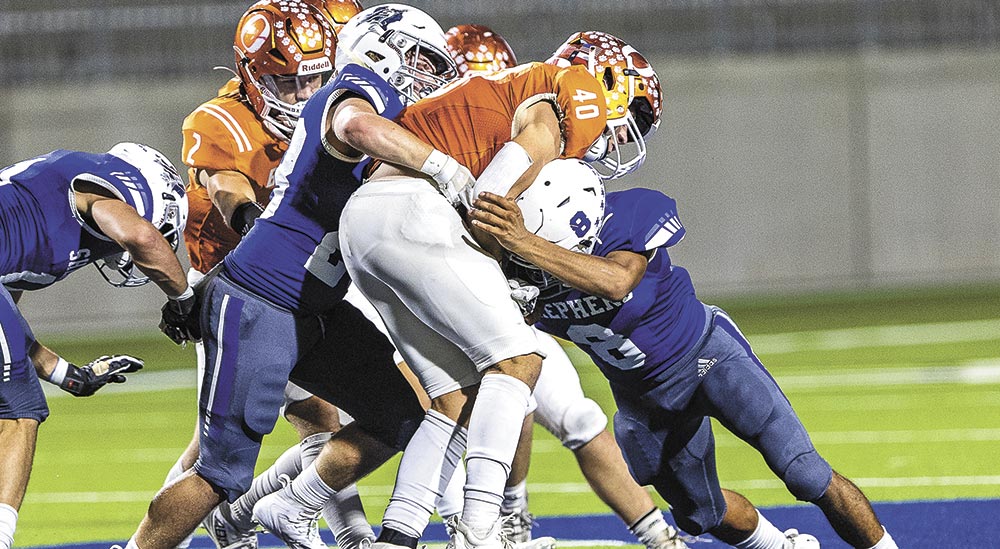 Coach Kedrick Harrison of the Shepherd Pirates said, “We have learned a lot this year and plan on using it today against the Orangefield Bobcats and in future years to come. Photo by Charles Ballard

HOUSTON — Shepherd’s postseason ended with a 55-12 drubbing from top-ranked Orangefield in the bi-district level of 3A playoffs on Thursday.

Orangefield was undefeated in district, and it was apparent as they scored on their first drive of the game.

Less than 3 minutes later, the Bobcats scored again, and racked up a third TD four minutes after that.

Early in the second quarter Pirate Preston Stephens posted the first TD for Shepherd, sending the game into halftime with the Bobcats in control 21-6.

The second half was more of the same, as Orangefield scored 34 more points to Shepherd’s 6, sending the Orangefield Bobcats to the next round of the UIL Playoff.