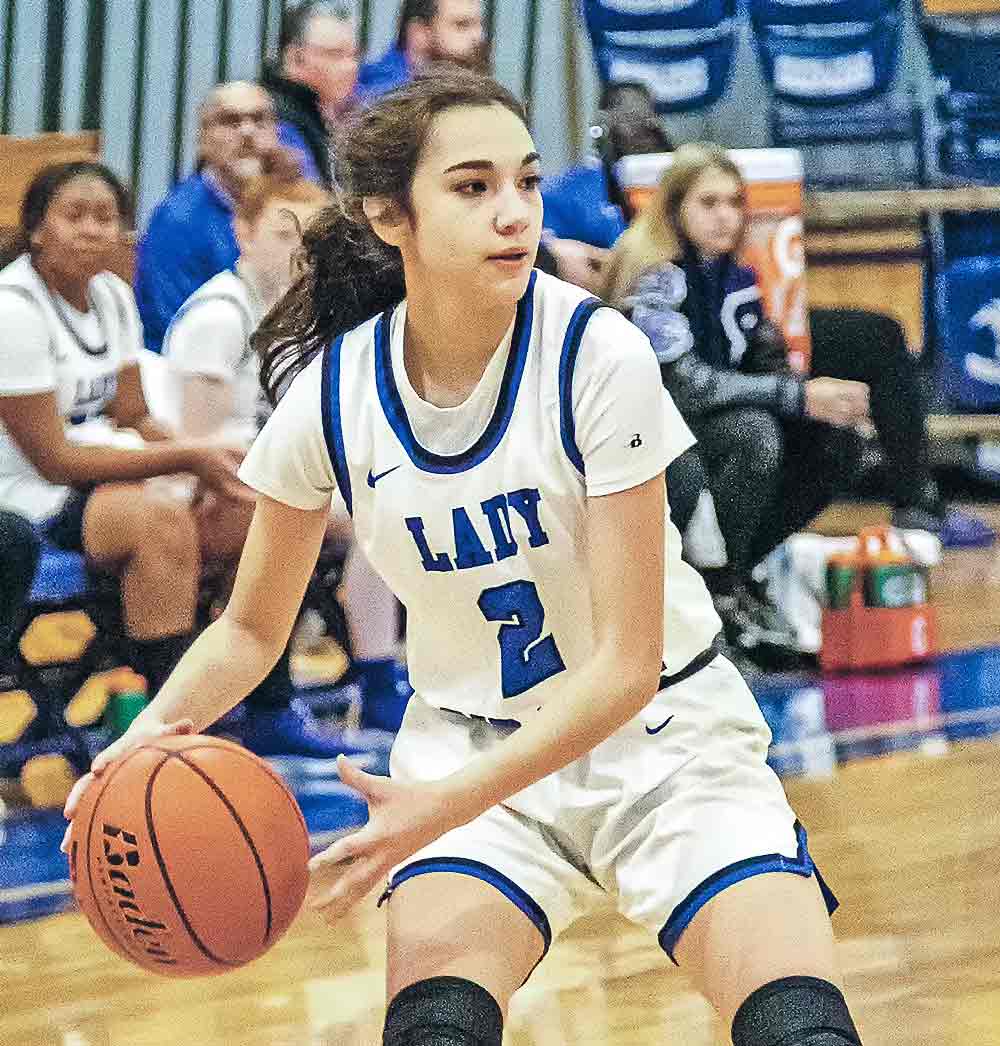 Grace Ramos of the Lady Pirates goes “Coast to Coast” for a layup during the district game against the Lady Huffman Falcons. Photo by Charles Ballard

SHEPHERD — The Pirates continue to struggle in district, falling to two rivals.

They struggled at the line with only 7 points out of 16, 43 percent of the shots made the baskets.

High scorers were Tristen Cullum with 27 and Jesse Valerie with 9.

Top scorers were Cullum with 20 points, Payton Burton with 14 and Valerie with 13 points.

HARDIN — The Trojans went positive in their district record with the Jan. 18 defeat of Hardin 51-48.

Top scorers were Luke Monroe with 17 points, Chris Harden with 13 and Cam Shaw-Rucker with 10.

The Friday Anderson-Shiro game was canceled on Friday because both schools were shut down because of COVID. The game has been rescheduled for this coming Thursday at 6:30

On Friday, Shepherd lost to Huffman-Hargrave 77-30