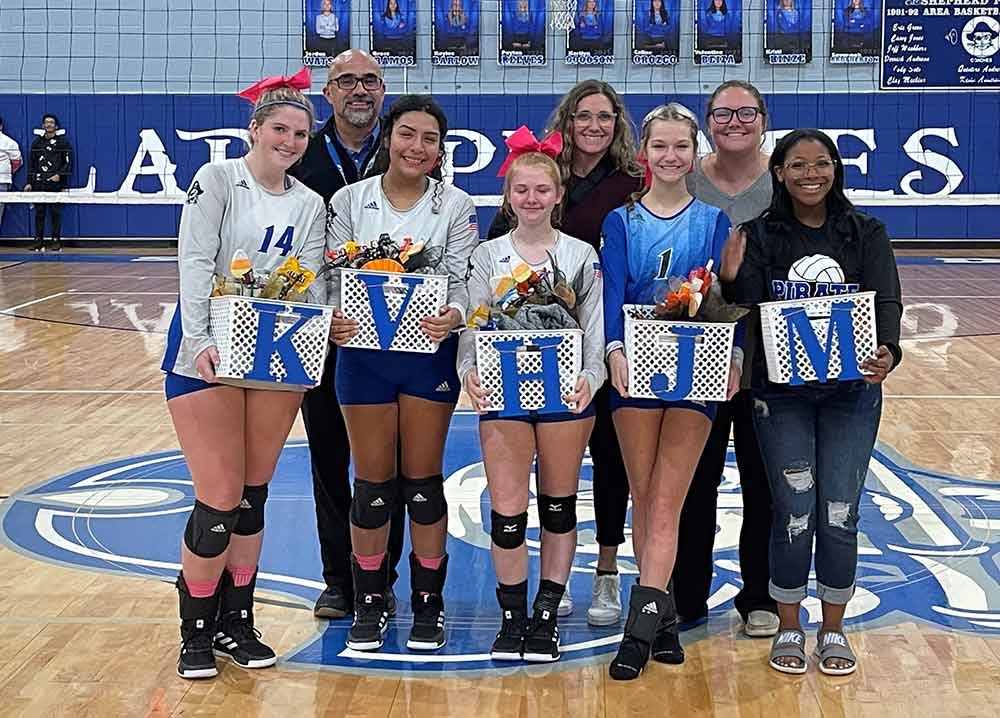 On Friday night, not only were seniors Kristi Hinze, Jordan Watkins, Valentina Beiza and Hope Counseller, but all four had amazing plays and contributed to the win in the fifth set. Crista Hinds had the best night of the season with several kills in the last two points, one of which hit the 10-foot line. As a whole these girls played as a team and earned every point we scored, giving the Lady Pirates a 3-2 win over Hamshire-Fannett. On Oct. 19 against Livingston, Celine Orozco, Kortlyn Goodson and Jordan Watkins played great, but it was not enough and Shepherd lost against Livingston in 3. (Courtesy Photo)