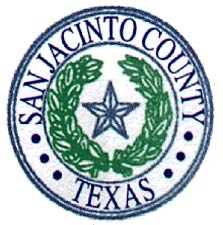 COLDSPRING — Opening the meeting with public comment, Van Weldon, owner of a produce farm near the proposed landfill in the southern part of the county, wanted to know if commissioners were OK with the newest addition.

The court would not return comment, citing the matter was not on the agenda, though several times Weldon stated he had filed the appropriate paperwork with the County Clerk’s office to create an action item on the agenda.

Commissioner David Brandon, who wrote to TCEQ earlier this year regarding road conditions and “unwanted changes” nearby residents would endure as a consequence of the landfill, refused to give any statement or opinion when asked by Weldon.

When Commissioner Mark Netunno, also a DETCOG chairman familiar with the situation, was asked if he was for or against it, stated “I don’t see any reason why it shouldn’t be here. If you buy a piece of land you should be able to do anything as long as it doesn’t affect anyone else.”

TCEQ has raised concerns over violations and erosion problems at the Livingston landfill, with concerns of similar happenings occurring at the proposed San Jacinto one since it would be run by the same company, Peach Creek Environmental. The cities of Shepherd and Cleveland have already signed resolutions stating they view the landfill as a public health concern.

The company has made a $75,000 donation to fix and maintain a road leading up to the 2,000-acre property, despite not having obtained a permit yet.

A virtual public hearing will be held by TCEQ on Sept. 28. Without addressing the concern, the gentleman was dismissed by Judge Fritz Faulkner.

In a separate matter, after successfully applying, San Jacinto County will receive a $5.5 million grant from the American Rescue Plan. Since the program is new it is still being learned what can be done with the money, but objectives listed on the US Treasury’s website include replacing lost revenue, addressing public and economic challenges, and continuing efforts to decrease the spread of the coronavirus.

The next Commissioner’s court meet will meet Wednesday, Sept. 22, at 9 a.m. in the Emergency Shelter in Coldspring, across from the courthouse. Public comment can be made at the beginning of the meeting.