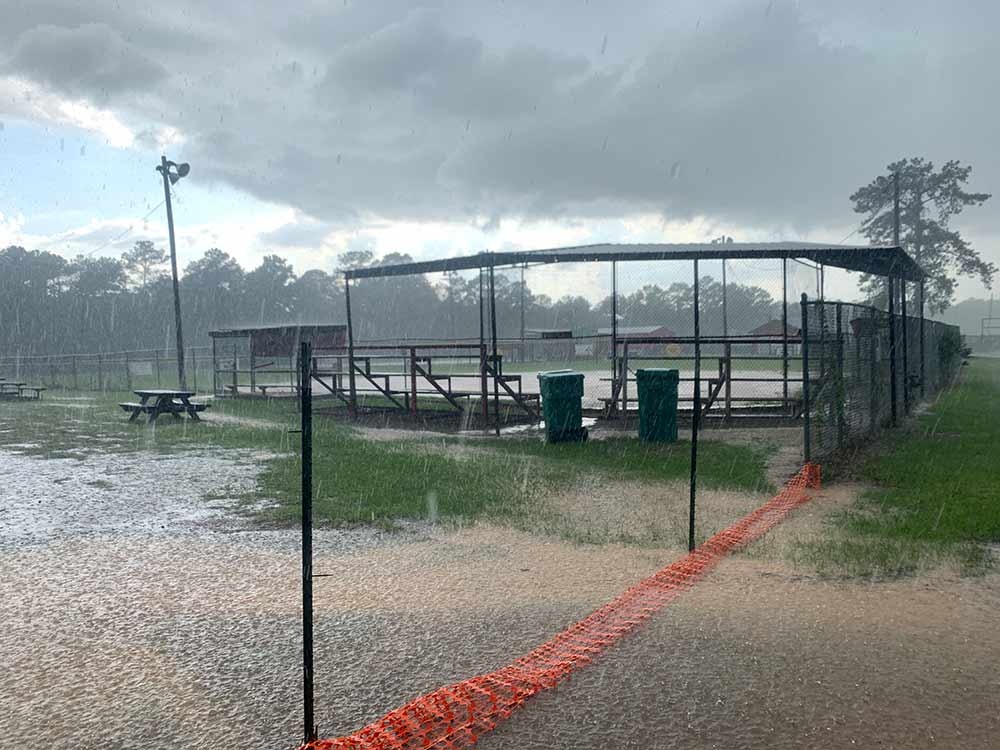 The Dixie Youth Ballpark in Coldspring is looking forward to sprucing up the area. (Photo by Emily Kubisch-Sabrsula)

COLDSPRING — The Coldspring City Council, looking to clean up derelict and unkempt properties within the city, is strengthening its rules as well as its enforcement.

The city had originally demanded the property owners at 210 Slade St. and two pieces of property in the Park Place addition clean up their properties; however, the demand was made through an ordinance which only dealt with substandard structures.

The city is now looking to create an ordinance that would be more appropriate, including dealing with junk storage, leaky exterior pipes, certain types of waste discharge, and grass and tree growth, as well as other issues.

The ordinance, which was discussed at the city’s regular meeting on July 19, also would ban the accumulation of abandoned or derelict vehicles, unless it’s for a business such as a scrap yard.

The ordinance also states that if a property owner is notified, they have 10 days to clean up the property; after that, the owner could be subject to a $500 fine per day, and each day would be deemed a separate offense.

The city also could do the work, and charge the property owner as well as place a lien on the property.

The city took no action.

In a separate matter, the city heard an update on the recently completed baseball/softball season held at the city facilities.

Kraig Erwin, president of the Dixie League baseball/softball association, told the council the organization was now debt-free, and even had a surplus of $6,364.29 in the bank.

Three boys teams and a girls team were able to advance to state tournaments, but did not bring home any titles.

The city also gave its blessing to seek specifications for upgrading lighting and installing a security fence at the park, but delayed approval of the construction of a new bathroom/concession stand facility at the park.