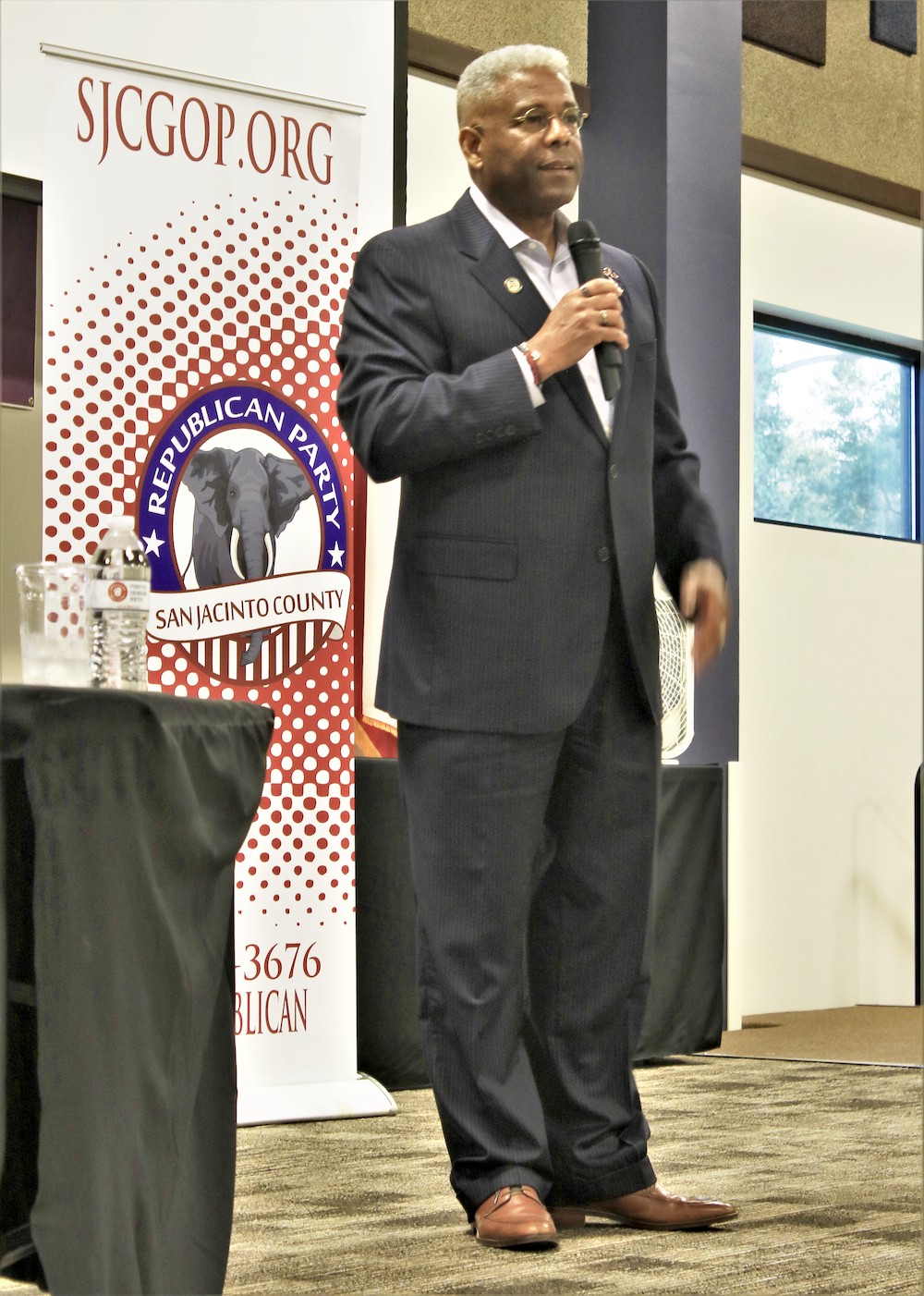 TONY FARKAS | SJNT Lt. Col. Allen West, leader of the Texas GOP, tells the crowd at the San Jacinto Republican Party meeting how to keep non-conservative values from taking over the state of Texas.

COLDSPRING — The state’s GOP party leader said the state is facing a Marxism that is based on racial divisiveness, and Republicans have to go on offense and speak out.

“The only way we win is to make sure that Texas remains the strong, constitutionally driven state that it is,” Lt. Col. Allen West (Ret.), said. “We are in an ideological civil war, and we need to put on the full armor of God and the full armor of understanding — who we are and what we believe.”

West spoke to a gathering of the San Jacinto GOP Party on May 5. He was elected to the position in 2019.

“We live in a constitutional republic; we’re supposed to be governed, not ruled by orders, edicts, mandates and creeds,” he said. “You are blessed to be in this country, in this state, but in the blink of an eye you can lose it. Now is the time to destroy progressive socialism — a cancer that is trying to destroy the greatest state that God’s ever known.”

West said that by explaining the party’s constitutional conservative principles, its Judeo-Christian faith, its belief in strong families and individual responsibility, accountability and freedom, things can eventually change, and in Texas, that was evident in the last election.

“By presenting the facts about police defunding and other issues such as open borders, we found that many people in the Rio Grande Valley agreed, and for the first time in a long time, the valley was flipped to red,” he said. “Zapata County for the first time in 100 years is now a Republican County, and just a few weeks ago, we swore in a young, Hispanic woman by the name of Jennifer Longoria-Thatcher as GOP chair.”

Warriors understand that battles aren’t won on defense, but on offense, and the time has come for conservatives to stop allowing the “progressive, socialist left” to dictate the narrative, to own the message in a place like Texas, West said.

The results in Zapata County can be replicated, he said. 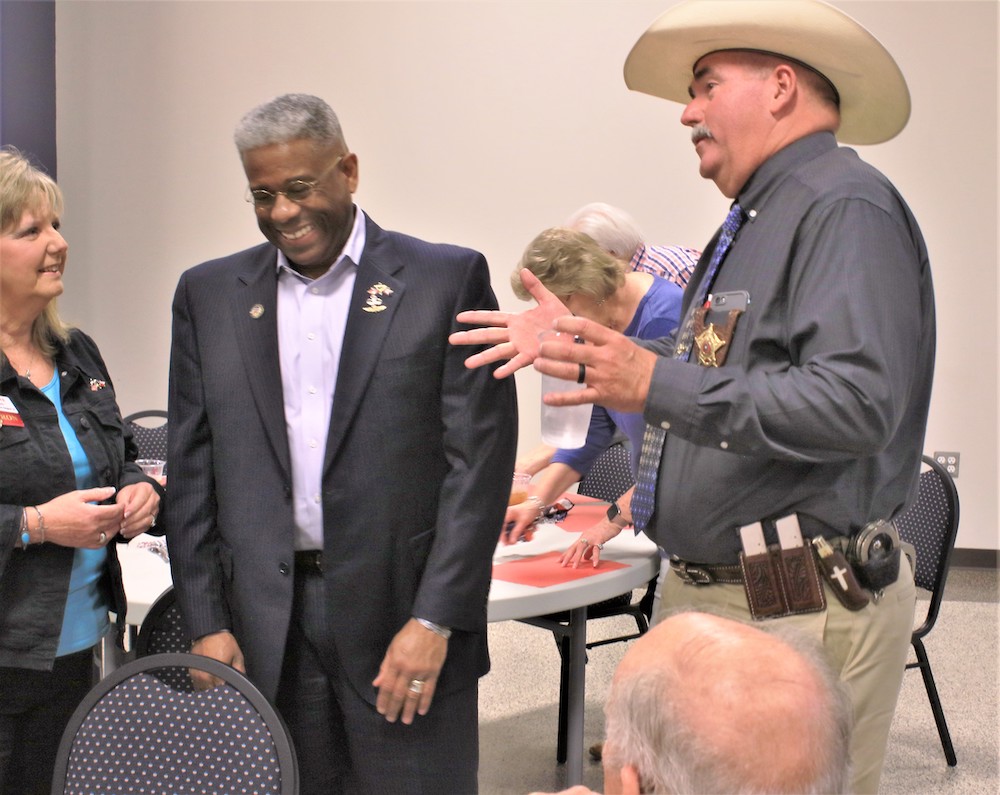 “One of the things I plan to focus on is something we haven’t done as Republicans, and that is local elections,” West said. “They have the least amount of voter participation; if you can convince five of your friends to come out and vote, you’ll raise those percentages. (In the local elections) this past Saturday, more than 70 percent of these woke, critical-race-theory school board members got sent home.”

West said that other successes include Lubbock, which became the largest sanctuary city in the nation for the unborn, and in Austin, voters got rid of tent cities.

“In Kerrville, an incredible thing happened; a young man by the name of Roman Garcia is now a member of the Kerrville City Council and he won with 57 percent,” he said. “He is 19 years of age. We can connect with the younger generation.”

West also exhorted the area pastors to get out and fight the racism and Democratic ways of thinking, to not put faith on the back burner in favor of a government agenda.

“Change the minds of young people,” he said. “Get people to understand that your skin color does not define you.”

West pointed out that Texas is gaining two congressional seats in the House, and states with liberal governors pursuing liberal agendas have lost them, such as Michigan and California.

Because of that, he noted that people from those states who move to Texas need to be engaged.