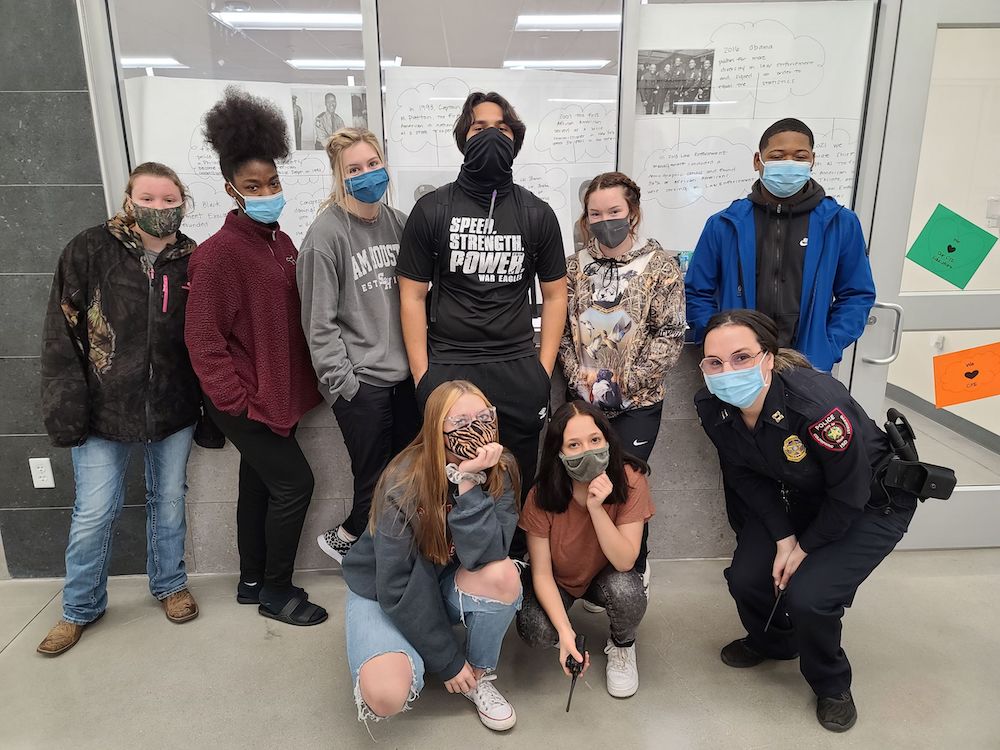 COLDSPRING — February's Black History Month offers the Coldspring-Shepherd CISD a special opportunity to spotlight and celebrate the accomplishments and contributions of African Americans to the nation and the world.

"To celebrate Black History Month the students wanted to go back in time and research some pioneering and inspirational events of African American officers,” Webb said. “Our class found several who have held key criminal justice positions and influenced progressive law enforcement activities.”

Robinson started out as a volunteer before becoming a full-fledged officer when she was hired as a jail matron in 1919. She also worked as an investigator in juvenile and homicide cases and set up a much-needed women’s shelter in the city during her time as a cop, Payne said.

“These are individuals who paved the way during a difficult era for law enforcement and Black Americans,” Payne said. “These stories of unwavering dedication to policing serve as strong examples all LEOs can aspire to. (Robinson) had an obvious passion to help her fellow citizens.”

Black History Month began as the brainchild of Dr. Carter G. Woodson after he participated in the national celebration of the 50th anniversary of the emancipation of slaves. While there, he witnessed thousands of African Americans gathered to view exhibits showcasing the accomplishments and progress their people had made since the abolishment of slavery.

Woodson had the idea to create an organization specifically for the scientific study of Black life and history. He and four others formed the Association for the Study of Negro Life and History (now known as the Association for the Study of African American Life and History, or the ASALH) on Sept. 9, 1915. Eleven years later, Woodson announced "Negro History Week" in February of 1926.

Eager for the movement to gain ground, Woodson chose the month of February for Negro History Week because it coincided with celebrations already held in many African American communities to celebrate the births of Abraham Lincoln and Frederick Douglass. His aim wasn't just to include it in the traditional celebrations, but to encourage these communities to use the opportunity to extend their study of Black history in general.

His goal was to change the focus of the celebrations from only two men to the greater view of the multitudes of African American men and women who had impacted history and humanity. His ultimate intention was for the study and celebration of Black history to continue not just for a week, but throughout the year.

In 1976, President Gerald Ford issued the first Black History Month proclamation. Since then, the celebration has grown to include similar observances in Canada, Great Britain, Ireland, and the Netherlands, though not always in February.

The study of Black History should not be relegated to one specific month, but should be studied year-round. It helps to teach people about the African American experience beyond stereotypes. Learning more about Black History and the unique struggles faced and overcome by African Americans, both in the past and in the present, is the bridge to understanding. Understanding is the bridge to a better future.