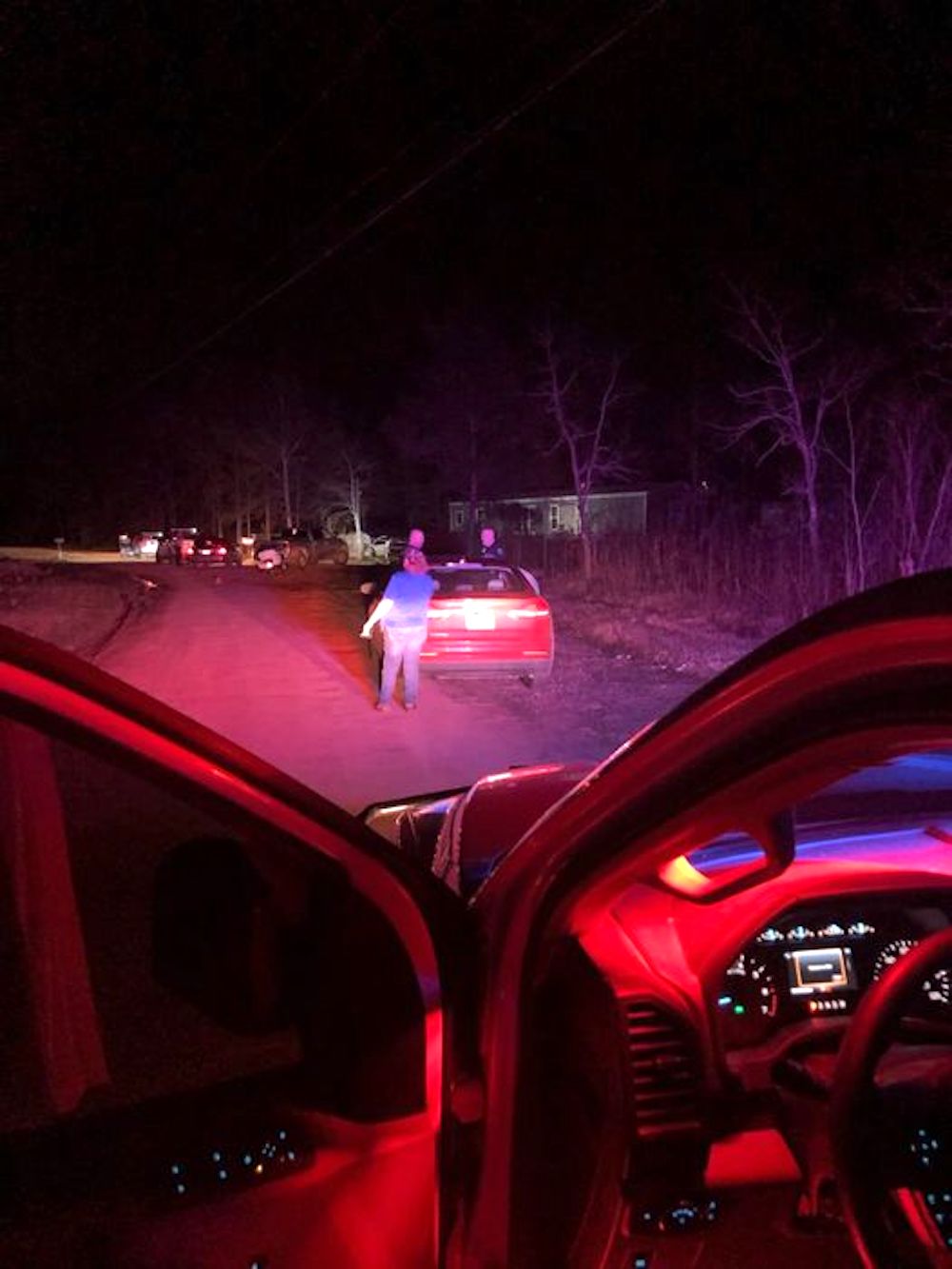 Photo courtesy of SJCSO Facebook page Law enforcement officials investigate a shooting in the 100 block of Cindy Lane on Friday that left one man with a gunshot wound.

SHEPHERD — A Shepherd man was arrested in connection with a Friday shooting that left a second man in critical condition.

Brent Donnan, 36, was charged with aggravated assault with a deadly weapon in the incident.

According to information provided by The San Jacinto County Sheriff’s Office, a 911 call was made around 6 p.m. on Jan. 29 regarding a possible shooting in the 100 Block of Cindy Lane in Shepherd.

A San Jacinto County deputy constable arrived first on the scene to find a victim was shot and being transported out of the area by a personal vehicle to meet EMS personnel.

Witnesses provided a description of a person involved in the altercation, which was relayed to law enforcement personnel, the SO said.

The suspect that was involved in this shooting had left the residence, running into a nearby wooded area with a firearm, according to witnesses.

As other deputies and state troopers arrived to establish a perimeter, the subject came out of the woods and surrendered to authorities, the SO said.

The victim was transported to an area hospital in critical condition, where he was admitted and underwent surgery. The victim is listed in stable condition, according to the Sheriff’s Office.

The investigation by the San Jacinto County Sheriff's detectives is continuing.