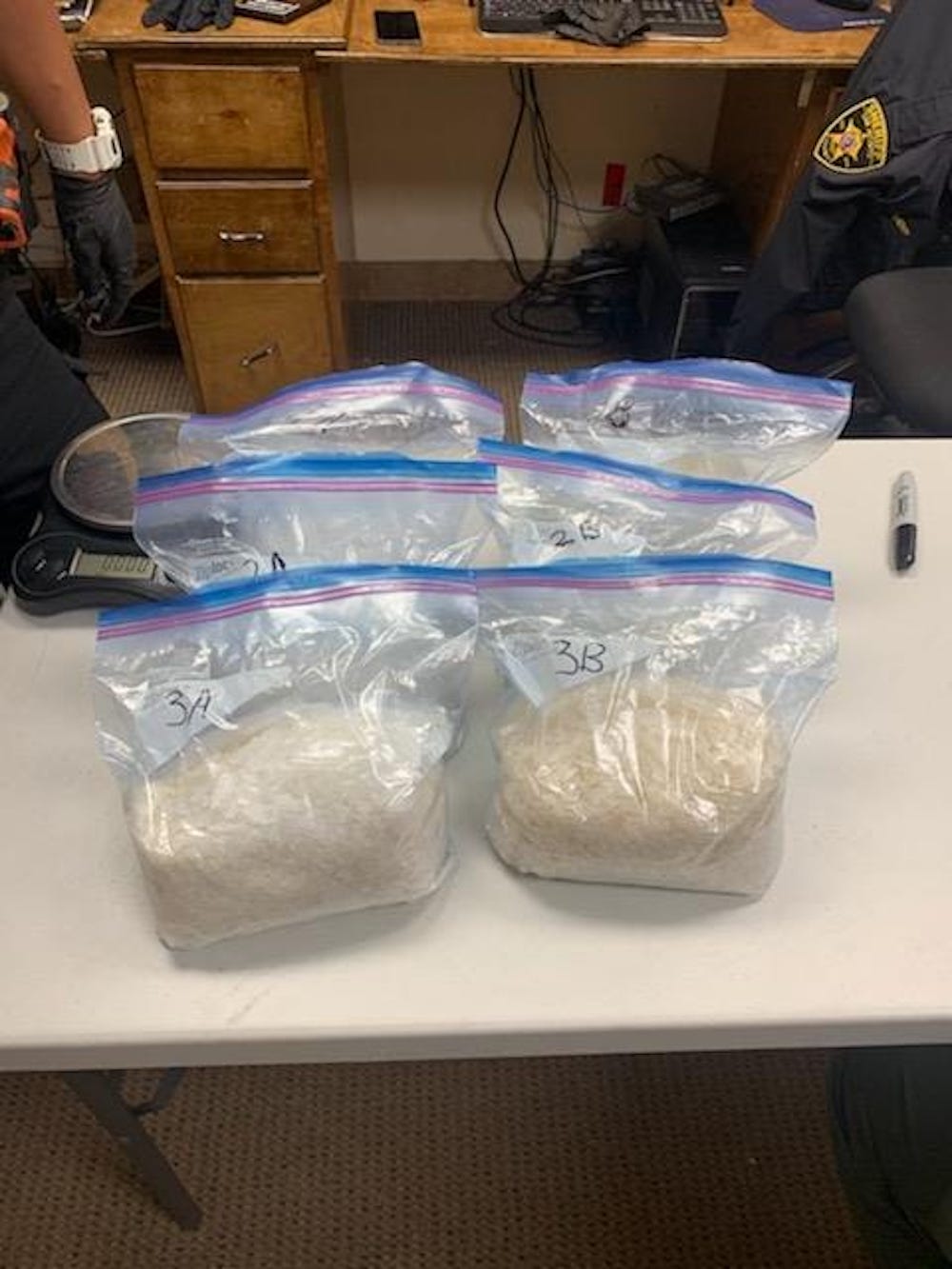 COURTESY PHOTO Six Ziploc bags containing a total of 13.40 pounds of methamphetamines was discovered by San Jacinto County Sheriff’s deputies during a traffic stop conducted outside of Shepherd on Dec. 28. The discovery led to the arrest of Jorge Luis Baca Cuevas of Mexico.

SHEPHERD — A Mexican resident is behind bars after a routine traffic stop turned into a drug bust last week.

During the stop, Baca Cuevas was identified through his Mexico-issued identification card. The deputy who conducted the stop had suspicion of criminal activity taking place.

After receiving consent to search the vehicle, six Ziploc bags containing a crystal-like substance were discovered. The substance in the bags all tested positive for methamphetamine.

“He picked up 13 pounds of meth in Pasadena and was on his way to Chicago, but we stopped him on a traffic violation in our county,” San Jacinto County Sheriff Greg Capers said.

The meth weighed a total of 13.40 pounds and was worth approximately $500,000. Baca Cuevas was charged with manufacture/delivery of a controlled substance penalty group one, greater than four hundred grams.

“I’m just glad that half a million dollars of narcotics have been taken off the streets,” Capers said. “This makes it safer for children.”