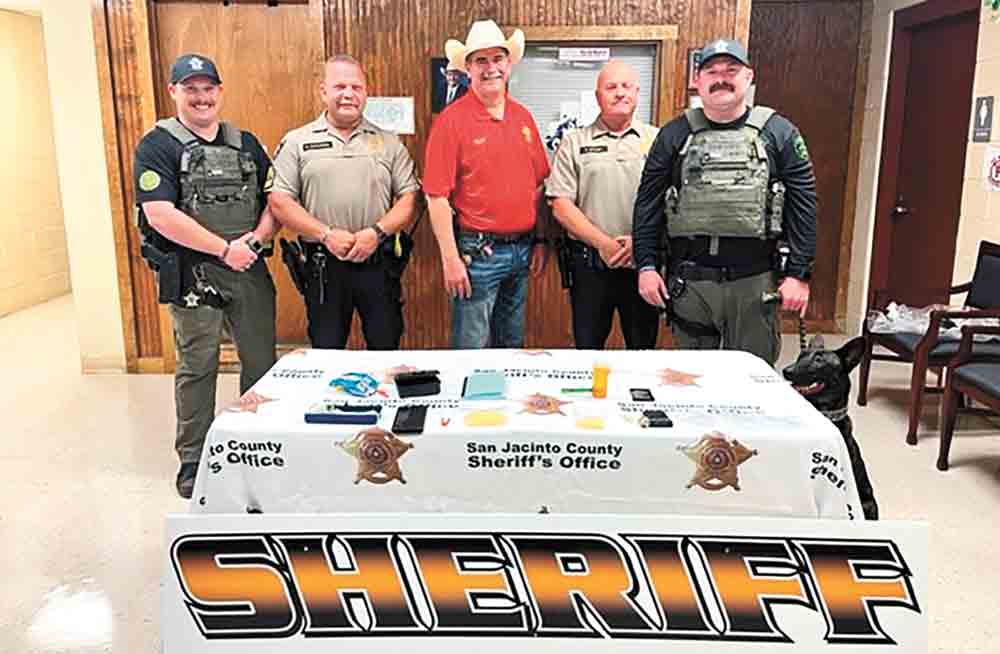 A cooperative investigation between the San Jacinto County and Liberty County sheriff’s departments led to the arrest of a woman on narcotics charges.

On Sept. 16, Leah Steiner was arrested on charges of manufacture or delivery of controlled substances, a first-degree felony after Steiner had been under surveillance for some time.

Deputies from both agencies executed a narcotics search warrant inside the Express Inn on Highway 59 on the north bypass in Cleveland. Reports indicate that officials seized quantities of methamphetamines as well as a variety of paraphernalia, including packaging and distribution materials.

Steiner was then transported and booked into the San Jacinto County jail.

“I’m confident I speak for Sheriff Rader as well when I commit to provide all of the resources at my disposal to rid our respective communities of these undesirables in an out attempt to safeguard the families we were elected to serve,” Capers said.