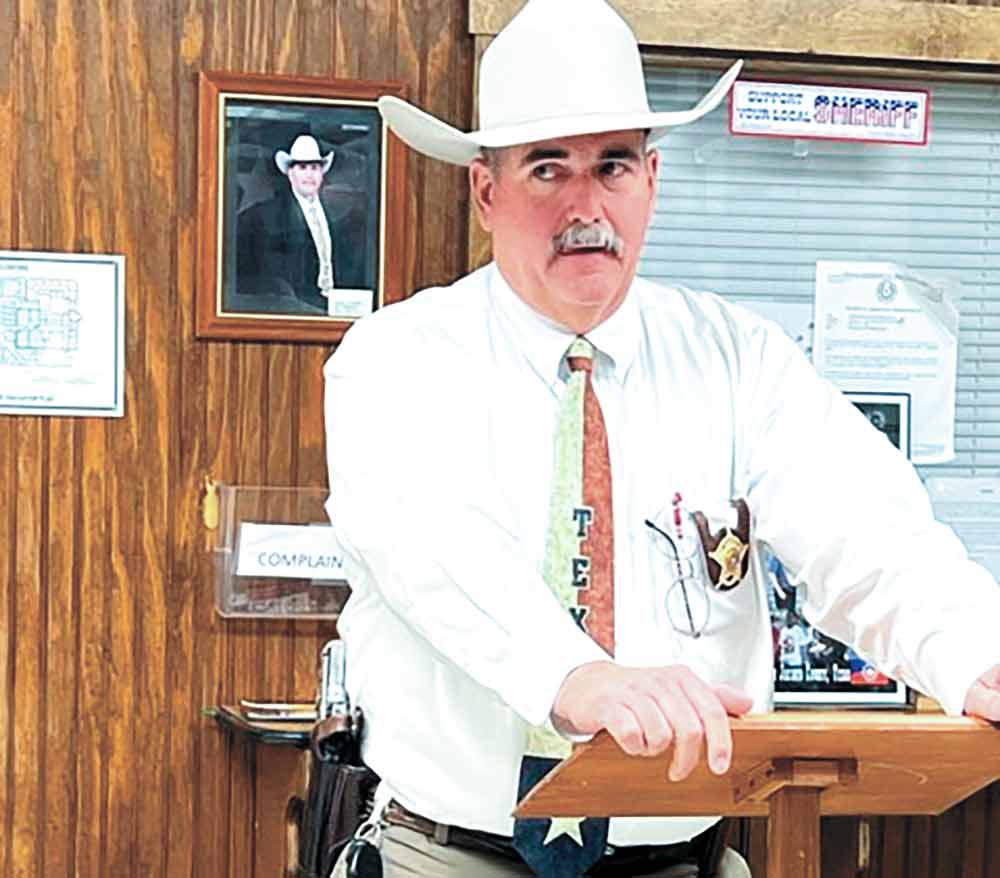 Sheriff Capers reviewing the facts of the murder suicide case with his detectives. Courtesy photo

CLEVELAND — Two people died and one was seriously injured in a Monday shooting incident in the southwest part of the county.

Police were contacted for a emergency during the evening hours to the 900 block of , and when deputies arrived, Mingli Shannon, 52, was found dead and Siqi Zhang, 30, was wounded, both by a gun.

Roadblocks using several area law enforcement agencies were set up; however, a short time later a shot was heard near the home. Investigators found the suspect in a Chevrolet pickup suffering from a self-inflicted gunshot wound.

Emergency medical personnel attended to Rutledge and Zhang and transported them to a Cleveland hospital where Rutledge was pronounced dead. On Friday, Zhang reported was recovering and will survive the shooting.

Sheriff Greg Capers said Rutledge may have been under the influence of methamphetamines or some other controlled substance at the time he took the life of his stepmother and seriously wounded his stepsister.

Further investigation indicated that Rutledge was in fear of cartel members looking for him for an unknown reason.

“In my line of work you see this too often, but it’s something you never become accustomed to and it’s the thing that keeps me up at night,” he said.