SHEPHERD — The Shepherd ISD Board of Managers approved a stipend for teachers who can help recruit new educators.

At its Thursday meeting, the board voted in a compensation plan that pays $1,500 to any teacher who refers another to the district that eventually signs a contract to begin work.

The plan also provides an increased rate of pay for substitute teachers.

Assistant Superintendent for Business and Operations DeAnna Clavell said the district currently has seven long-term substitutes teaching in classes that the district cannot find full-time teachers for, and even for a kindergarten class that has been open since the beginning of the year.

In a separate matter, the board approved an air quality and COVID mitigation plan, and will allow the district to design and build a program to replace air conditioning units to help improve air quality, as well as install an ionizer.

E3 Entegral Solutions of Highland Village was selected to design the project.

A separate project to allow the district to spend federal grant money to retrofit buses with air conditioning to mitigate COVID also was approved. 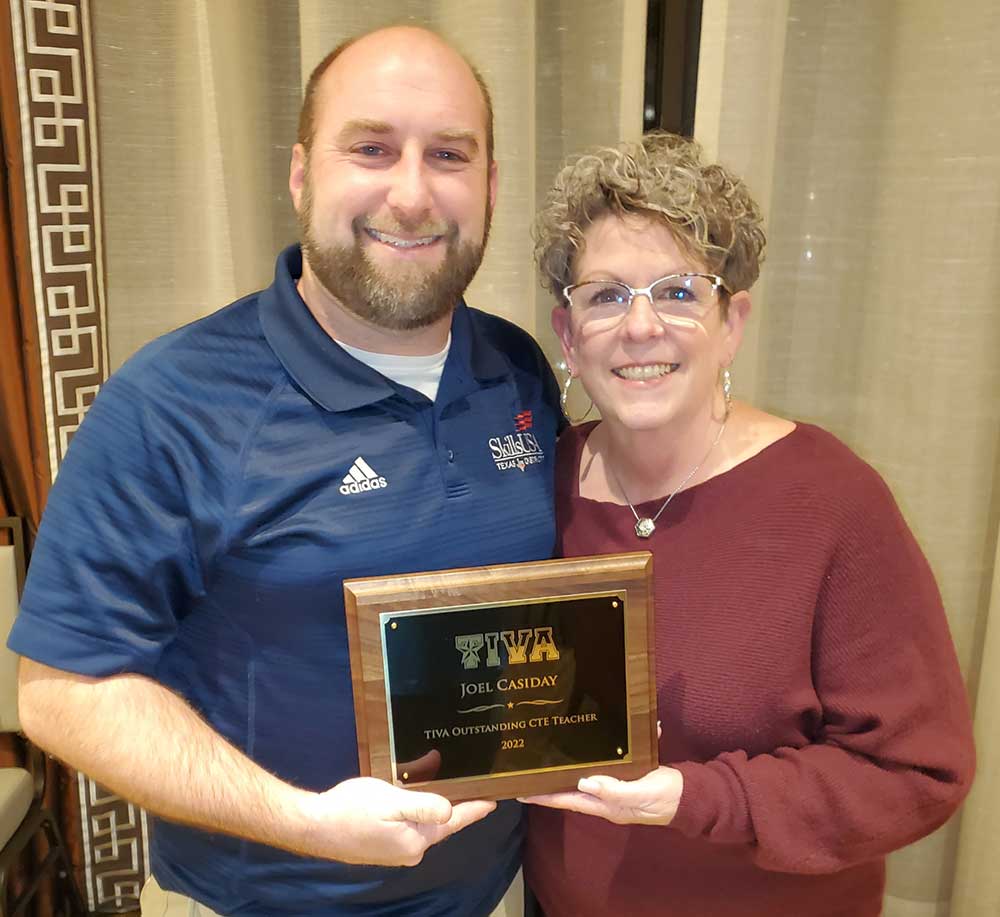 Casiday was named 2022 TIVA Outstanding Career and Technical Education Teacher Award on Wednesday, Jan. 19. This award recognizes the finest career and technical education teachers at the middle/secondary school level who have demonstrated excellence and innovation in the classroom, commitment to their students and industry, and dedication to the improvement and promotion of CTE in their institutions and communities.

Joel “Chef” Casiday attended the University of Louisiana at Monroe, graduating in 2008 with a degree in Social Studies Education. He received his degree in Culinary Arts in 2012 from the Art Institute of Houston, where he graduated as the Top Graduate of the Culinary Arts program.

He began teaching at Livingston High School in the fall of 2012, later moving to Coldspring-Oakhurst High School in 2019. Chef Casiday has worked the past 10 years to build, develop, and implement high-quality, local culinary arts programs, training students to become successful and industry-ready students.

In addition to his teaching duties, Casiday has represented hospitality education in leadership capacities across the state. He has served the greater CTE community as the SkillsUSA District 7 Officer Advisor and currently serves as a technical chairperson for various district and state SkillsUSA contests, a member of SkillsUSA State Advisory Board, a member of the TIVA Board of Directors, the TIVA District 7 Director, a SkillsUSA new contest developer, and iCEV national conference presenter.

Casiday was announced the winner at the Opening Session of the TIVA Mid-Winter Conference, recognizing the best CTE educators in the state. The event took place at the Omni Houston-Galleria Hotel. Chef Casiday is a resident of Livingston and will represent the State of Texas at the Association for Career and Technical Education Regional Teacher Awards in the coming months.

POINT BLANK — Streets were the main point of discussion at the monthly meeting of the Point Blank City Council on Jan. 10.

“We’re trying to do the best we can with what we have,” he said. “Our streets will get fixed when they come up in rotation.”

Wood said that more could be done with federal grants, but congressional gridlock means the city has been waiting 5 years for an infrastructure bill to get passed.

“If it is ever done, it would help a great deal,” he said.

• adopted a short-term rental ordinance, and will start with notifying affected property owners and property managers; 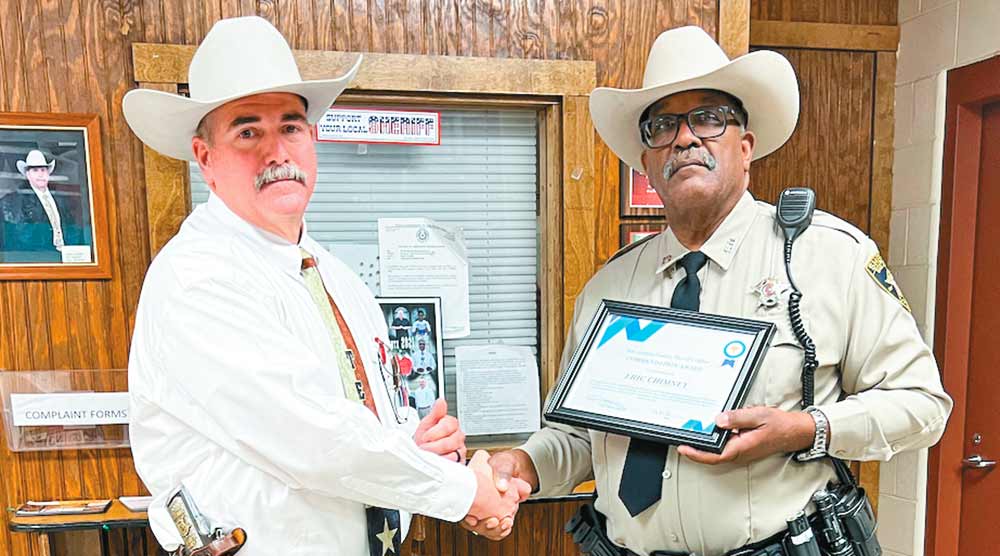 COLDSPRING — While on routine patrol, Deputy Eric Chimney noticed a vehicle exceeding the posted speed limit, and then pulled the vehicle over to investigate.

Chimney was confronted with a senior lady who was in apparent distress.

After listening intently to the lady’s emotional explanation of her being diagnosed with cancer, Chimney said he could relate to that due to his own personal experience with a loved one with a similar diagnosis.

Chimney said he asked the lady if she would be comfortable if he could pray with her, and the woman tearfully accepted the compassionate offer.

During a commendation award ceremony at the San Jacinto County Sheriff’s Office, Sheriff Greg Capers made a comment that the county is fortunate to have this fine deputy patrolling the county.

“I tell my deputies there’s more to a traffic stop then issuing citations,” he said.

The lady was not issued a citation, Chimney said. 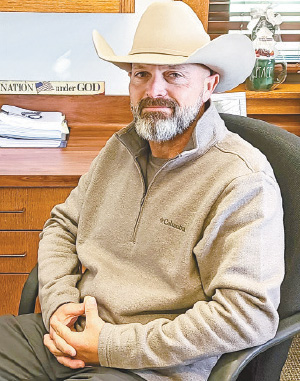 Jack Dean took over as chief of the Coldspring-Oakhurst CISD Police Department on Jan. 1.Special to the News-Times

COLDSPRING — Jack Dean has taken the reins of police chief of the Coldspring-Oakhurst Consolidated ISD.

He took over the position on Jan. 1.

Chief Dean is an 8-year veteran of the U.S. Army and has given more than 27 years of dedicated service to the State of Texas in law enforcement. He recently retired from the Texas Department of Public Safety and said he is looking forward to serving COCISD students, families, staff and community.

Dean said he welcomes visitors; however, as he is frequently out on campuses, making an appointment is recommended, and can be done by calling (936) 653-1115, or via email to This email address is being protected from spambots. You need JavaScript enabled to view it..

For reports of on-campus bullying, suspicious behavior or other concerns, COCISD offers an online Tipline-Safe Reporting form at www.cocisd.org. This form is also located on each campus website under both “Students” and “Parents.”

Reports may be made anonymously. Every report is taken seriously and will be investigated in accordance with district policy.