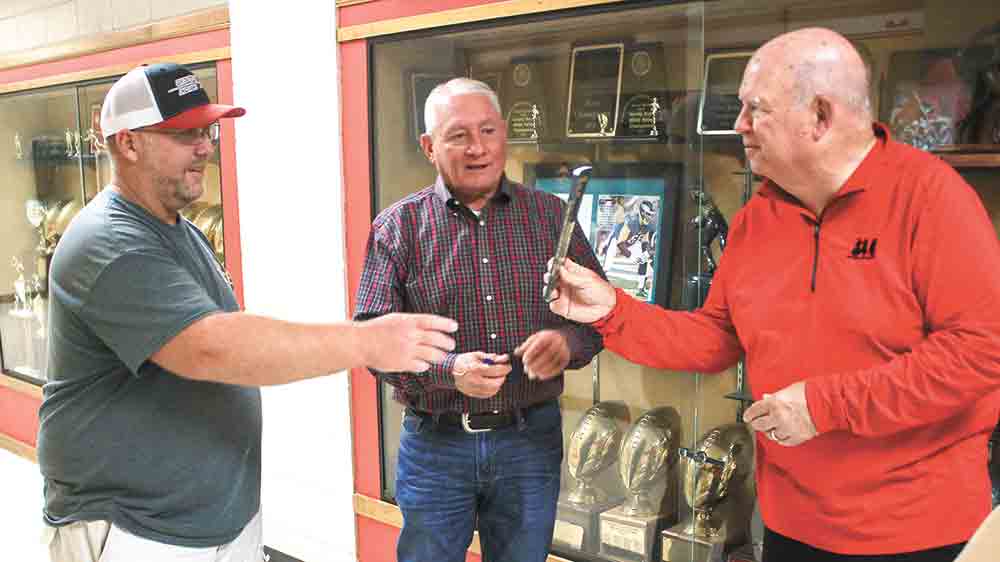 Phillips spent 23 years coaching football in Texas, including being head coach in Groveton from 1985 to 1989, when the Indians won a state championship. He was inducted into the Hall of Fame in 2019.

The book details his rise through the highly competitive football coaching ranks in Texas, his impressive record of 234-73-3, his making the playoffs in 20 of his 23 years in coaching, and even the Plano East-John Tyler game.

“I wrote the book about my career, about the many stops along the way, just reminiscing about things that happened — season highlights, funny stories — I wrote the whole thing from memory,” he said. “I had a wonderful coaching career.”

Phillips started coaching at High Island, then moved to Groveton and won his first state title. He then moved to Waxahachie and won another state ring the third year he was there, compiling a 30-game winning streak in the process.

From there he moved to Plano East, and was head coach for eight years, making the playoffs for seven of those years. After that, Phillips went to Odessa High School, a place he said will get anyone out of coaching.

“There are only two kinds of coaches in Odessa: those that have been fired, and those that are going to be,” he said. However, he got lucky and retired. Phillips did say that some of his team’s uniforms were used for locker room scenes for “Friday Night Lights,” but he was not in the film.

“When people say the team has great chemistry, that comes from consistency — consistency in how you treat people, in how you discipline, in how many hours you put in,” he said.

Phillips also said that discipline was the key to education. Aside from winning 60 games in his time in Groveton, the students at the high school and junior high levels won academic awards as well.

“All football programs are based on athletes, their ability and their desire to play,” he said. “We were disciplined. For instance, we shaved every Friday or we got swats, or then shaved on the bus after you got swats. The kids were held to a high standard. They had to pass their grades in school; if they got a failing slip, they got swats for it.”

Phillips said discipline is so much different today because coaches can’t do those types of things as people think that’s just barbaric.

“It didn’t kill anybody, it made them a lot tougher,” he said. “We won a lot of ball games.”

To get a copy of “Scott Phillips: A Football Life as Shared with Jack Young,” search for Jack Young on Facebook.