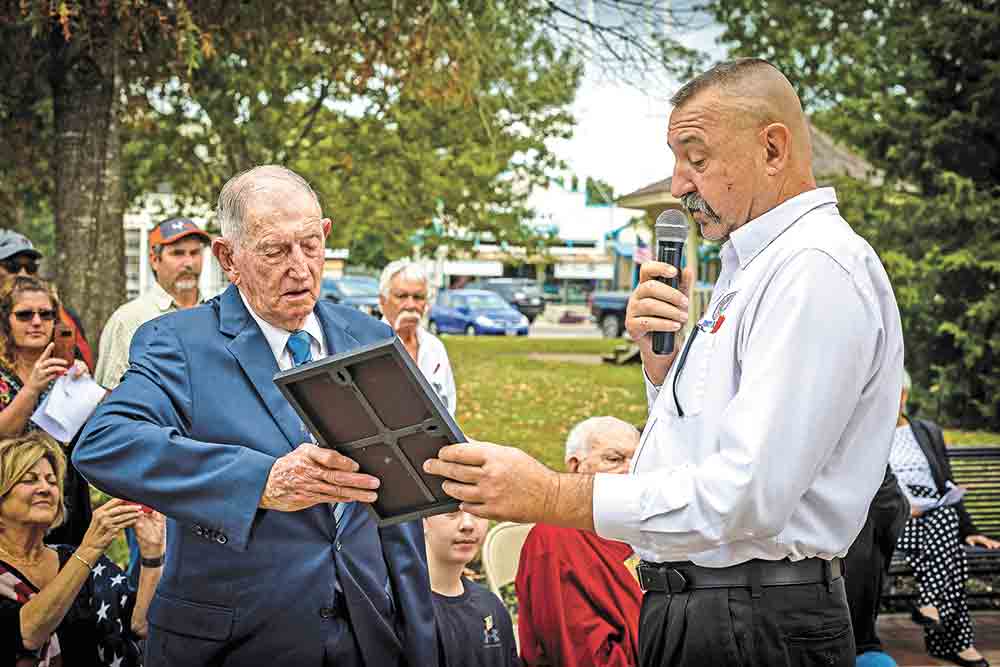 COLDSPRING — A 99-year-old World War II veteran was honored for his service as part of the county’s annual Veterans Day observance on Friday.

District Judge Travis Kitchens read Williamson’s history and praised his service during the ceremony, and Williamson was presented a certificate of appreciation for his service from County Judge Fritz Faulkner.

Ellis James Williamson was a flight engineer and gunner stationed in England in 1944, and then in France following D-Day, according to information provided by Janice Lenz. He was assigned to a B-26 Marauder as part of the 397th Bomber Group, 599th Army Air Corps, and saw action in Normandy, LeHavre and Eastern France during the Battle of the Bulge.

On his last mission — Dec. 23, 1944 — his plane was shot down as it attempted to sever the enemy’s supply line. Williamson ended up being a prisoner of war until April 1945, when Gen. George S. Patton liberated the camp.

Williamson was awarded the Air Medal with two Silver Oak Leaf clusters and Two Bronze clusters, and several others. From there, he worked as a paint salesman and as an owner and operator of a trucking company.