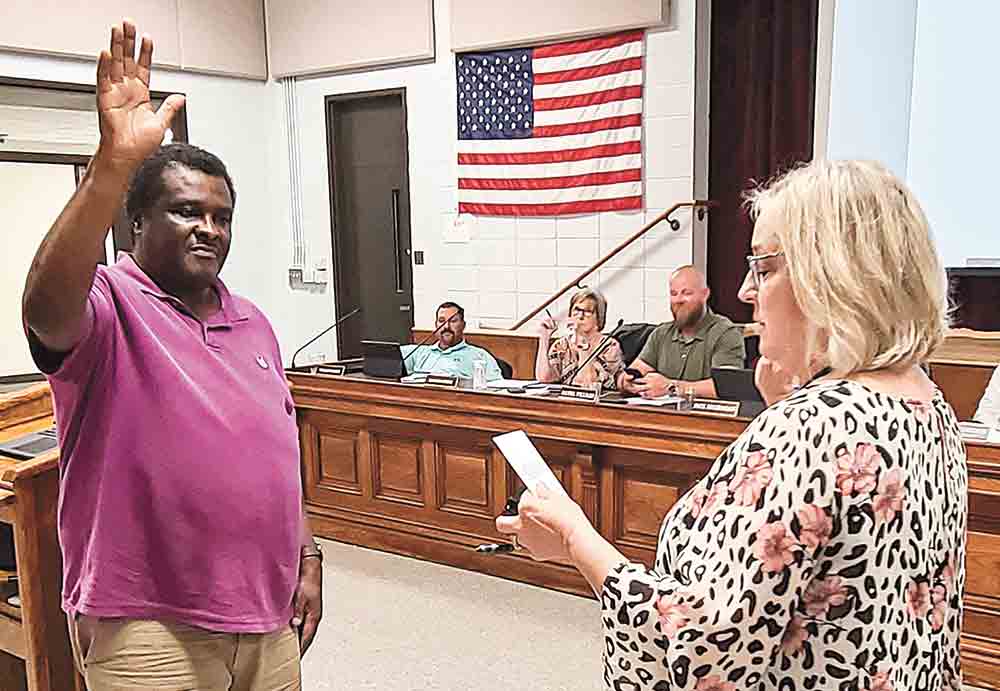 Community member Alec McGowen was sworn in to temporarily fill the vacant Trustee Position 2 at the COCISD Board of Trustees meeting on Oct. 24. McGowen will hold the position until an election can be held in May. Photo by Cassie Gregory

At its regular meeting on Oct. 24, the board gave its stamp of approval to start in the 2023-24 school year.

Superintendent Dr. Bryan Taulton introduced the measure as a way to recruit and retain teachers in a very competitive Texas market, as well as to improve student academic achievement and attendance.

Taulton explained that extensive research had gone into the decision including interviews with other Texas school districts that have successfully gone to 4-day instructional weeks, surveys of staff, parents and guardians, and high school students, and a town hall meeting for all stakeholders. The overwhelming consensus was in favor of the move.

“The fact is there is a statewide teacher shortage,” said Taulton. “We have to do something to recruit and retain the highest quality teachers and staff. It doesn’t matter how many days a student is in a classroom if there isn’t a teacher there to give effective instruction.”

Employee salaries and hourly wages will be adjusted to adapt to the 4-day schedule without any reduction in salary, and arrangements will be worked out for students to be able to continue to participate in extracurricular activities on the days there is no school.

The program will be reviewed annually to monitor its effectiveness. Data to be reviewed include student academic achievement, size of the applicant pool for each posted job opening, student and staff attendance, and parent, student, and staff climate surveys.

In other official business, the board appointed Alec McGowen to fill Trustee Position 2 until an election for the position can be held in May. Former Trustee Ashney Shelly had to leave the position before the term was complete due to career advancement.