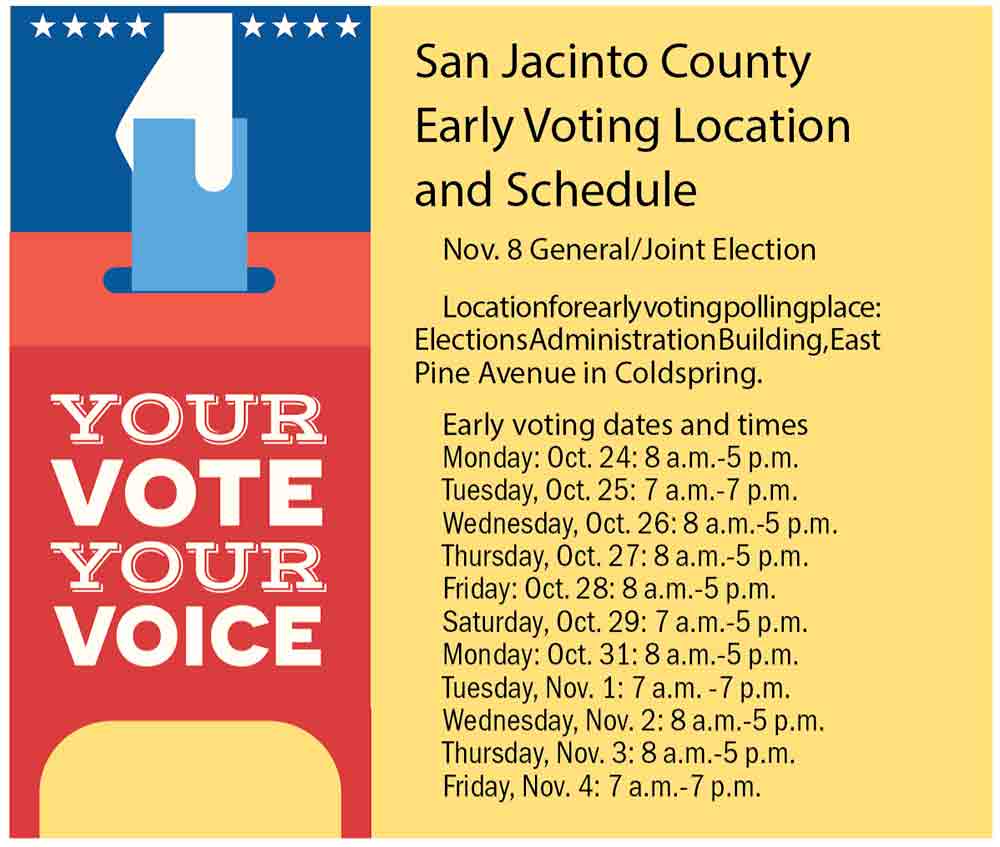 Early voting for the Nov. 8 general election will begin on Monday, Oct. 24, and will run through Nov. 4.

These midterm elections will be for the Texas governor and other state offices; State Senator; and for a replacement for retiring U.S. Rep. Kevin Brady of Conroe, who had represented District 8 for years.

While most local races were decided in the May primary election, there are several that will be on the ballot. San Jacinto County Judge Fritz Faulkner is facing a write-in challenge from Shirley Brandon; Shepherd Mayor Charles Minton will face Charles “Tony” Riffe; and Yvonne Ryba Cones, Hayden Irwin and Susan Daniels are vying for two at-large spots on the Shepherd City Council.

Based on redistricting, San Jacinto County is now represented by State Sen. Charles Schwertner, who also is up for re-election.