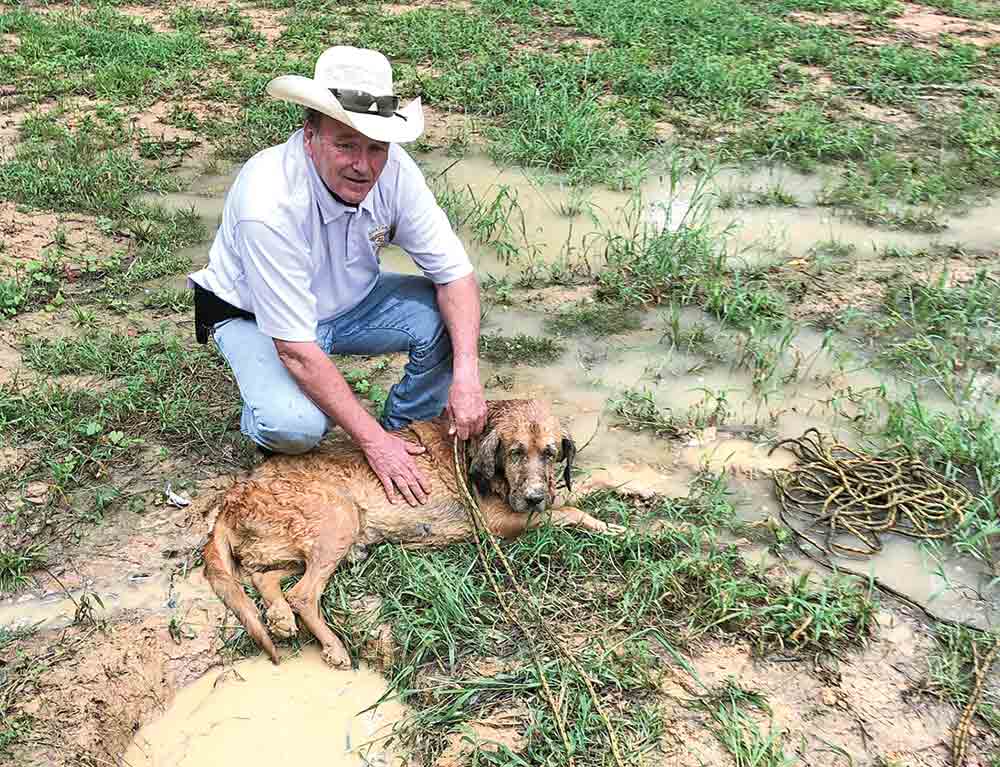 A hound dog was lying in a puddle at an abandoned home.

SHEPHERD — Abused and abandoned animals continue to be a problem for law enforcement officials in San Jacinto County.

Several animals were found to be in neglect, and in one case, warrants for arrest on charges of animal cruelty have been issued.

Earlier last week, law enforcement officials were sent to Virginia Street in Shepherd, and found a large dog mostly submerged in a hole on a neighbor’s property. Waggin Tails Dog Rescue of San Jacinto County has been caring for the animal, who reportedly is improving.

Constable Sam Houston said the owners have been located, and once the animal heals, it will be microchipped, given shots and returned to his home.

On Wednesday, Houston and Capt. Pete Sparta obtained arrest and seizure warrants for animals elsewhere in the county for animal cruelty.

The dogs were taken to the Texas Humane Society for treatment and eventual adoption.

According to a press release, the animals suffered from severe neglect and deplorable outdoor living conditions with no visible food or water. The animals appeared severely malnourished, infested with fleas and ticks, and suffering from skin conditions.

Law enforcement have issued a warrant for the owner, who moved off the property and abandoned the dogs. All eight animals will remain in the care of the shelter’s veterinary team while the case is brought to court, the release states.