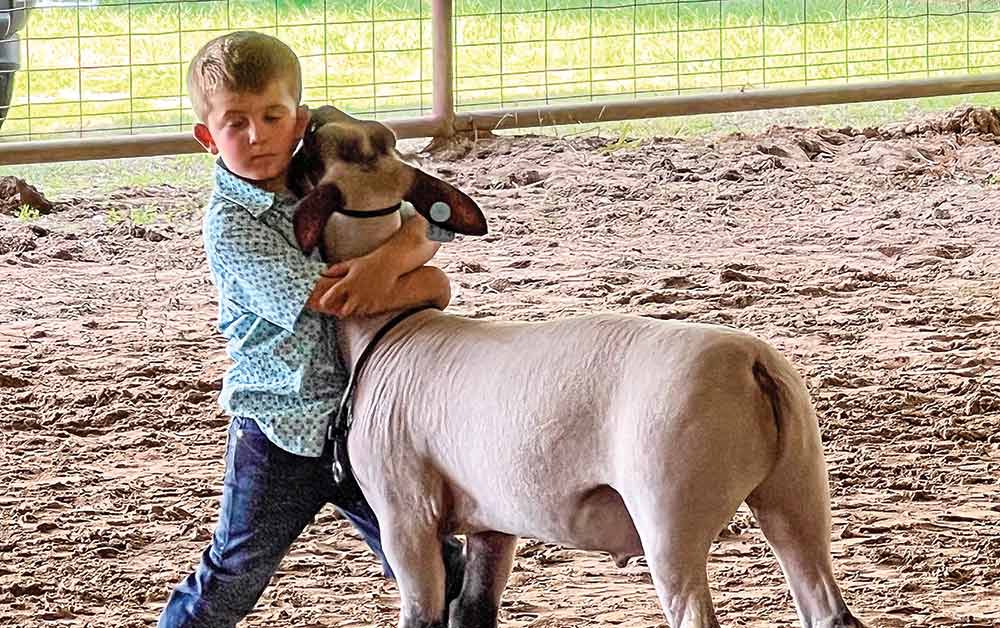 A boy and his animal. See more fair photos on page 3A. COURTESY PHOTO

SHEPHERD — The Shepherd FFA Alumni Progress show had 28 entries this year from several levels of competition.

Junior exhibitors to high school students that will be competing at the San Jacinto County Fair in September participated.

The event, while fun, also was done in order for students to receive the show experience to prepare for the fair.