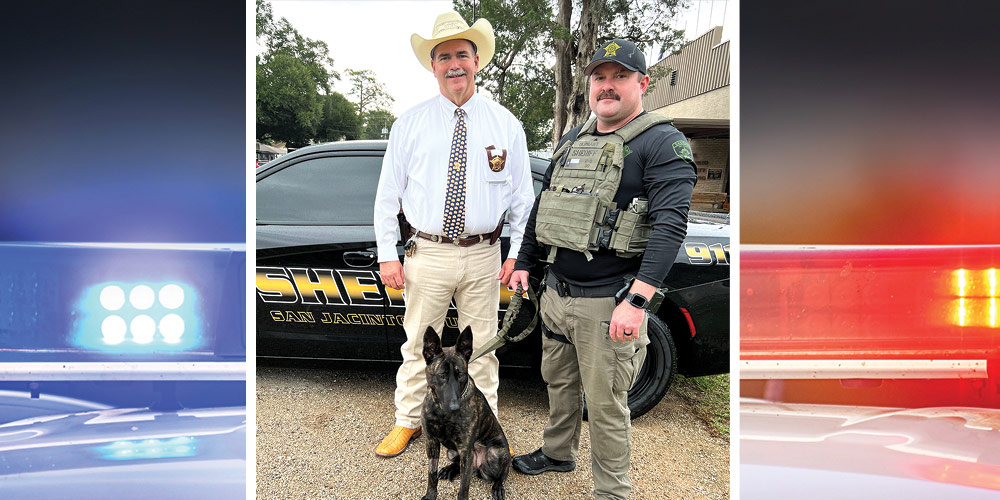 COLDSPRING — An open border means Texas is on the front lines of a war, one that pits law enforcement against a flow of illegal drugs coming up from the south.

Sheriff Greg Capers said that in an attempt to reduce the flow of drugs, he has increased enforcement efforts by adding two highly trained and experienced deputies, Dustin Oliphant and Jared Oliver, and their partner, K-9 Duna.

Cartels pass through San Jacinto County to transport and distribute narcotics in other areas of the country, Capers said.

“The thing that concerns me is that the most direct route north from the border is Highway 59 along the eastern section of the county,” he said. “As we say in law enforcement, ‘the drugs go north, and the money goes south.’”

Capers said his efforts won’t stem the flow of drugs traveling through the county; however, it’s San Jacinto County’s contribution to work in concert with federal and state law enforcement to combat the flow of drugs.