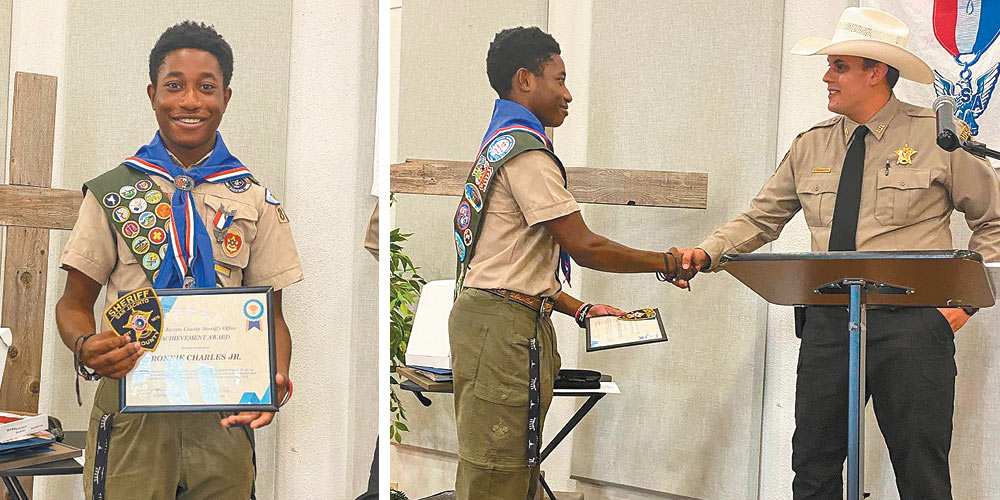 They all attained the prestigious Boy Scouts of Americas achievement level of Eagle Scout.

In recognition of this prestigious achievement, Sheriff Greg Capers and Lt. Charles Daugherty joined others at the Eagle Scout Court of Honor, held July 23 in honor of Ronnie’s achievement.

The two presented Ronnie with the San Jacinto County Sheriff’s Office Achievement Award during the event.

Daugherty said this award is typically reserved for members of law enforcement, however Sheriff Capers asked that an exception be made for Ronnie.

“We here at the San Jacinto County Sheriff’s Office salute you, Ronnie Charles Jr.,” Capers said. “May God continue guiding you into what will be a bright and successful future.”

The path to achieving Eagle Scout status is rigorous, but adhere to the three Scouting principles that have been followed since the organization’s inception in 1910: be strong, be mentally aware, and be morally straight.