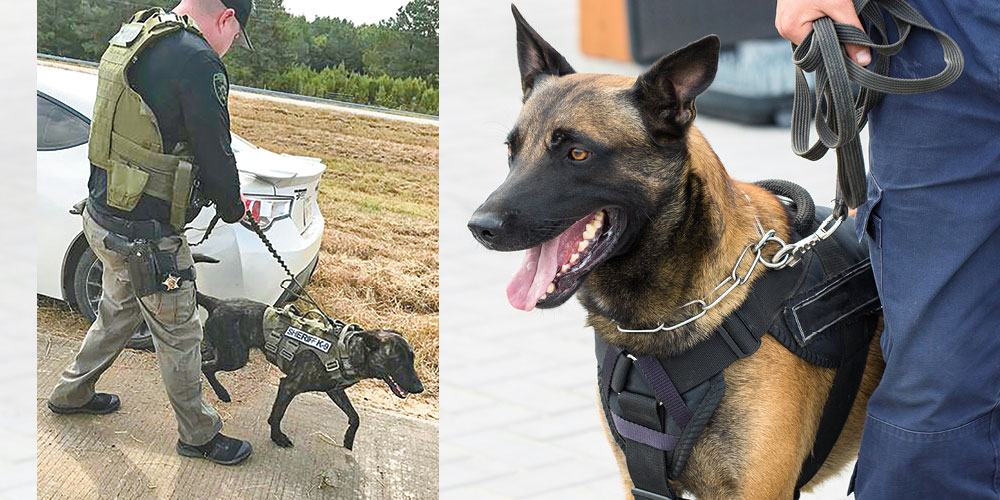 SHEPHERD — A San Jacinto County K-9 assisting in a crash investigation was able to expose illegal substances which led to a felony arrest.

The animal named Duna, out in the field for the first time, found drugs in a vehicle involved in a major crash on Friday.

According to Sheriff Greg Capers, deputies with the San Jacinto County Sheriff’s Office Special Operations Division were on patrol on U.S. 59 in the Shepherd area, riding as a 2-man unit with Duna, a narcotics dog.

The deputies were alerted major crash on U.S. 59 just south of FM 223, and they responded to assist with the crash investigation and provide first aid.

While on the scene, the deputies assisted a trooper from the Texas Highway Patrol who was interviewing driver regarding the circumstances of the crash. The narcotics deputies began to notice inconsistencies with the driver’s story that raised their suspicion of possible illegal activity, Capers said.

Duna was deployed — for the first time on a roadside incident — and went around the exterior of the vehicle, and alerted at the open driver’s window of the vehicle, which led to an interior search. Deputies discovered a substance known to be THC wax, Capers said.

After performing field sobriety tests on the driver, who was not named, was arrested for driving while intoxicated and possession of a controlled substance.

“I want to congratulate Duna on her first deployment on duty after being certified,” Capers said. “She is an asset to the Sheriff’s Office in an effort to combat the trafficking of narcotics in and through San Jacinto County.”