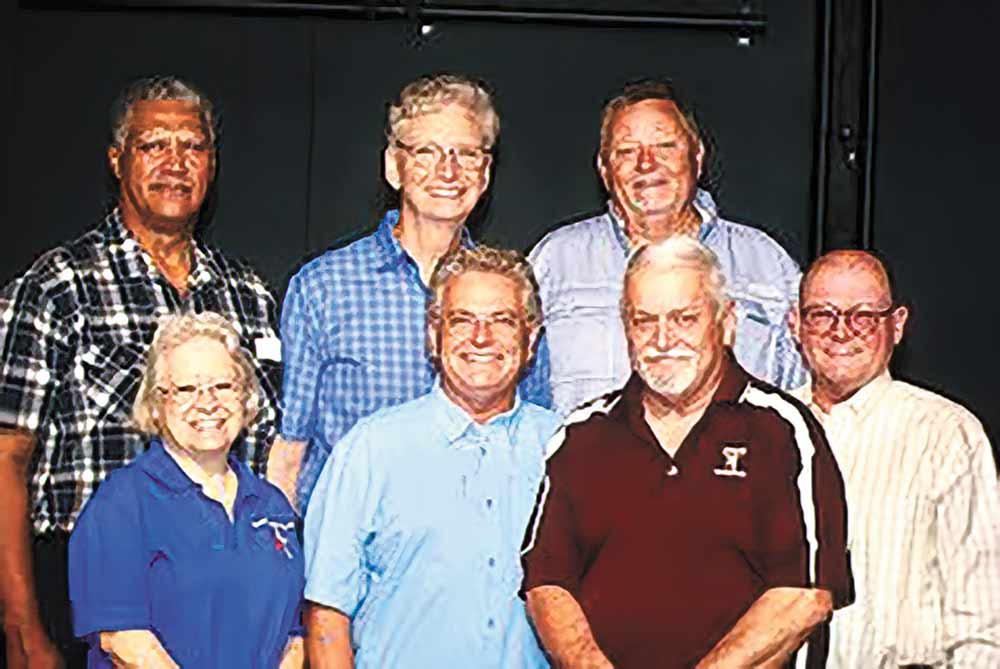 The preachers offering praise during the National Day of Prayer include (back row, from left) Douglas Jackson, Dan Darby and Dalton Currie; and (front row, from left) Marianne Rayne, Phil Herrington, Charlie Lambardino and Deral Shelton.

Although originally scheduled for outside, the event, which had 42 in attendance, was moved into the FBC student building due to the weather.

Darby said they got through got out in about 45 minutes despite seven preachers praying.