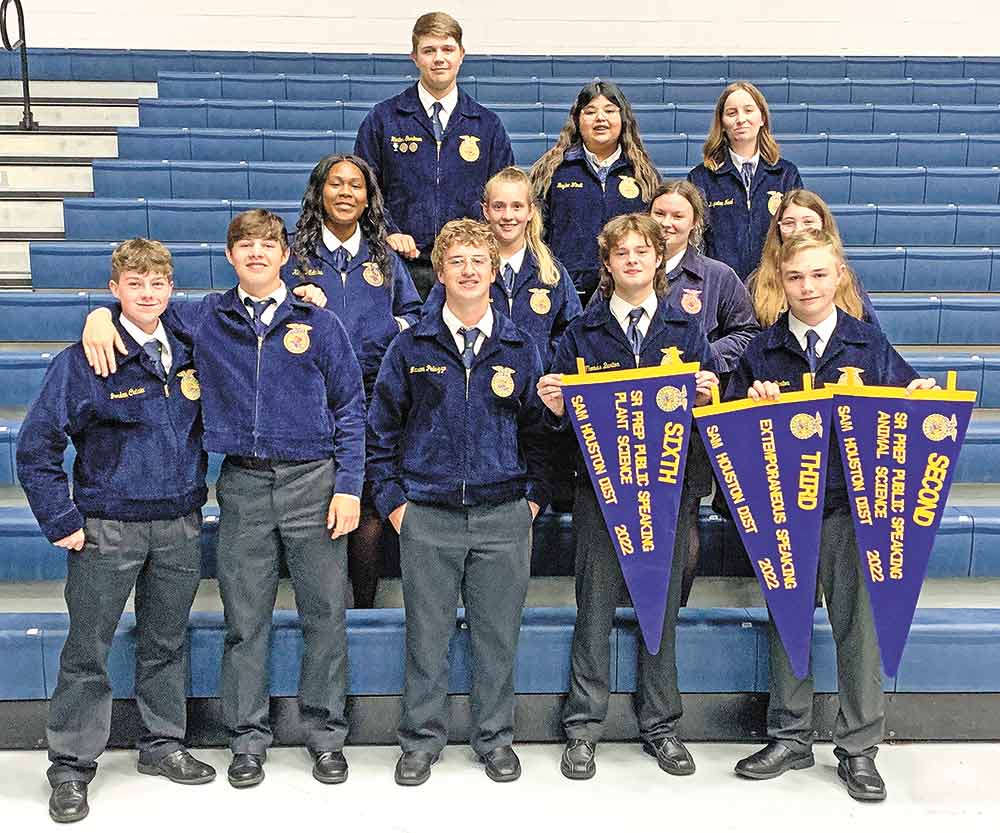 CROCKETT — Shepherd FFA members placed in several competitions while one member was elected to the district board.

The group attended the Sam Houston District FFA Convention in Crockett on April 25.