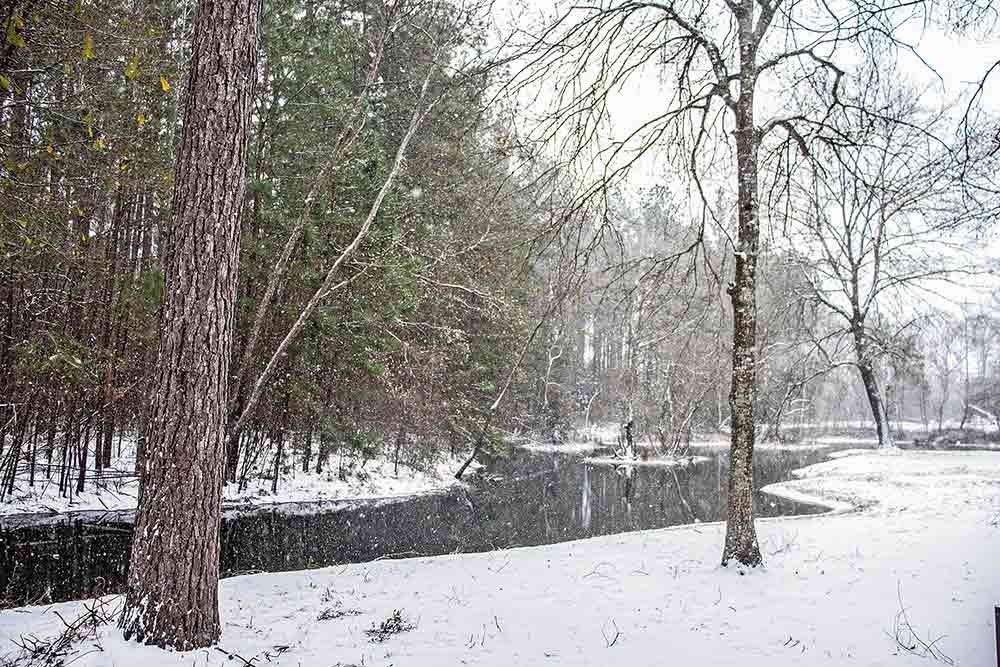 Many of us would agree that 2021 was not as bad as some of the year’s past — dealing with COVID crises, terrible economies and strange elections — but still it had some items of interest to keep the year lively and interesting.

Here, in no particular order, are some of the highlights of the last year.

It isn’t often that those of us in East Texas can complain about winter weather, but we got that chance when a week in February dropped snow on the ground and temperatures into single digits.

So with record low temperatures and uncharacteristic snowfall, San Jacinto County came to a standstill.

Schools were closed, roads were closed for ice, pipes burst, water mains ruptured and sewers and homes suffered damage. Even more disastrous was the electrical grid being unable to handle the load, and power companies were forced to start rolling blackouts to stave off a larger blackout.

Water had to be shipped it to give residents something to drink, because many areas were put under a boil water notice.

Rainfall also posed a problem in the first half of the year, with most of the annual rainfall soaking the ground by June. And in May, just under 14 inches of rain fell.

The result was that construction projects were delayed, travel was discouraged and even school buses had to be rerouted because of impassable roads. 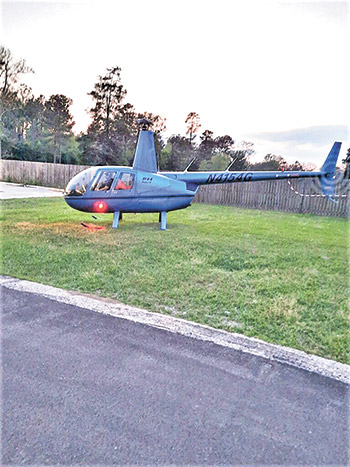 There were several changes in the county, most notably in leadership, as 24-year political veteran Kevin Brady decided to retire from his position as U.S. Representative for District 8.

Brady said it was just time to bring in fresh faces and fresh ideas.

The city of Coldspring gave a rapid response after a customer of a local diner decided to pick up his to-go order in a helicopter.

Mayor Pro Tem John Benestante said that on April 2, while he was working in his vineyard, he noticed a R44 model helicopter circling the area.

He then received a call that a nearby restaurant, The Hop, on Texas 150, had a helicopter landing in a yard. Apparently, the pilot had called in a burger order for himself and a passenger, and told the person taking the order he was flying in to pick it up.

Benestante, who had previously worked with the FAA and had some familiarity with requirements, told the pilot he had to have the property owner’s permission to land; the pilot claimed he had it.

In response, the city passed an ordinance banning such landings.

Twice during the summer, once in June and once in July, people held Sheriff’s Deputies at bay by barricading themselves in homes.

In June, a 39-year-old Cleveland man told police he was tired of living and kept officers away for three hours while holding a rifle and threatening harm to himself.

After lengthy communication, the man allowed deputies access, and he was transferred to a hospital for evaluation.

A month later, a 36-year-old former Coldspring resident held his parents hostage for about four hours when deputies attempted to arrest him on a Harris County warrant for murder.

The parents were extricated from the home without harm, and later, the Harris County SWAT team was able to arrest the suspect.

A proposed landfill has residents in the southwest part of the county petitioning the County Commissioners Court for help to get it stopped.

Residents have repeatedly sought help from the county, and have spoken at every meeting since June.

Concerns about safety, the environment, polluted ground and surface water and the effect on area crops and animals have been voiced to both the state TCEQ and the county.

Residents continue to oppose the effort.

While not a Cinderella story, the Coldspring-Oakhurst Trojans put up an exceptional performance in this year’s football season, making it to the first round of the playoffs.

It was the second year in a row that the Trojans posted good numbers, an accomplishment after the shortened 2019 season.