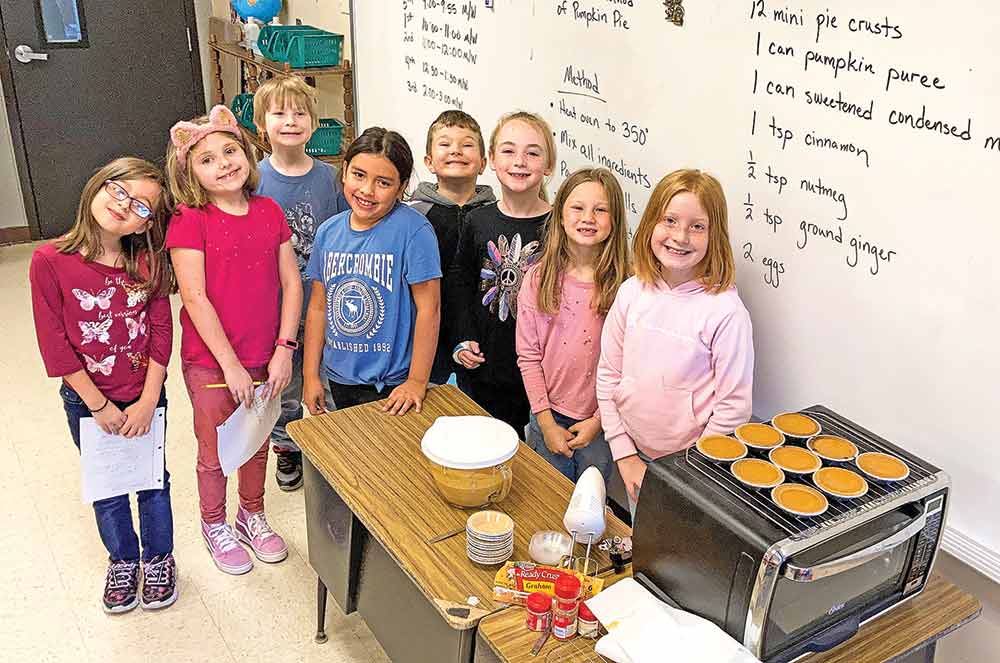 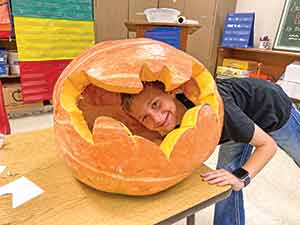 Coldspring Intermediate student Cooper Moss saw like from the perspective of a pumpkin head on Courtney Bailes class as they studied pumpkins over the last few weeks.Special to the News-Times

COLDSPRING — James Street Elementary and Coldspring Intermediate students in Courtney Bailes’ GT classes had “Pumpkin” to talk about the last few weeks as they completed a number of pumpkin-related projects.

“Students wrote about, measured and carved a giant pumpkin,” said Bailes. “They then worked with fractions making mini-pumpkin pies along with 3D pumpkin pies which incorporated six rigorous pumpkin math problems. Orange you pumped for Fall?”