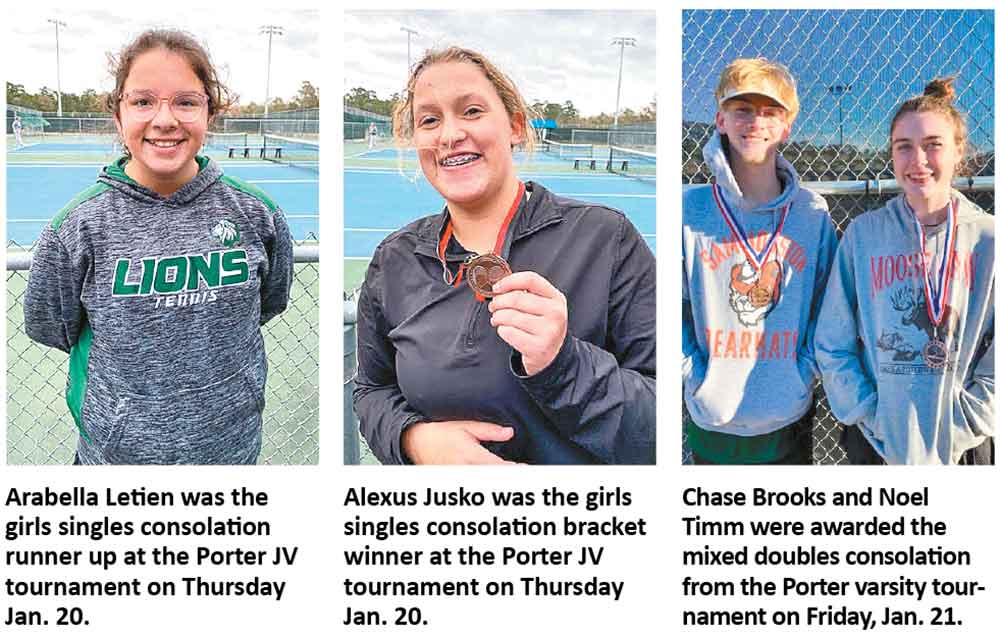 The Onalaska Lady Cats made a few clutch jumpers near the end of Friday night’s challenge in Coldspring to defeat the Lady Trojans 50-48.

Kenadi Houser drilled a 3-pointer to put Onalaska up 48-46 with just 24 seconds to play. Two successful free throws by Coldspring’s Brianna Shaw-Rucker tied it at 48 with 20 seconds left. Houser hit another jumper to put the Lady Cats up two again and the Onalaska defense held off a last-second shot to win it.

“Finally, right? That right there – the passion and togetherness and the fact that I could put anybody on the floor even with 48 seconds and sub a senior on, that is what team is about,” Onalaska coach Ashley Sustaita said. “I knew it was inside of them all year. I hate it for the seniors that it has taken this long to get there. There is a reason why we were picked first in the district. I think they were just scared of it, but I am glad that they found it because basketball is more about life. If you know how to fight through adversity like that, they are going to be so much more successful in life. I am just super proud of them.”

For a season that has not gone the way Onalaska would like, Friday was an emotional win. They are currently in sixth place in District 23-3A.

Two seniors led the way for the team, as Kylie Sisk had 18 points and Houser had 14. Sophomore Katie Boyce added eight.

“(Sisk) put her head down and (Houser) put her head down and just did what they needed to do. (Houser) is actually a post and handled the ball for me. (Sisk) did what she needed to do as far as attacking and calming everybody down and being a leader on the floor. It has been in them all year, it has just been getting it out of them. It was kind of nice for somebody else to step up. There has been so much pressure on Kylie for four years to be the one that gets the ball in the last 15 seconds. I know that she appreciates everybody else stepping up to her level on that occasion. It just makes it so much better.”

Shaw-Rucker of Coldspring led her team with 14 points, while A’Lyvia Jackson had 11.

“We were the problem. I thought we were more beating ourselves tonight than the other team,” Coldspring coach Thaddeus Gordon said. “They came and they fought hard, and we fought hard and it was a good game. I don’t take anything away from (Onalaska); they did good. I think Ikira Byrd, she did a pretty good job, but she got into foul trouble. When she was out of the game, it kind of hurt us.”

The Lady Trojans are in fourth place and trying to hang on to a playoff spot. They will next play Trinity, while Onalaska will host Trinity Friday. 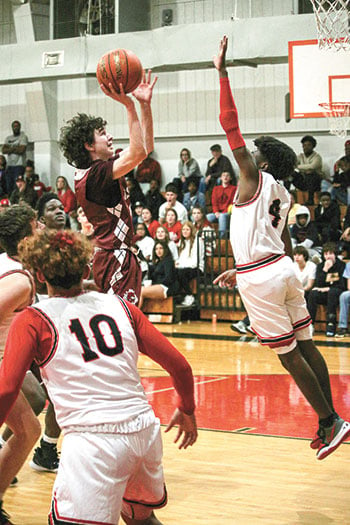 The Coldspring Trojans led throughout Friday’s contest with Onalaska, winning 93-67.

The Trojans raced out to an early advantage, going up 20-3 with a few minutes left in the first quarter. However, Onalaska fought back, closing to within 10 midway through the second period at 30-20.

Coldspring had five players score in double figures to lead the way. Cam Shaw-Rucker had 18 points, Luke Monroe had 17, K.D. Bookman had 14, and Xzavien Major and K.J. Harden each had 10.

“We came off of a tough game last night,” Coldspring coach Greg Devers said. “This is our second game in as many nights and I’m not really sure how our legs were. During the first quarter, they kind of answered my question of how they were. It looks like we took the lead for granted and the Onalaska kids didn’t quit. Our press really gave them problems.

“We lost focus throughout the game. We’ve got three big games next week and I try to keep them focused, but sometimes it is hard to do for a teenager. We missed four days of practice last week because of COVID. Last night, we were cramping up, and you could tell that we are just a little rusty. I’m hoping these games will prepare us for the next three games. We are tied for second right now with Tarkington. They are off tonight, so we are both 5-2. New Waverly is 7-0. We have Trinity, Tarkington and New Waverly in the next three ball games, so it is going to be tough.”

After a slow start, Onalaska competed well and showed no signs of quitting. Bryan Wyatt led the team with 20 points, Johnny Byrd had 10 and Lucas Jackson and Gauge Mosley each had six.

“I was disappointed with the start,” Onalaska coach Nick Tyerman said.

“Shots were not falling and there were some silly turnovers, but once we calmed down, we were able to get a rhythm and go. I think we played pretty even after that. We just can’t start like that. In practice, you try to make it as helter-skelter as you can, because when you play them, it is chaotic. You try to make practice the best you can to simulate it.”

Onalaska has now been eliminated from the playoffs this season, but the coach is looking forward to getting playing time for his younger players and ready for next season.

“I think we can play spoiler to a couple of other teams, so that is what we will take pride in doing,” Tyerman said. “This group is statistically the best offensive team that I have had in terms of shooting and taking care of the ball. We just have to take that next step next year, which I think we will. We need to be more physical and spend time in that weight room this summer and spring to get us strong, where we can compete for a playoff berth next year.” 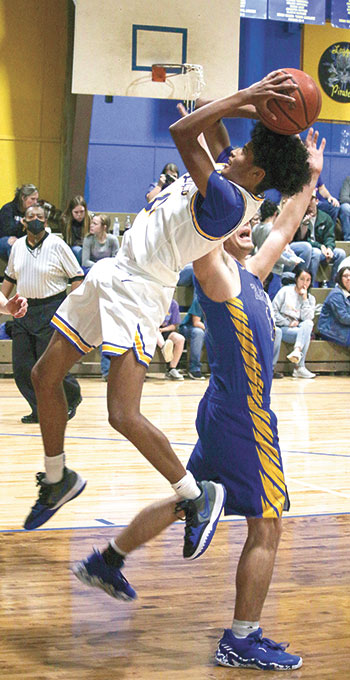 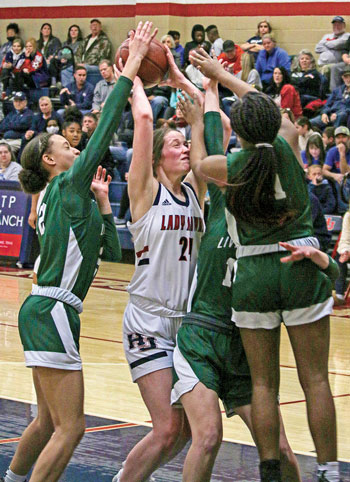