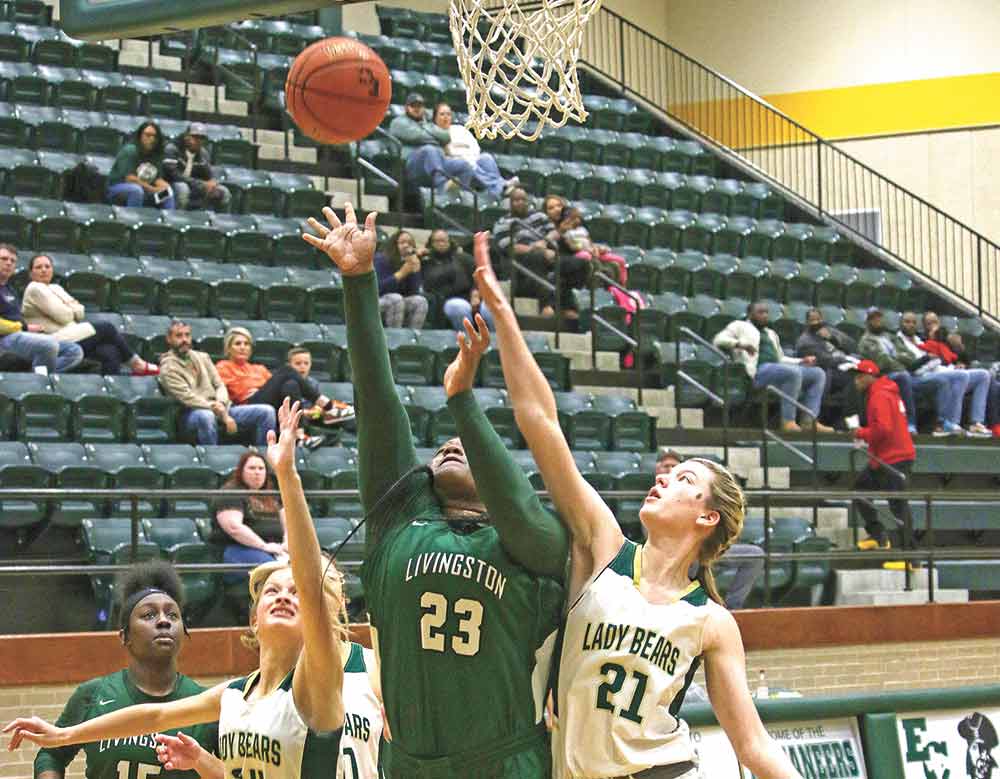 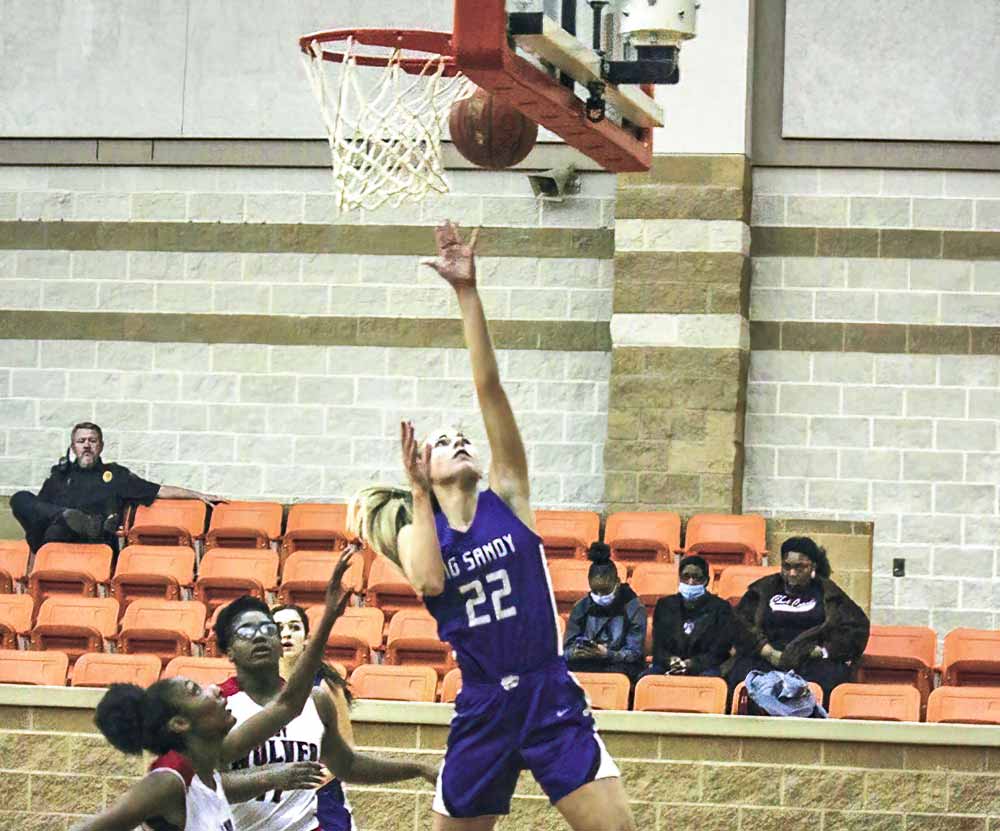 Lauren Hulin collects two points in the first half. Photos by Brian Besch

The defense from Dallardsville was the story of the contest at Wells High School, shutting down a powerful San Augustine attack for three quarters of the game.

The game was a tight one for an entire half. Both teams made mistakes and both teams missed opportunities for additional offense.

Big Sandy led the entire game except for a minute in the second period.

After a 13-6 first quarter, the Lady Wolves began a comeback and took their only lead 15-14 at 5:42 in the second quarter. About 40 seconds later, Big Sandy was back in front and remained there.

A long bucket separated the two teams during halftime at 20-17.

However, Big Sandy distanced themselves with three 3-pointers from Corynn Kaleh before the Lady Wolves could answer.

Big Sandy coach Ryan Alec said rebounding was a point of emphasis in the locker room at the half. He thought the opponents tested his team's physicality and that the Lady Cats were able to hold up well.

“We left some points on the floor in the first half and I thought they did too,” the coach said. “In a game like this, those points are very important. We bounced back and knocked down some big shots in the third quarter and Corynn Kaleh stepped up for us. I think that was probably the turning point in the game for us, with her knocking down those shots. She got a little confidence in her and made some big plays for us.”

The defense also made an impact in the second half. San Augustine could muster only nine points over the final two quarters, allowing the fans in purple the chance to enjoy the game’s final five minutes without worry.

“That was a tough task for us,” Alec said. “Holding that team to nine points with their athleticism and quickness and guards that can just get by us, we had to make some adjustments in the second half.

Typically, we are a team that likes to get out and press a little bit and we like to go up and down. That really wasn't working for us inthe first half. We were fouling a little bit too much because they were more athletic than we were.

“At halftime, we came in and we talked about sagging off a little bit. We focused on (San Augustine leading scorer JaToryia Barnes) and not allowing her to get to the basket. We were going to give up the three just so we didn't get beat off the dribble and allow them to get to the basket. I think it worked for us, but we had a few get away from us. I thought we transitioned into a different type of defense in the second half and did a great job with that.”

Kaleh led all scorers with 19 points, including five 3-pointers. Kalyssa Dickens had 10 points and Alexis Thompson had five. Barnes led the Lady Wolves with 13 points and two others added four each.

The Lady Cats will move on to play the winner of Beckville and Cushing in the area round. The game is likely to be played Friday. The Polk County Enterprise Facebook page will update with day, time, site and opponent once announced. 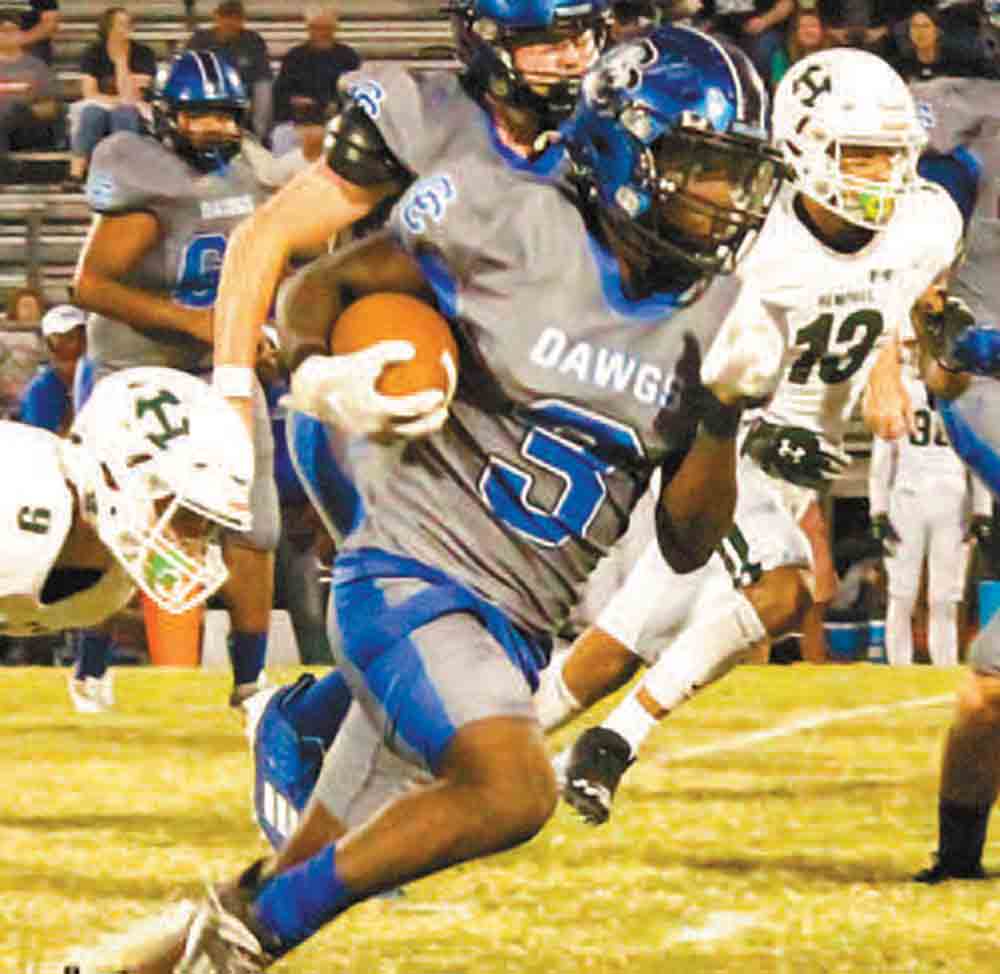 JaVarion Williams of Corrigan-Camden was named to the Texas Sports Writers Association Class 3A All-State team Wednesday. The Bulldog junior was a standout on both sides of the ball, but was named to the third team as a utility on defense. File photo 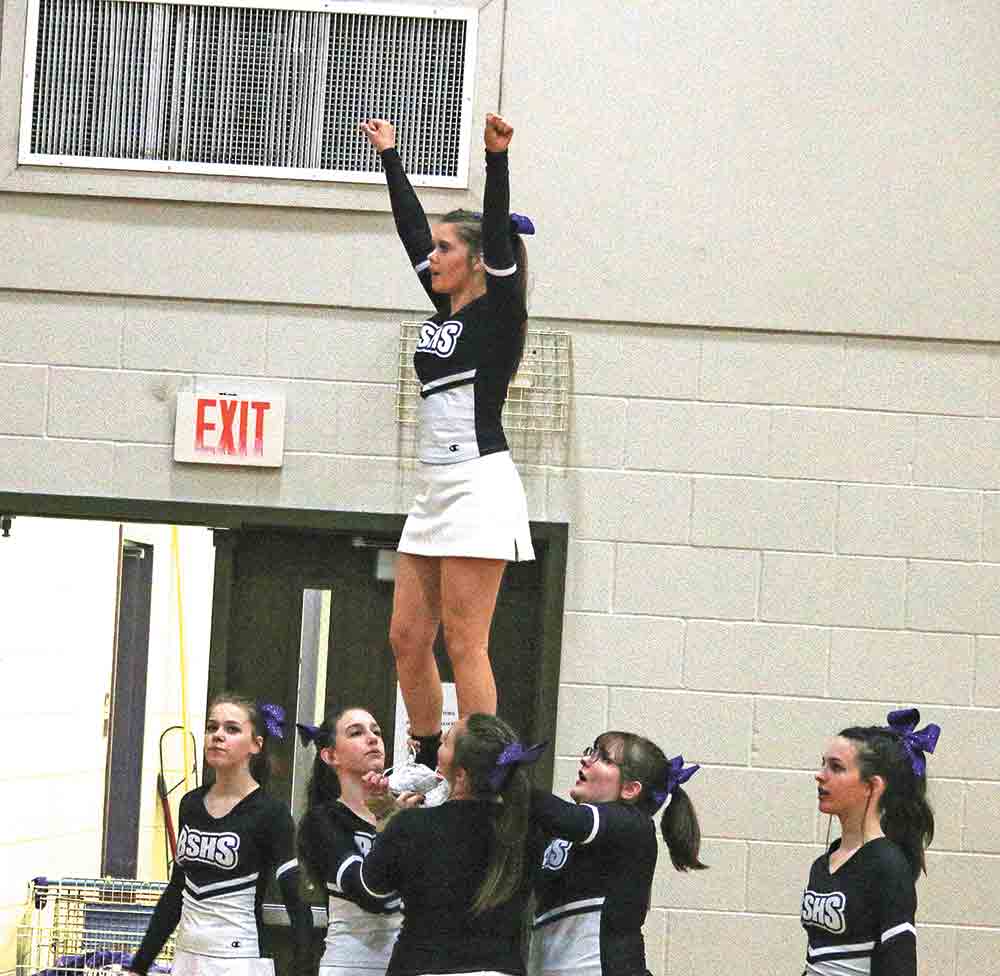 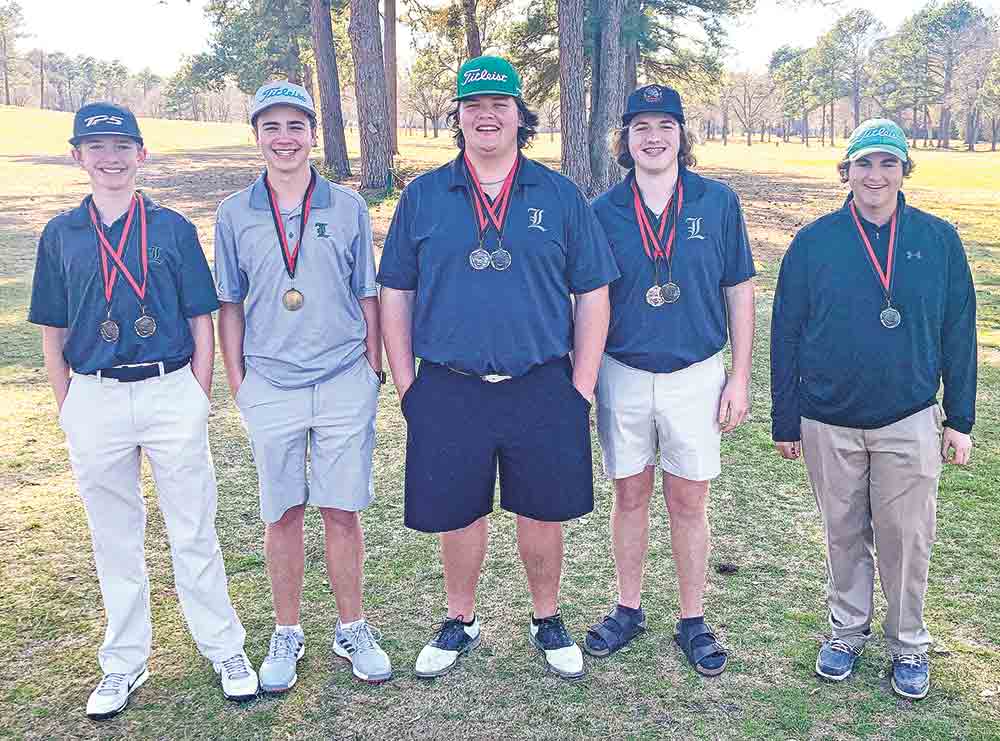