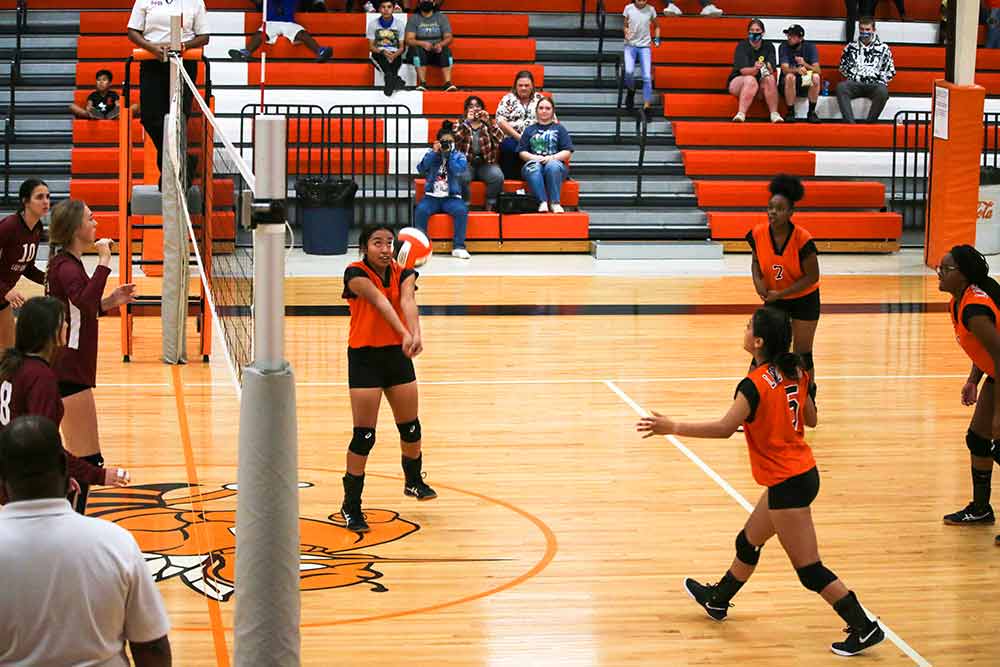 Brian Besch
This email address is being protected from spambots. You need JavaScript enabled to view it.

It is Goodrich’s second win of the volleyball season, with just as many over Hudson.

“We have improved a whole lot,” new Goodrich coach Pinellafie Johnson said. “I am pleased with the passing, but we definitely need to work a little more on our serving. We missed entirely too many serves and I told him we can’t win too many games without serves. I don’t mind missing volleys, but the serves we have to get over.” 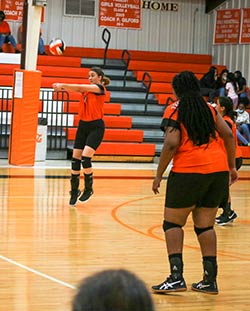 Sophomore Daisy Stutts passes to a teammate.Goodrich came from behind in the second game — down 14-11 — going on a 13-2 run and flipping the score to a 24-16 advantage. Daisy Stutts served well during the run and Aralyn Angel was all over the court, able to pass the teammates to get the ball back over. 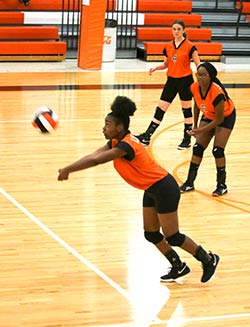 Jamya Garrett sends the ball back over.Johnson was also impressed with her young setter, Arly Balbuena.

“To have a freshman to set for you, that is awesome. Not knowing anything about the game and just picking it up like that,” the coach said. “Anytime you tell her to do something, she is there to do it.

“All of the others, they all contributed at one point in the game. It is a team effort. We worked well as a team and we were in place for the ball. A lot of times it just hit off the wrong hand or we called it too late. They are learning, they are getting there, and they are young. I was pleased with the effort tonight.”

Goodrich is now 2-6 on the season, with both wins over Class 4A Lufkin Hudson. However, the 1A school has played mostly 4A and 5A competition in tournaments to prepare for district.

Johnson said her junior high program has a few more girls than the eight that are on the varsity roster, but she is satisfied with the young group she has. There are only two upperclassmen — a junior and senior. Goodrich will next play at Burkeville Friday and returns home for Coldspring Tuesday.