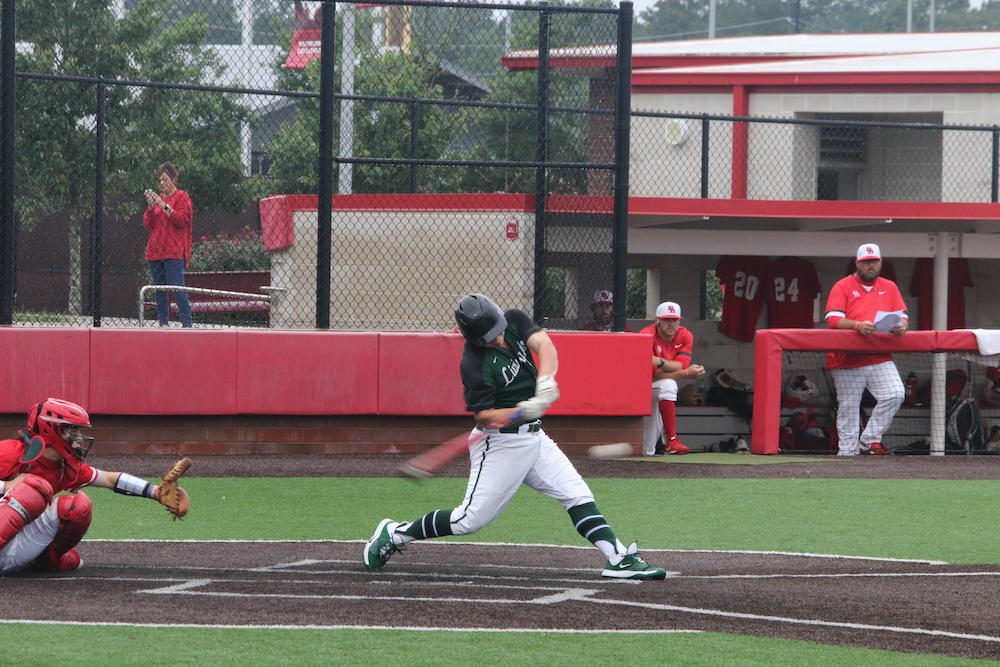 Livingston Lion baseball lost 6-5 in extra innings and heartbreaking fashion Wednesday to Bellville. They will need wins Friday and Saturday to continue the season.

Every out was important Wednesday and the last out of each inning seemed the most difficult to secure.

Down 4-2 and down to their final strike, Cooper Brown reached base with an infield single. Jacob Haynes drove him in with an RBI-triple. In just his second at-bat back from injury, Landon Leggett delivered his second hit of the game, tying it at four each. All was accomplished with two outs.

"Every out and every pitch matters," Livingston coach Wade Halfmann said. "We had two strikes. Every pitch matters. We saw adversity for the first time in the playoffs. We saw adversity, and we overcame it. Down 4-2 with two outs, we overcome adversity. There is unbelievable fight in these kids. Did we make mistakes? Yes, we did. I didn't say a word about it -- they know. These guys are ball players."

In bonus baseball, Tay McNeal led off with a base hit to center field. Ruiz then singled, getting McNeal to third. Tyler Seek fouled off five pitches before getting the fly ball into the outfield needed to get the go-ahead run home.

Brown, who threw two-plus innings of relief, got two quick outs in the bottom of the eighth. Then, a batter was walked, followed by a single. Brown finally got the ground ball he needed, but the throw from third base sailed beyond first, allowing both runners to score and the Brahmas to take Game 1.

Ruiz, Leggett and Haynes each had two hits for the Lions, while those three plus Walker Findley and Gage Morris had a run batted in.

Halfmann is known as a motivator, but gave a different answer when asked how he would get his team energized after a deflating loss.

"I don't. It's their turn. This is a series now. Some of these kids have been in the playoffs, one and done. They left in their sophomore year saying that it was alright and that they will have next year. Now, there isn't a next year. If they want to keep playing, they will find it within them to look in the mirror and say that they are somebody. I believe they are."