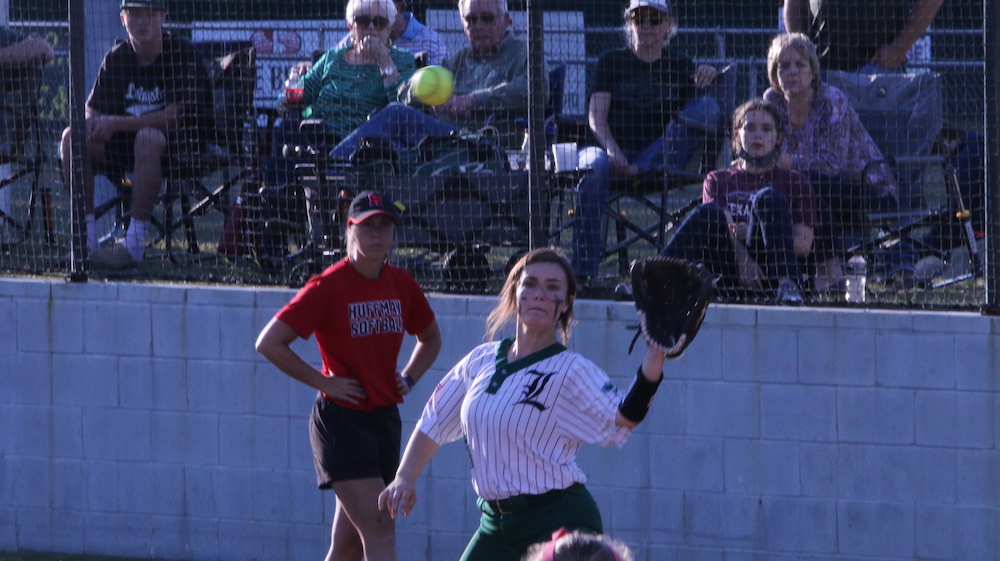 BRIAN BESCH | PCE Lady Lion senior Elaina Evans stretches for the throw from third base in her final home game.

The Livingston Lady Lions dropped their final home game of the 2021 season Tuesday, as the Hargrave Lady Falcons took a 6-1 decision.

Showing some power at the plate, the Lady Falcons utilized a couple of home runs in the fourth inning that would decide the outcome. Hagan Pike smacked a solo shot, and after a runner reached base, Maddi Smith notched two more on the board with a connection that cleared the wall in left field.

Added to a run scored in the first, that put the girls from Huffman up 4-0. Livingston pushed a run across in the sixth inning, started by a Kaylie Bush single and sacrifice off the bat of freshman Jaycee Knighton to push her to second. Carrie Parker slapped a single into the grass and slid into second when the throw home could not catch Bush. 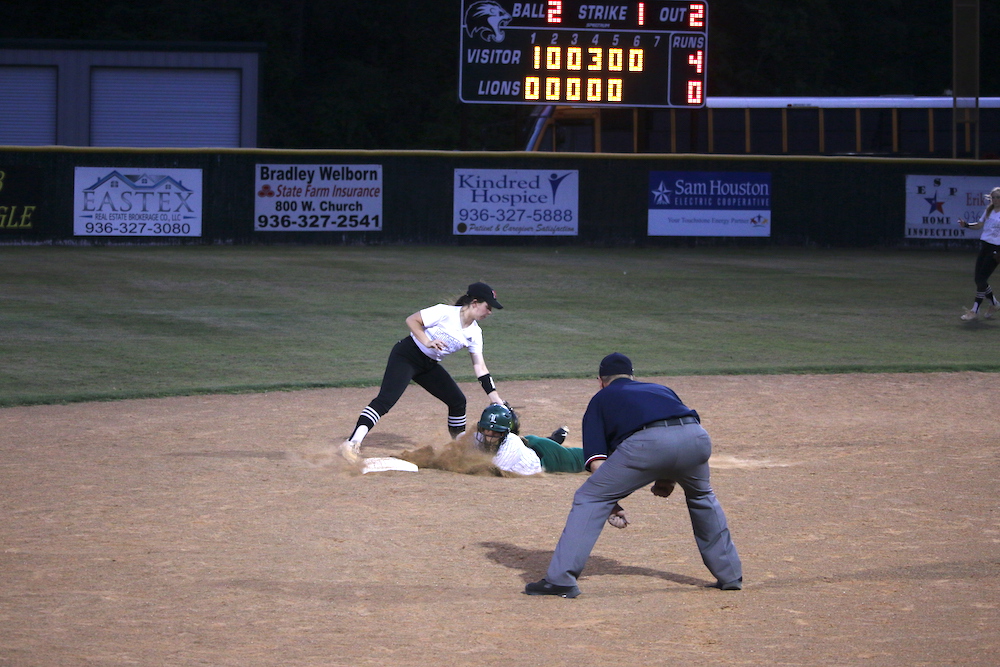 BRIAN BESCH | PCE Carrie Parker slides into second base after driving in a run.

Pike would strike again in the seventh with the bases loaded and no one out. Her single allowed two more to score.

“It has been a struggle and we will make a mistake and then make another mistake,” Livingston coach Ruth Wright said. “Knowing what we are supposed to do when we get the ball, we've done a lot better, I thought. They don't have the experience and I have been playing with different positions, so they have had to get comfortable at two different positions. I basically go with if you are getting the job done at the plate, I am going to put you somewhere defensively.”

Three of those that Wright said has performed at the plate this season are freshmen. They have also functioned in key roles when the Lady Lions take the field. Allison Lytle and Knighton both contribute by pitching and Baylee Yantes has been on the receiving end behind the plate. On Tuesday, Lytle started, throwing four frames and Knighton finished off the final three.

District 21-4A has produced the last two state champions in Liberty and Hargrave, and the competition is proving strong once more this year.

“The bottom line is this district is amazing,” Wright said. “The pitching is great and if you miss your spot, it can be deadly. The combination of pitchers (Lytle and Knighton), they got a lot of reps this year and that confidence is going to help. On varsity playing as a freshmen, I have three of them and they stepped up and did a great job. They are only going to get better.”

On the other end, the Lady Lions will lose a lone senior, first baseman Elaina Evans.

“Ever since freshman year, this group of girls has been great,” Evans said of her time wearing the green. “I'm going to miss the girls the most. We have grown together, played together, improved together and made great memories. We have had great coaches that have not only taught us to play the game, but to love the game. I'm just going to miss the people I've built a family here with the most.” 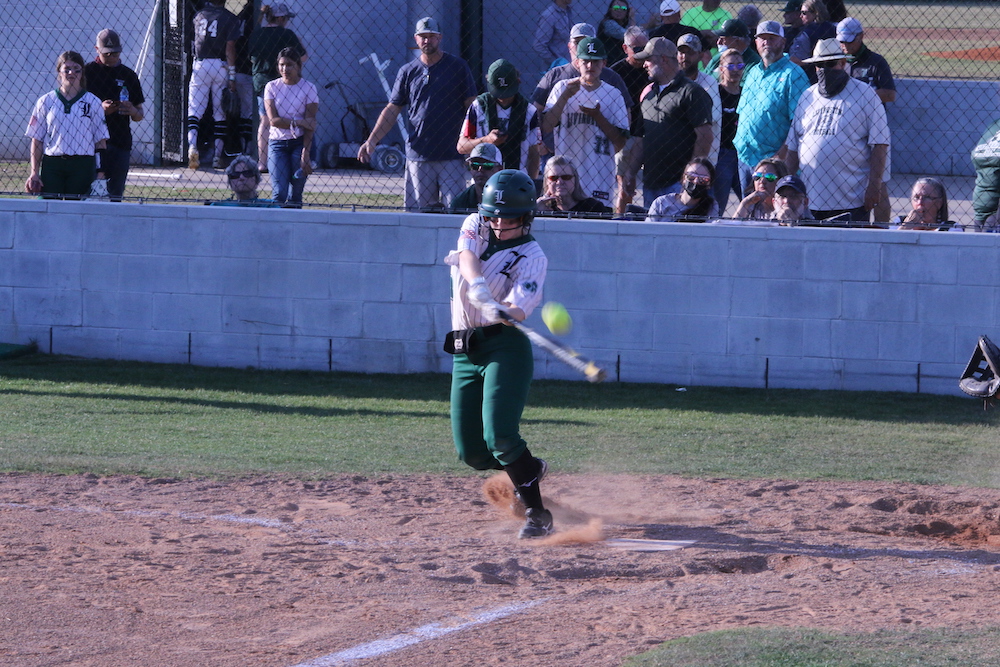 With most everyone returning next year, the coach is optimistic on the future of Livingston softball.

“We’ll continue to grow. With Elena being gone, we're going to miss her, but the depth here is good,” Wright said. “These girls are going to work outside of school and there are several that are playing select ball. This year has been (about) building, obviously, and we are getting a little more consistent.”