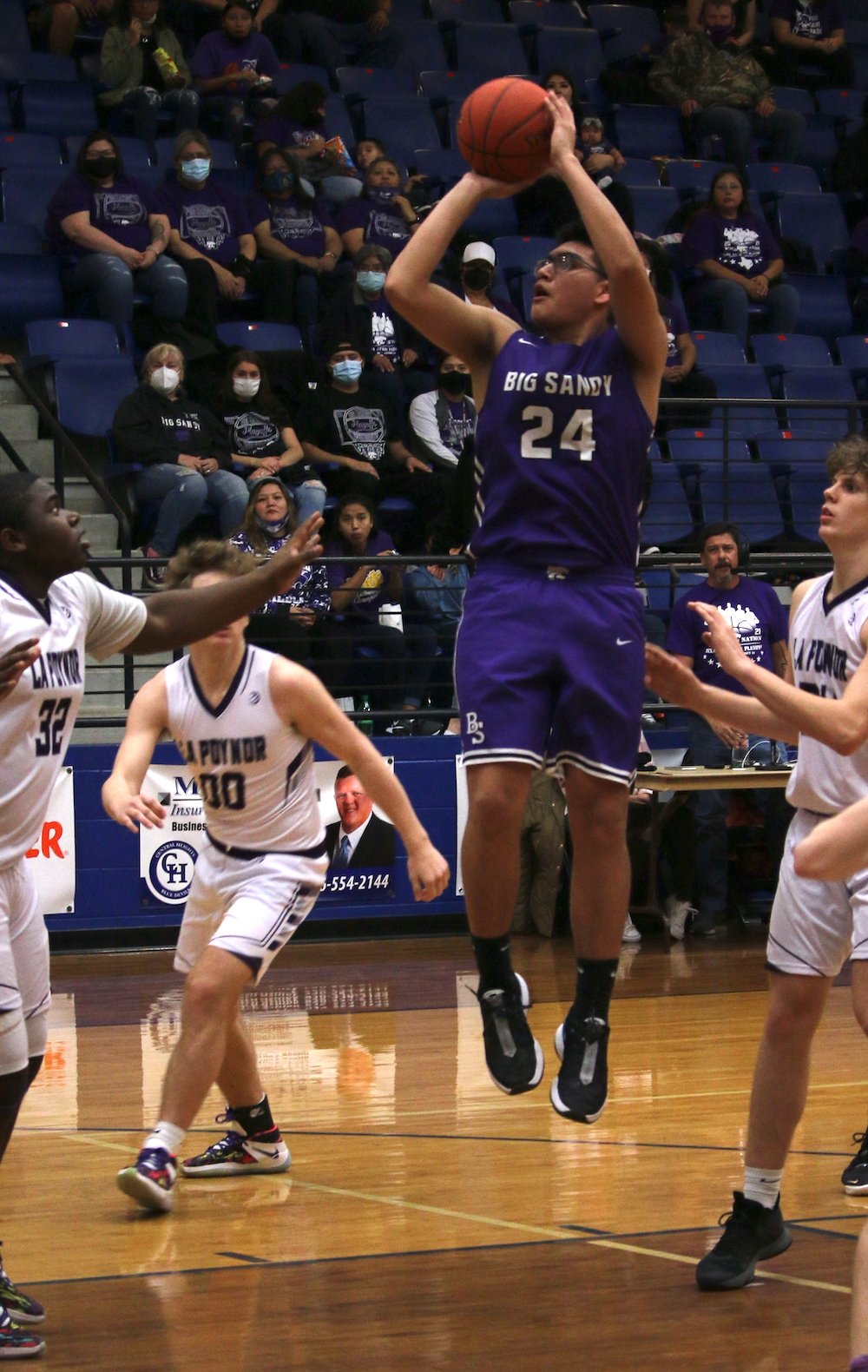 One of the state’s top teams needed every minute Tuesday to defeat Big Sandy, as LaPoynor escaped Central Heights High School with a 53-50 win in the regional semifinals.

With just 15 seconds to play and a tie score at 50 each, LaPoynor worked the ball into the post, where the bucket was made with a foul. The free throw was good and the Wildcats had one last chance.

Inbounding at half court with 12 seconds to go, a Flyer steal sealed the contest.

“I'm really proud of the kids and how we competed tonight,” Big Sandy coach Kevin Foster said. “You know that you're playing the fourth ranked team in the state and the kids came out and played really hard. I think that probably the biggest factor in the game was we defended well, but the thing that hurt us the entire game was turnovers.

We had some very uncharacteristic turnovers and I give them credit for that.

“Our decision-making was poor and it is tough to win games like that when you turn the ball over and we still had a chance. I told them in the locker room that the first three playoff games could have gone either way for the most part. We were able to make plays down the stretch and tonight they made plays. That's what those close games come down to.”

The Wildcats led after one quarter and were down just a field goal at halftime. They held leads in the fourth quarter, when momentum shifted often.

A big factor keeping the ‘Cats in the game was excellent free throw shooting. They were 17-for-20 at the charity stripe. Adrian Thompson led Big Sandy with 14 points, Kaden Foster had 10 and Dante Williams had nine in his final high school game.

Williams, Josiah Celestine and Weston Mayer will move on after finishing their senior year of high school.

“(They are) just a tremendous group of kids, first of all. Not even talking about basketball,” Foster said of his seniors.

“They are just a good group of kids that are very dependable. They are going to go on and do good things in life. At the end of the day, I think that is the most important thing. I'm very proud of the seniors and I am going to miss them. They were just a lot of fun to be around.” 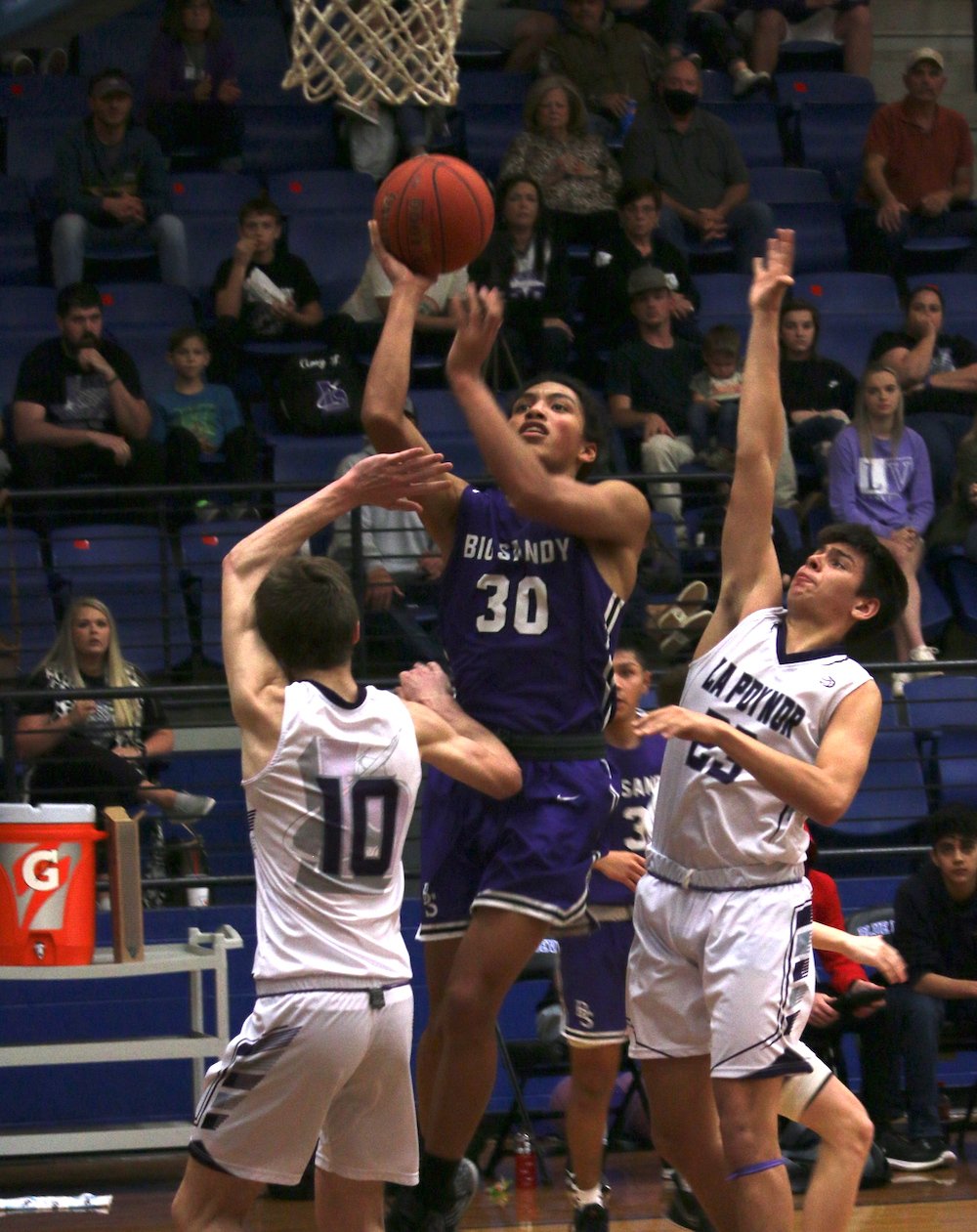 BRIAN BESCH | PCE Seth Beene-Williams shoots over and around defenders.

A team that did not have all of its players until the final seven games of the season, the Wildcats peaked at the right time to become one of the better 2A teams in Texas. They were able to defeat the No. 10 team in the state and were a bucket away from the state’s No. 4 team.

“If you would have told me that this team would be in the regional semifinals and not only make it here, but play the fourth-ranked team in the state and have a chance to win in under a minute, I would have said you were crazy. But these kids keep battling and fighting and they played together. They are just the true definition of a team. If you can do that, you can accomplish a lot.”