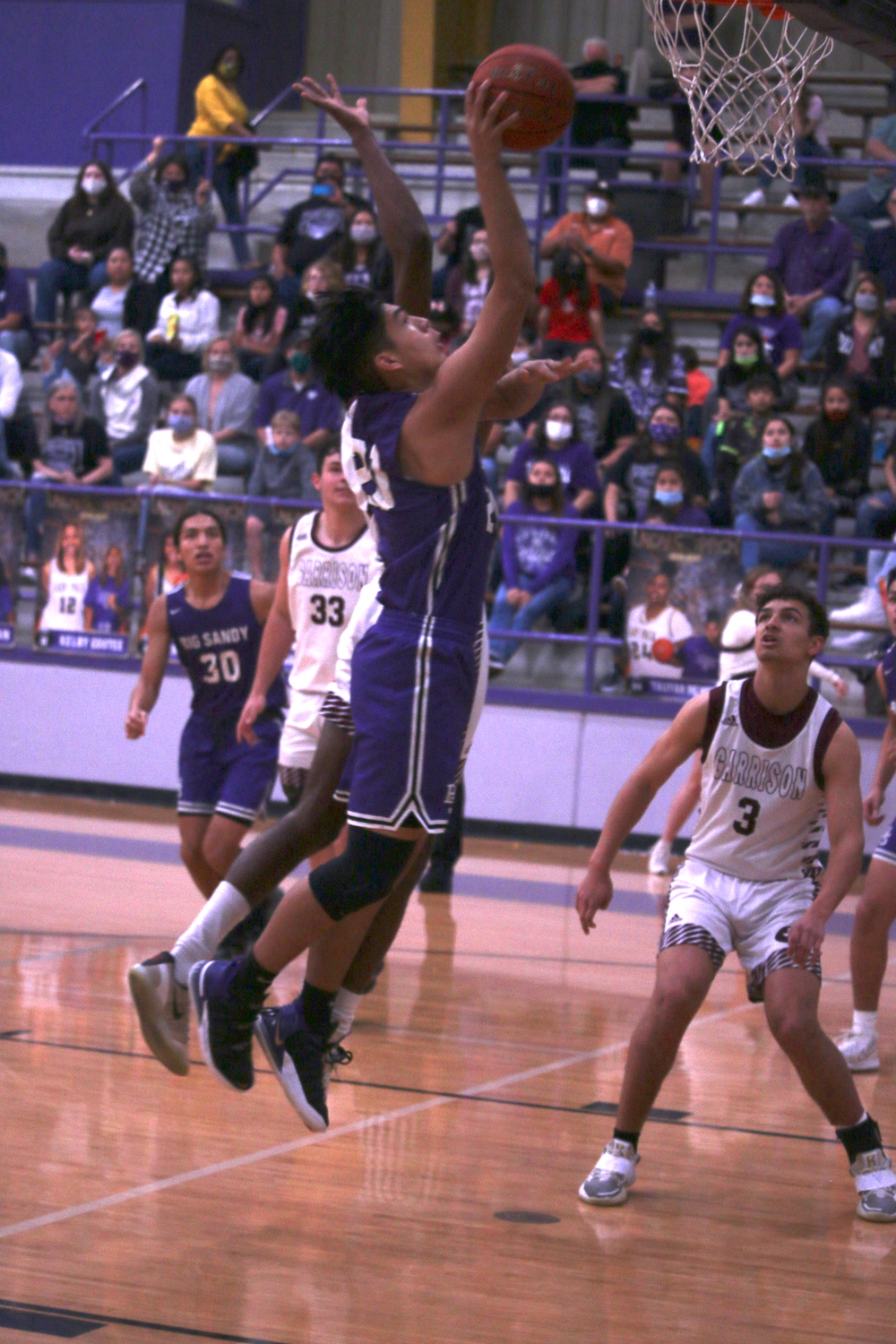 By playing incredible defense and taking care of the basketball, Big Sandy was better than Garrison Saturday night, winning by a score of 32-28.

Rarely turning the ball over, blocking out on every shot and constantly harassing the Bulldog offense, Big Sandy had just enough to defeat the No. 10 2A team in Texas.

Two field goals and four free throws were all the Bulldog offense could muster in the first half. However, Garrison also played well on the defensive end, leading to a 13-8 score at halftime. 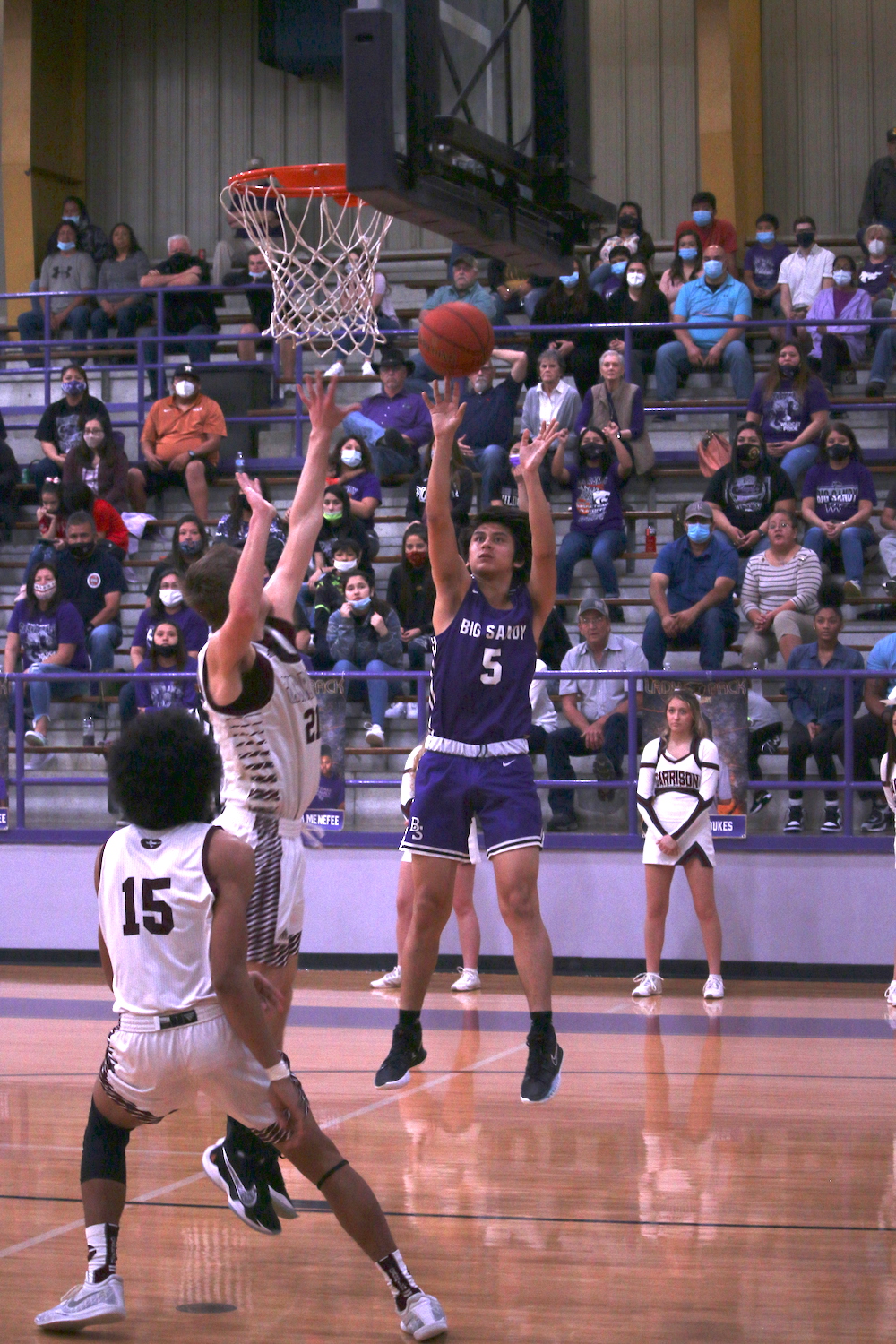 "Fortunately, they didn't shoot the ball well, because they normally shoot it very well," Foster said. "Our kids stuck to our game plan.

Garrison trailed for much of the game and was down a bucket at 40-38 to begin the fourth quarter.

Within a minute, they took the lead in what would be in a nail-biting final period.

"We knew we needed to cover (Dayton Dewberry) and (Risten Cook), because they can shoot it," Foster said. "The rest of the guys can shoot, but we were going to take our chances with that and really try to crowd the paint. (Freddy Christopher) is so explosive and quick, we didn't want to let him get to where he needed to be. We did that for the most part. Coach (Darren) Cook is a great coach and he adjusted in the second half. He ran some hi-low stuff and was able to get it to them. 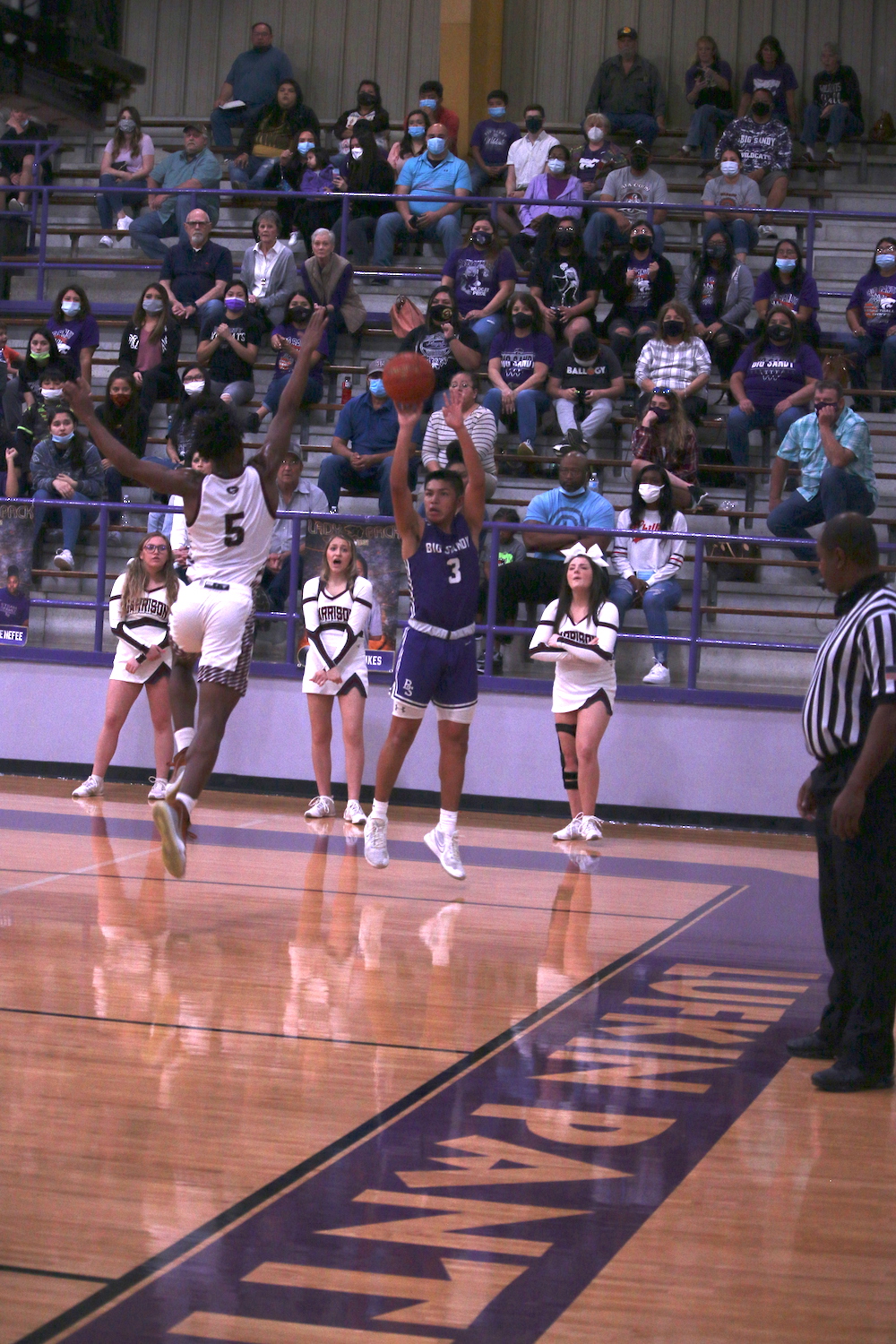 BRIAN BESCH | PCE Adrian Thompson puts up a 3-pointer from the corner.

With 20 seconds left to play, the Wildcats were clinging to a 30-28 advantage. Adrian Thompson knocked down two free throws, making it a two-possession contest.

It would be all the stingy Wildcat defense would need to move on to the regional semifinals.

LaPoynor will be the next opponent, as the two teams will meet Tuesday at 6:30 p.m. at Central Heights High School.