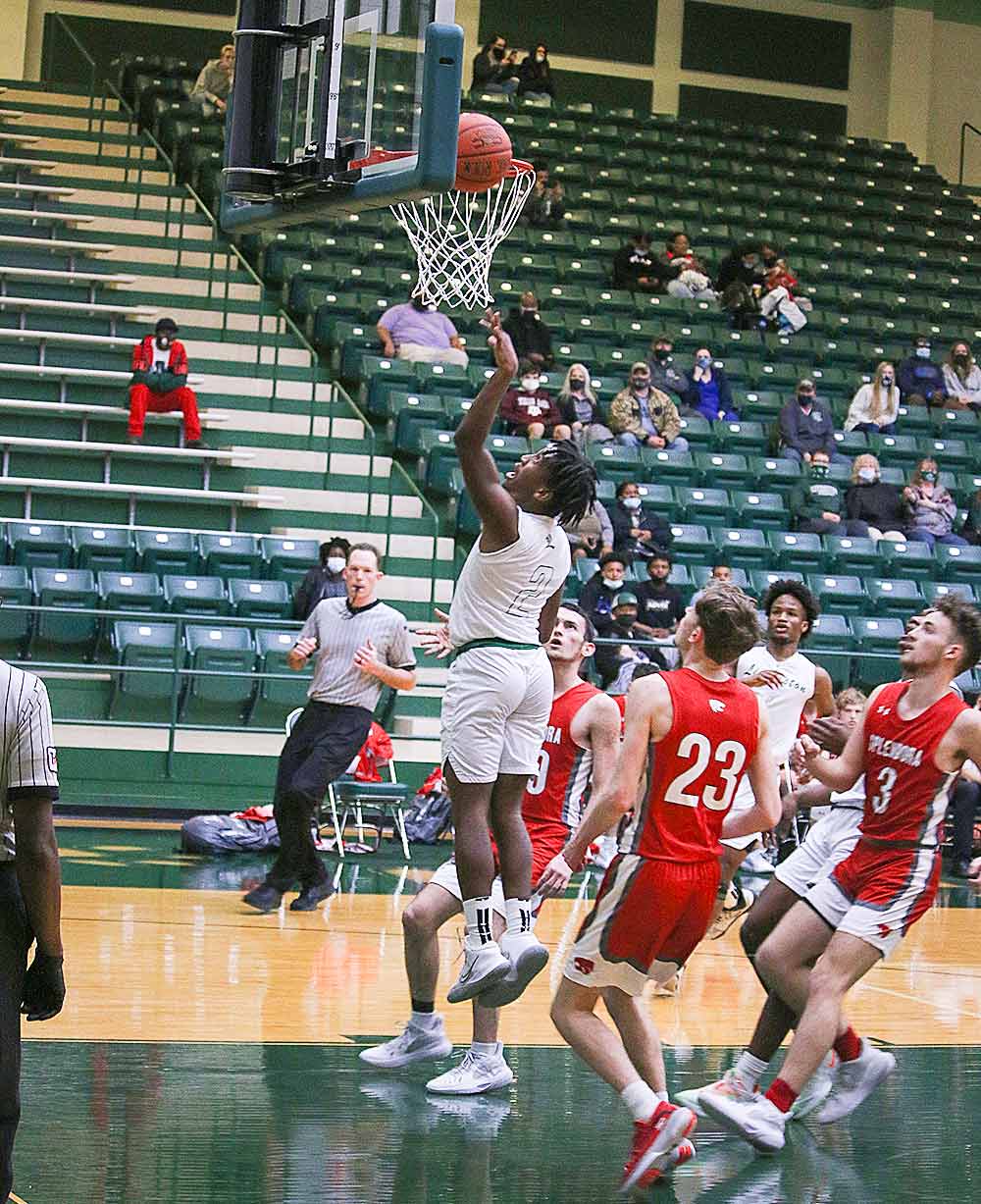 The home team led throughout the match and was never really challenged after going up 17-7 after the first quarter.

Assistant coach Stephen Seaback has taken over much of the coaching load the past two weeks, as head coach Calvin Phillips took time away with a death in the family.

“The kids are playing real well,” Phillips said following the win. “We had a big win over Shepherd in overtime and it has transitioned over into tonight. If we can put those two games together as one against Hardin-Jefferson, we've got a chance. Coach (Seaback) has done a good job with them since I have been out.” 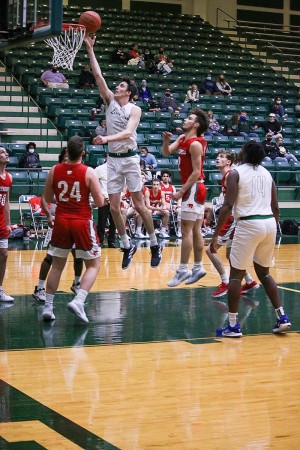 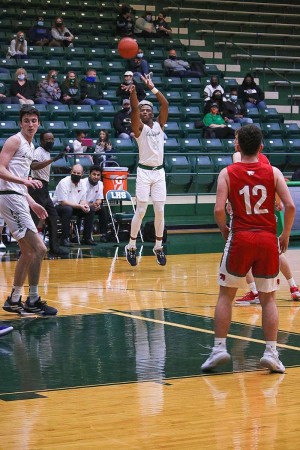 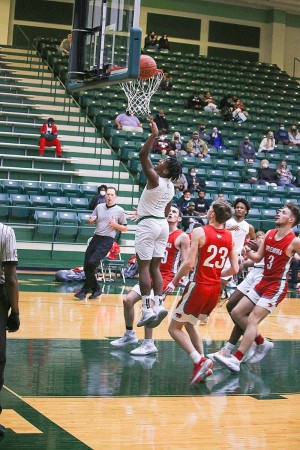 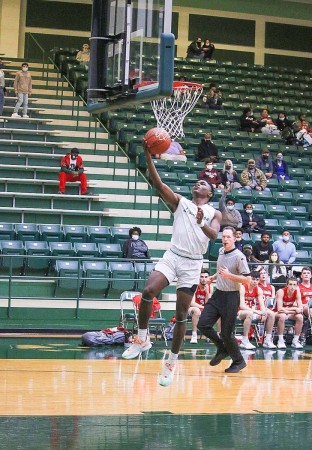 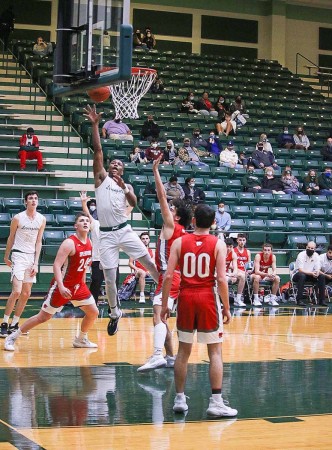 Seaback said he is humbled by the opportunity Phillips has given to lead the team. That stretch includes a double-overtime victory versus Shepherd earlier in the week. Coming back from down 19 points and a buzzer beater to force the game into overtime were the highlights in that district contest.

“They could have rolled over on me really quick, but they didn't,” Seaback said. “They just stayed with me and kept believing and we came back. I think we were down 19 and we came back and won in double-overtime in spectacular fashion with multiple buzzer beaters in the game. That was big time. It gives us a glimmer of hope. If we win out and get (Hardin-Jefferson) and Liberty, we have an opportunity to get in.”

The coach said the team has struggled to maintain large leads. He felt that Friday was one of their better showings with an advantage. At the half, the Lions were up by 18, which increased by a point after three periods.

The Lions must collect wins in the last two contests to have a shot at postseason play. A home game with the state’s No. 11 team Tuesday promises to be a steep challenge, but Seaback believes his group will provide plenty of competition.

“I'm going to always believe in my kids. Basketball is a wonky sport and you can beat anybody on any given night. Who is to say that we can't go out there and win? They have to believe and I think they are believing. We are definitely trending in the right direction. Maybe we are peaking at the right time.”