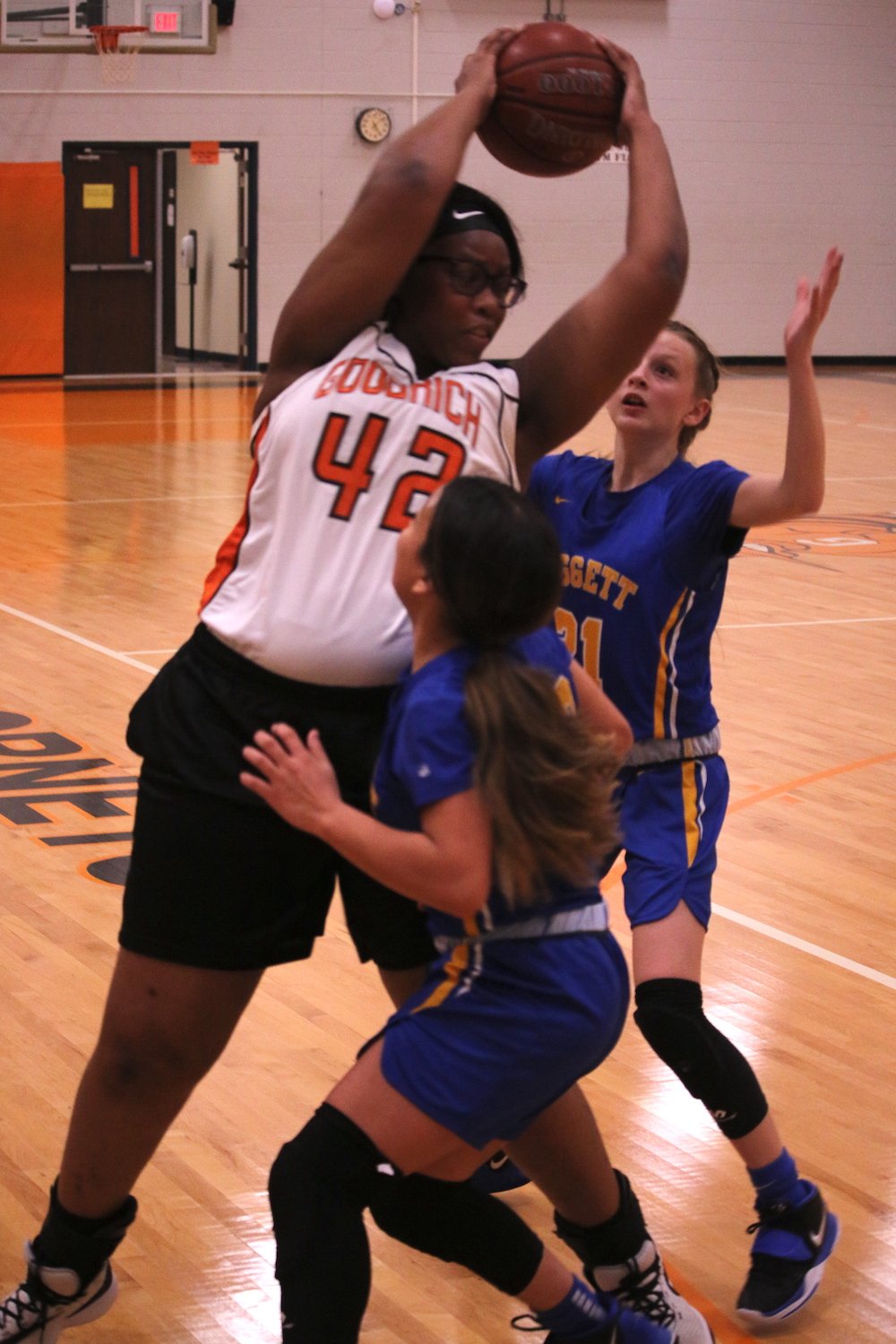 The Goodrich Lady Hornets staged a fourth-quarter comeback to pull off a 49-41 upset over rival Leggett Tuesday night.

Leggett had an impressive shooting performance in the third quarter. The visiting Lady Pirates hit five shots from behind the arc to take a 34-25 advantage going into the final period.

"We had to go man because we were letting them shoot too many threes," Goodrich coach Khadijah Carter said. "I told them that we have to play tight defense. Once we get the ball on offense, get the ball inside and just go."

They Lady Hornets did just that. The defense never let up, and the team used a size advantage to rebound and collect points near the rim.

Goodrich went on a 12-1 run to open the fourth quarter and take their first lead of the contest at 37-35 with 3:55 remaining.

"In the second half, we got too relaxed and there was a big swing," Lady Pirate coach Terri Barlow said. "Goodrich wanted it more than us. We had too many turnovers and we really weren't in it.

Goodrich was led by Brionna Passmore, who was tops in the game with 24 points. Latrina Morgan had 11. Erika Hansen was the high point for Leggett, scoring 20. Kylie Valderez had nine points on three long-range jumpers.

This marks the third district win for Goodrich, with the first two coming over Burkeville. The first-year coach said it is the biggest win of her young career to this point.

The loss knocks Leggett down to fourth place in district. The Lady pirates we'll need to win their in their final three games over Chester, Burkeville and High Island to have a shot at the postseason.

"When we got down going into the fourth, that kind of made me nervous," Carter said. "Even though we missed a lot of free throws and a few careless passes, I feel like this may be our best game."