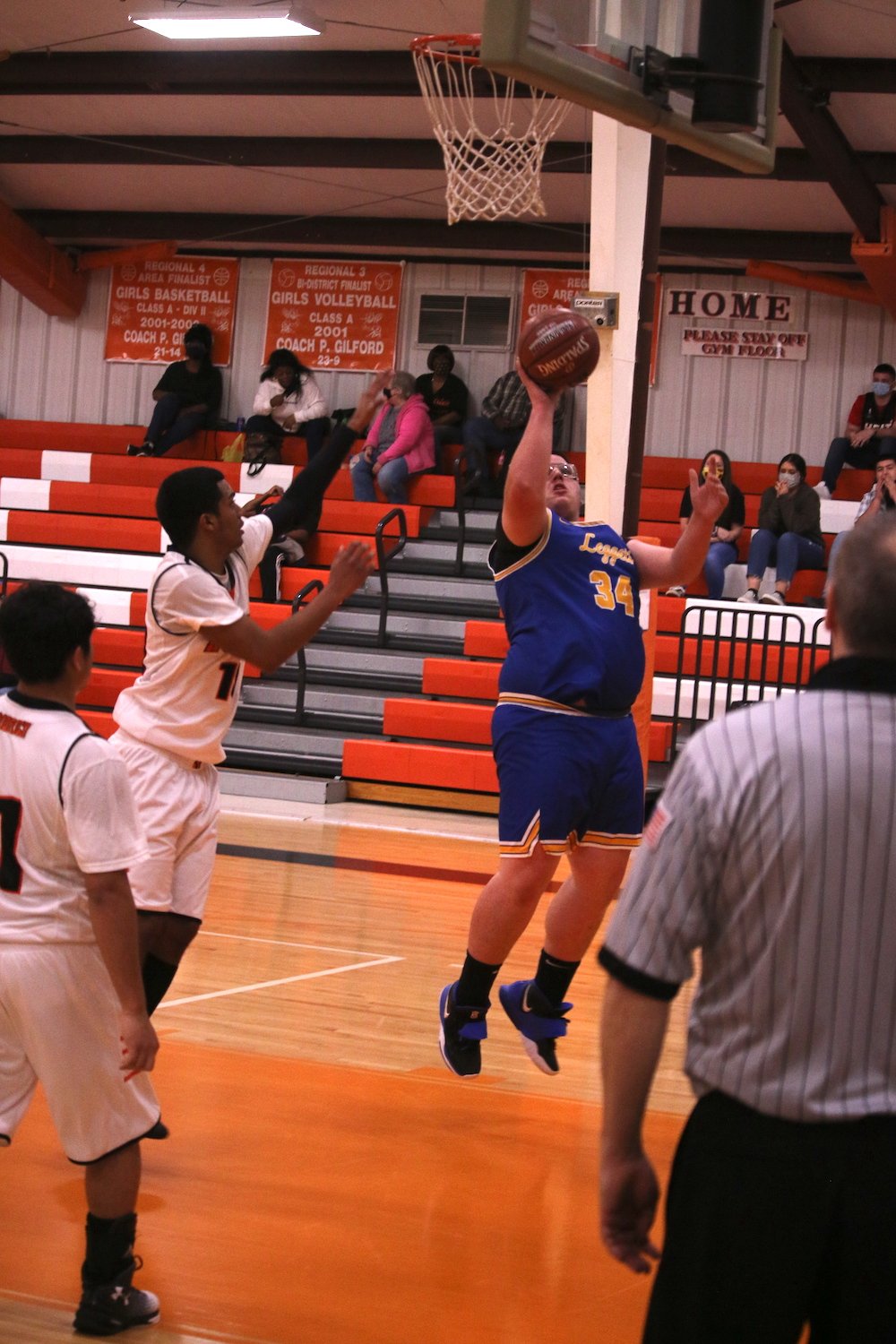 The Leggett Pirates scratched out an early lead and maintained an advantage in their annual road game at Goodrich, winning 53-39 Tuesday.

Behind a 29-point performance from Chase Parrish, the Pirates played well on both ends of the court. The Hornets struggled to consistently score, ultimately failing to keep pace with the defending district champs.

"We played good, I am proud of our team and we played good team ball," Leggett coach Sean Edwards said. "We played fundamentally sound and we are blocking out a little more to get rebounds. We kind of let up a little bit and gave up some cheap fouls later.

"We are playing more team ball and limiting our turnovers a little bit more. We're going inside and drawing some more fouls. It is the second half of district, so we will be alright."

Pirate Garrett Francois had 10 first-half points and 11 for the game, while Varian Flournoy added six. For Goodrich, Joacxi Garzon had 19 points and Isaiah Sapio had eight.

After a lone 3-pointer in the first period, Parrish filled the stat book over the next three frames.

For Goodrich, the year has been a struggle. There has been inconsistencies in team chemistry and a lack of experience.

They did improve as the game progressed. Totaling just 13 points in the first half, they scored 10 and 16 points in the third and fourth quarter, respectively.

"You've got to rebound and play defense," Goodrich coach Lester King said. "We have had a hard time all year long scoring. The game was kind of good at the beginning, but they just out-hustled us and they wanted it more than we did. We didn't want it.

"The only difference between them and us tonight was they played defense and hustled when we didn't play any. You can't win like that."

If the Pirates win their remaining games, it could cause a three-way tie with Chirino and Zavala.

Edwards said he believes his team can run through the rest of the district schedule unscathed.

"I think we can. I believe in my guys and they are helping me out. I always get feedback from the kids and they always know what's going on when they are on the court. They tell me what we need to do. I think we can win the next five games. We are finally improving and we are peaking. We are getting better and better."