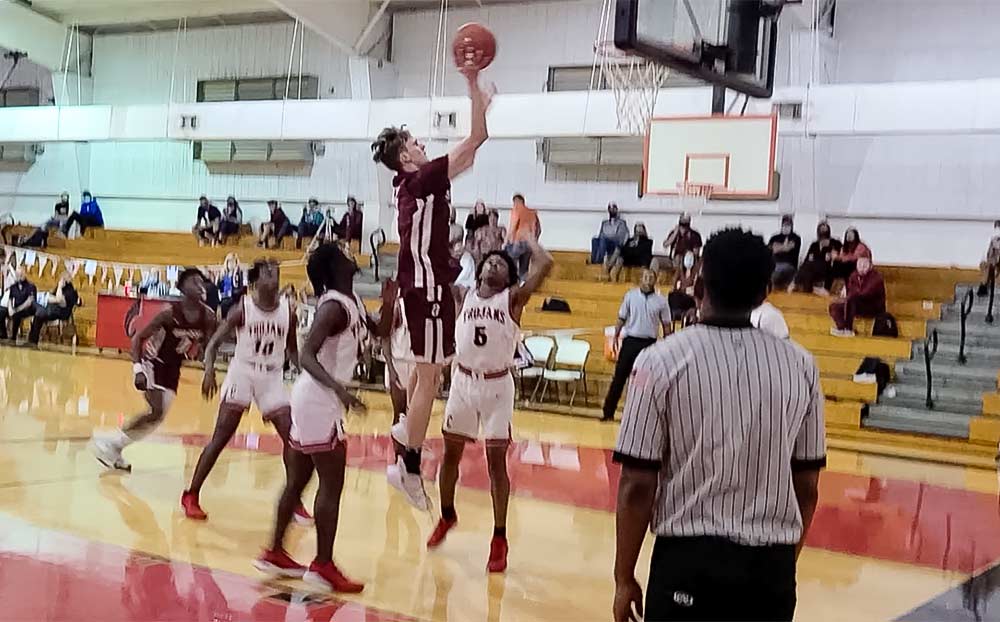 Onalaska managed to remain within striking distance of the defending state semifinalists for part of the third quarter, but Coldspring found another gear.

The Trojan press was successful more times than not late in the contest, allowing for a 39-point final period.

"I thought we were a little rusty through the first three quarters," Coldspring coach Greg Devers said. "We haven't played since last Tuesday and I had some kids out, so we didn't get a chance to practice yesterday. We were wide open and we had threes and we had layups. Our defense was there and our quickness was there, but we just couldn't go."

Through four minutes in the fourth quarter, Coldspring scored 27 points and ended with 39 for the eight-minute span.

Duke Lawniczak led all scores with 32, freshman Luke Monroe had 14 -- all in the fourth quarter --and Jared Curry scored 12.

"I hope that kind of carries over, Devers said of his team's fourth-quarter performance. We are trying to get our rotation going and get ready for the playoffs.

"I thought Coach (Nicholas) Tyerman did a great job and I told him not to show that press break to anybody, because at the end of the third quarter, it was an 11-point game. He did a great job of preparing his kids for tonight."

It has been a while since Coldspring has been challenged within district, but New Waverly put a stop to the Trojans 39-game winning streak a few weeks ago. 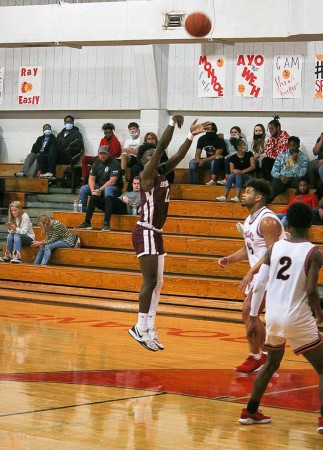 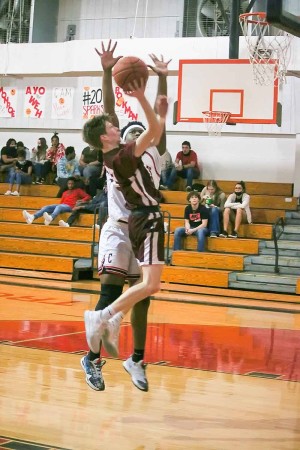 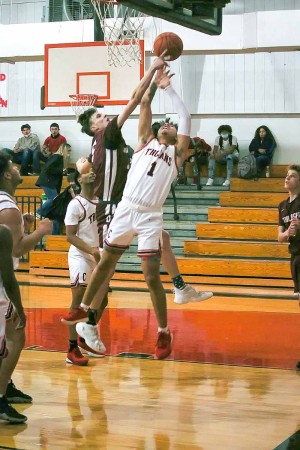 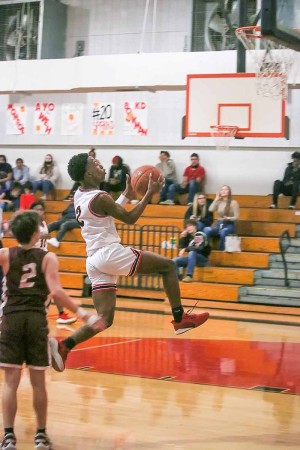 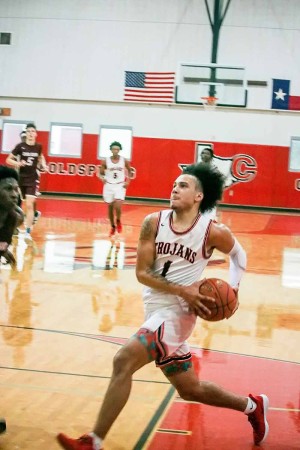 "New Waverly is one of the top teams in this region. They are 18-1 and ranked No. 7 and we are 13-1 and ranked No. 12. The big showdown is going to be next Friday at New Waverly. Kind of like us last year, I think they are going to be the team to beat. We are not going to just let them have our district title. I hope we will have a couple of tricks up our sleeves when we play next Friday."

Devers said his team lacks the depth that they possessed during last year's run to the state tournament in San Antonio. He is looking for a few athletes to step into larger roles once the postseason begins. He also wants the team to work on its half-court defense.

Onalaska has struggled in the 20-21 season, but Tyerman sees improvement in his group. There were flashes of potential throughout the first three quarters of Tuesday.

"We were within 11 there in the third quarter, but we just have to take care of the ball better and it is some simple mistakes," the Wildcat coach said. "When we get fatigued, we start struggling sometimes to stay focused. We have to stay calm no matter what happens.

Freshman Bryan Wyatt led the 'Cats with 14 points, Kevin Redden had a dozen and Chase Fletcher had 10.

"We have a lot youth, so we are gaining some valuable experience and starting to play teams a lot tougher," Tyerman said. "We are taking better care of the ball and this tonight was a lot better than the first time we played them. That is what we are looking for, to keep getting better and keep growing. We're just trying to play as hard as we can. We've got five games left."

Covid has flipped the Wildcats' schedule on its side, as they will have a bye on Friday and play four games in five days next week.

"I think when you compare our youth to their youth -- really outside of New Waverly, we return the most," Tyerman said of the program's future. "That is a good sign and we have been competitive on the JV level, so that is what we are looking forward to. We need to work and advance to that next level next year."