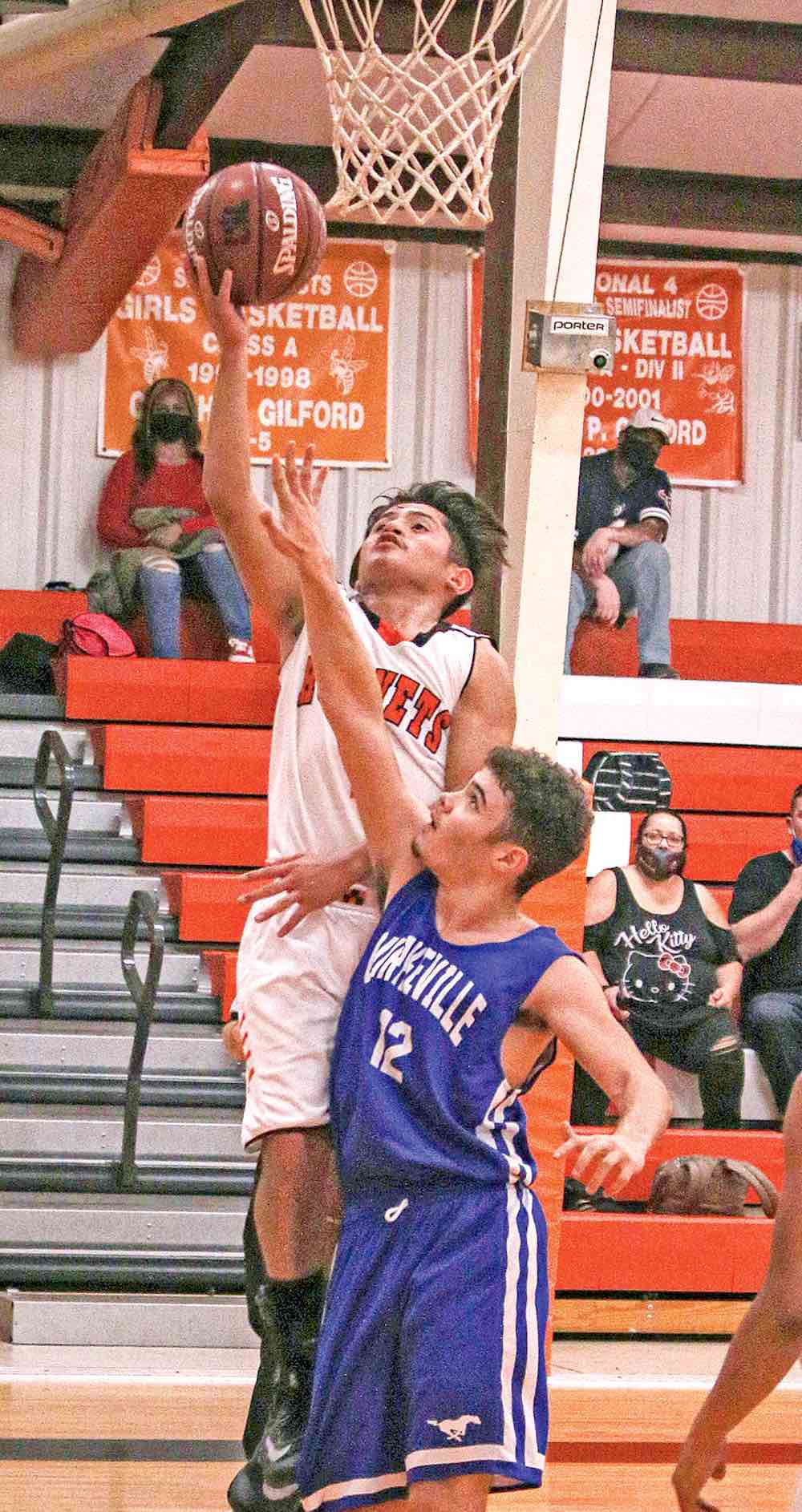 Goodrich had a chance to send Friday's game versus Burkeville into overtime at the buzzer, but fell a bit short in a 49-46 contest.

Down by three with nine seconds remaining, Goodrich inbounded the ball. They missed two field goals in the lane before tossing up a last-second heave from behind the arc that bounced off the front of the rim.

"It is hard to beat somebody when you can't make free throws," Goodrich coach Lester King said of the team's 8-for-20 performance from the charity stripe. "With all the layups we missed, it is hard. Kids are standing around and they don't realize that you have to rebound."

The Hornets led 15-5 after the first period, yet were not on the positive side of any quarter following.

The Mustangs had three players score in double digits and only four players that registered a point. The Hornets were led by Joacxi Garzon, who had a game-high of 23 points, Brandon Izaguirre with 10 and Dartavian Nickson with eight.

The Hornets have a bye Tuesday and then go to Chester Friday to begin the second half of district play.

"We will spend Monday, Tuesday and Wednesday on the baseline (running)," King said. Making free throws will get you off of it. Otherwise, we will stay there a while.

"With the type of ball that we play, we haven't played a team yet this year that has shot more free throws. We are playing man-to-man defense. We've got one senior that we will lose and the rest of them are coming back. We've got some kids in eighth grade that are coming up, so we will be pretty good next year."

King is beginning to feel better about his team's chances in district. Goodrich has just one win in 28-1A play, but he feels there is enough parity for every game to be competitive.

"That was the last game of the first half. We can go through the second-half and beat everybody almost. That should show it right there.

"These kids are trying to do too much on offense, but I want you to break your neck on defense -- not offense. Take your time and wait for a good shot. They will see it on video. We had plenty of opportunities and plenty of good shots. If you get to the rim, you should score. We got the lead a little bit and we got relaxed. We stopped really concentrating on defense. I hope we are learning."