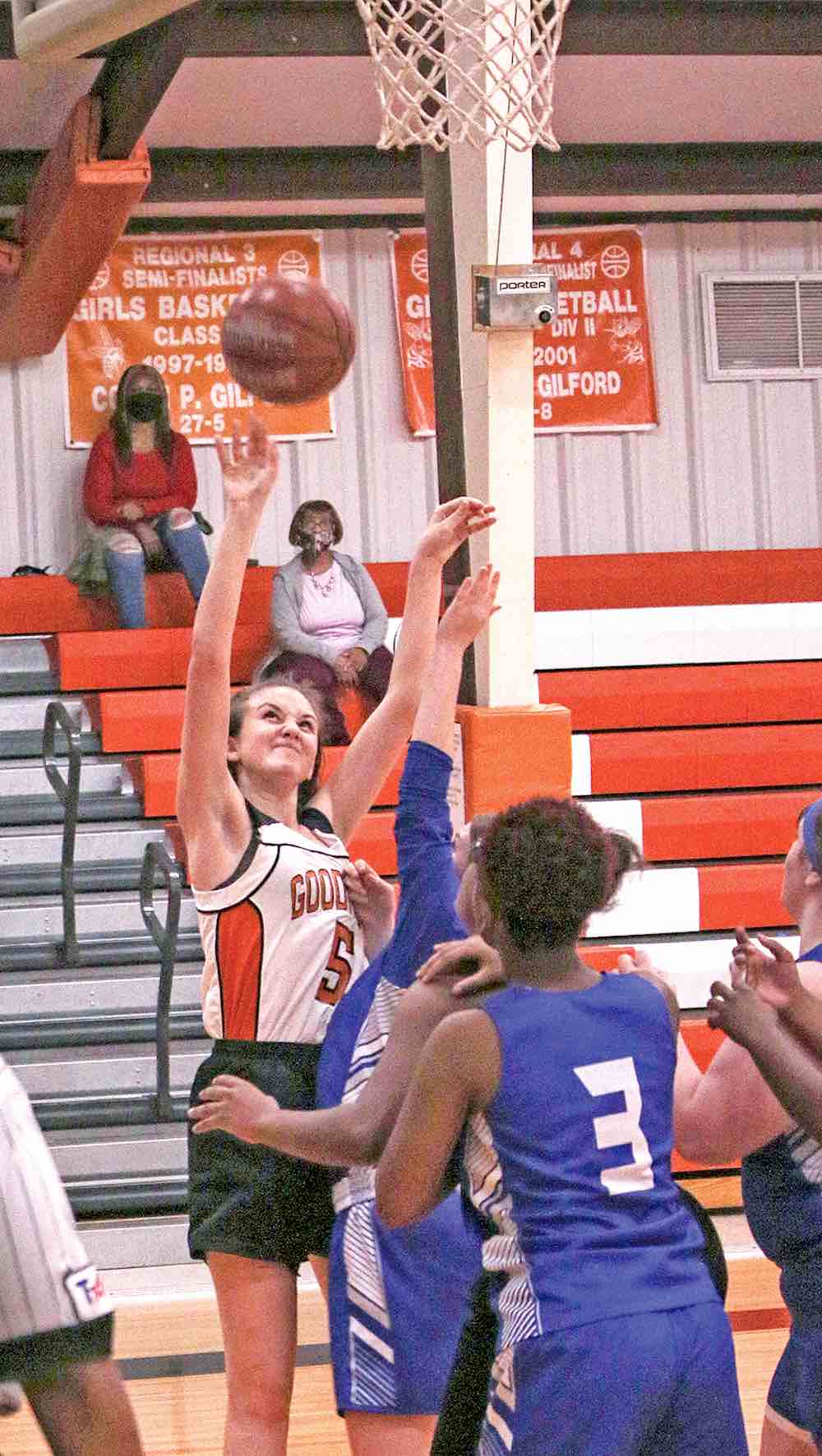 The Goodrich Lady Hornets got a spark in the locker room that vaulted the team to a comfortable 51-24 win Friday over Burkeville.

The Lady Hornets led 13-10 at the half, but received some “encouragement” to play with increased intensity in the final two frames.

“I told them that Monday it would be tough,” Khadijah Carter said of the next practice. “I told them mostly just to get the ball inside. They cannot stop us inside and we are more of an inside team than an outside team. We needed to play good defense and that is what we did.”

The Lady Hornets got to the basket with urgency in the second half, creating points with both its offense and off turnovers. The result was a 22-point third quarter and 16 points in the final period — both more than they collected in all of the first half.

Latrina Morgan led all scores with 30 points, Breya Passmore had 13 and Aralyn Angel had six. The Lady Mustangs never accumulated more than eight points in a quarter.

Carter says the season has been a little bit rough for her kids, but believes that her young group has done some growing up over the past few months.

“This is our second district win,” Carter said. “The first game wasn't by as many (44-35) as we beat them this time. I feel like we have improved even since last game. The competition was a different level.”

Carter said the team's ability to see inside and find the open player has improved. Though her group rushes at times, the coach likes the pace which the Lady Hornets are beginning to play.

“We are taking our time moving the ball, finding the holes, getting open and passing it when we need to.”