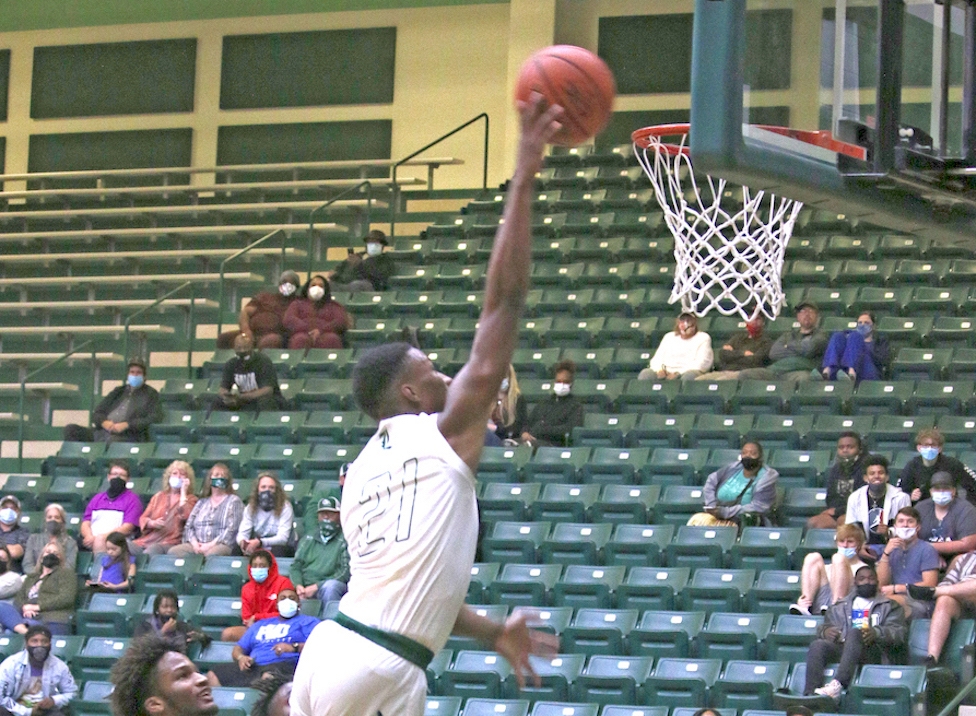 The Lions established an early lead with its defense versus Liberty Tuesday, winning a 61-35 contest over the Panthers.

A 20-2 lead early in the second quarter was enough to allow Livingston to coast for a while. They did coast, and Liberty closed the advantage to 10 points at 25-15 early on in the third quarter.

"The first half, we played OK, but we still didn't play with a lot of energy," Livingston coach Calvin Phillips said. "Then, we came back in the second half and I thought we were going too slow. We talked about putting more man-to-man full court pressure on in the second half so we could get ourselves going. That kind of helped us out."

The man-to-man defense indeed helped, as Livingston scored 23 points in the period to quell any chance of a Panther comeback.

Chris Washington led the way with a dozen points, while Izzy Enard had 11 and Julian Gardner added nine.

"I will take a win any way that it goes," Phillips said. "We are back tied for fourth now and we've got Hamshire-Fannett. If we can get them, that would be a big win for us right there."

Livingston fell to Hamshire-Fannett in the first round by seven points. The hope is they can take a week to prepare with an open date Friday and get a win that would propel the team into playoff contention. The Longhorns are currently tied for fourth place with the Lions.

Phillips said his first year as head coach at Livingston is not going how he planned.

"I don't like where I am at, I will be upfront with you on that. When I stepped in the gym at the beginning of the year, I saw the size and athleticism of those guys. I thought we would probably be in the running. We started off 5-0 and dropped off and started playing very erratic. It's kind of been disappointing, but I will still take what we have. I am hoping that we will finish up strong and peak out in the second half and get some more wins."

"They don't know how to take me. I get on them hard sometimes and in this time and age, some kids don't take that kind of coaching anymore. You have to be more positive and not run them so much in a negative mode. I'm learning them and they are learning me, and if we can get in that fourth spot (playoff seed), that would be a blessing."

The coach said in order to reach the postseason, his team's shooting would need to improve so the half-court offense can be more productive. The team now relies heavily on its defense to create offense.

After the road trip to Hamshire-Fannett Tuesday, the Lions will host district leaders Huffman Hargrave next Friday.