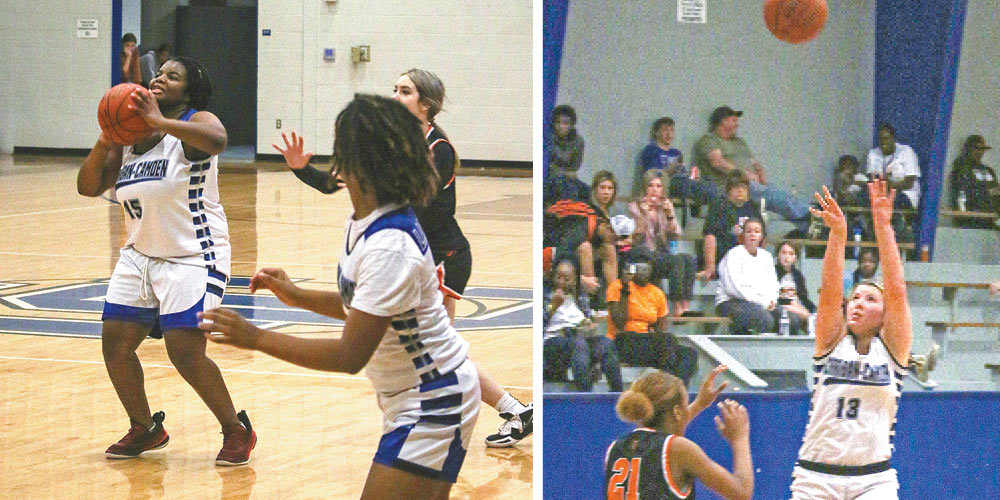 The Corrigan-Camden girls lost a 52-15 district contest to West Sabine Tuesday, but showed plenty of effort after the first quarter.

It took two minutes for West Sabine to go up 11-0, and the Lady Dogs would not score until down 18 points. Corrigan-Camden trailed 18-2 at the end of the opening period.

They were held to single digits in every period, and new head coach Khadijah Carter wants her team taking more shots to improve there.

“We came out in the second half a little bit better. The first quarter was horrible,” Carter said, shaking her head. “In the second quarter, we actually started moving, but I had to bring in my second string to start getting shots, and they were actually moving the ball. We’ve just got to shoot it more and communicate more.”

The Lady Dogs showed better on defense in the second and fourth quarters, holding the Lady Tigers to just nine and eight points, respectively.

Since arriving in Corrigan from Coldspring, Carter has tried to develop skills with her young group.

“It is just the basics and fundamentals,” she said. “We are building from the ground up and we only have one senior. We have two juniors, a sophomore, and the rest are freshmen. It is basically starting all over again.”

Starting over again isn’t new for the coach. She took a team in need of help that had seldom seen the win column at Goodrich and improved on past performance. However, Carter knows the process will not occur overnight.

“I just want them to give it all they’ve got. There are a couple of games that we can win if they give the same energy that they gave last week. If they can give that kind of energy, it should be way better. I just need effort.”