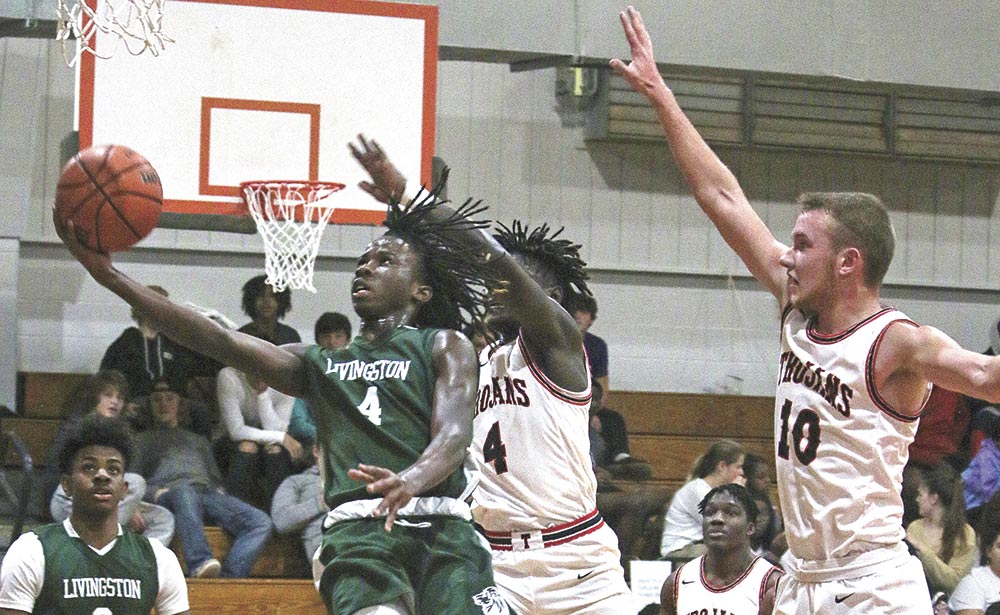 The Livingston Lions picked up their third win of the season, defeating the Trojans of Coldspring 77-61 in San Jacinto County Tuesday night.

The Lions are a fast-paced team that gets up and down the floor, plays aggressive on the defensive end and attacks the rim on offense.

“Our goal is 80 points a ball game,” Livingston coach Frederic Camp said. “They were a little bit behind tonight, so they will have to pay for those three points they didn’t get. We run the floor and score. Last week, they scored 91, so I know they can get to 100 and I have to make them believe in that. That is what we have to do, we have to run the floor. This is my basketball. I don’t play that slow down, set up stuff. They’ve got speed, so I let them run.”

Coldspring took a 21-12 lead early in the second period, but Livingston would answer with a 10-0 run to move in front. There were several lead changes for the remainder of the half that ended on a 3-pointer from Ta McNeal at the buzzer, giving the Lions a 33-27 advantage.

Livingston would stay in front for the entire second half, scoring the first three buckets of the third quarter. They now hold a 3-6 record.

Freshman Ziekus Garner led the Lions with 25 points, while Ta McNeal had 14, sophomore Jatarius Randolph had 11, and Jonathan McNeal had 10.

The coach said he wants his team to work on rebounding and taking charges. There is plenty of effort on the boards, but positioning for loose balls could use some work.

“It is something we need to work on bad, because they are standing around there and like to look and not block out,” Camp said.

Lion basketball has plenty of potential and will look to improve on a trip to the bi-district round of the playoffs last season.

“It is iffy. If we play well, we win and if we don’t, we lose. I can never tell what they are going to do until they get on the floor. We have lost a few ball games because they get wrapped up in the crowd and don’t listen, and that is what happens instead of listening to us (coaches). If they will listen, they will be just fine.”