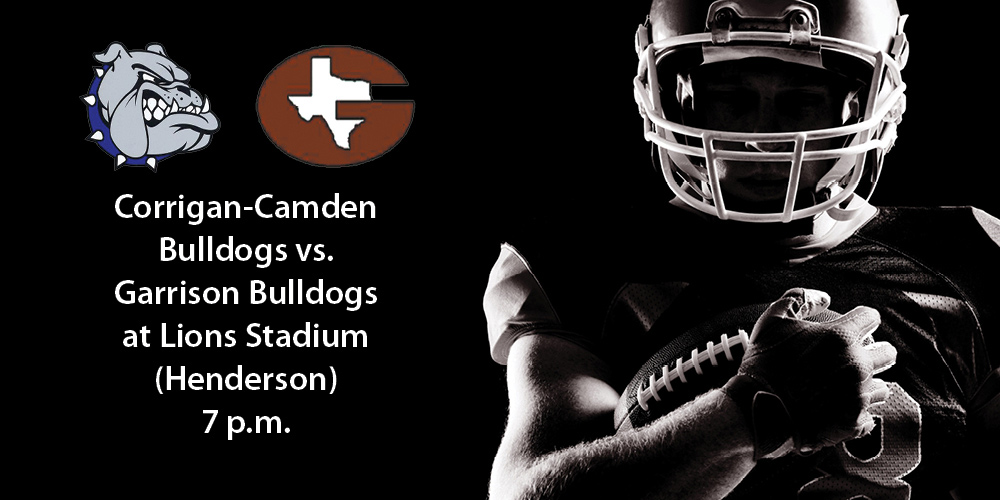 The (9-1, 4-1) Corrigan-Camden Bulldogs are set to play the (7-3, 4-2) Garrison Bulldogs in a bi-district playoff match Friday in Henderson.
Corrigan will look to bounce back from suffering a blowout loss against the Centerville Tigers in a district-title match to end the regular season.

The Bulldogs were undefeated until that point.

“If we wanted a wake-up call, that was the best time to have one against a really good football team in (Centerville),” said Bulldog head coach Brett Ratliff. “We came away upset, but still hungry. We have something to prove now and bounce back. I know that we will.”

It has been several years since this specific battle of the Bulldogs, which has reportedly been a competitive series to date, according to Ratliff.

Garrison had a three-game win streak in district until losing 44-38 against the Timpson Bears last week. Garrison’s offense will feature junior running back Omarion Rasberry and Isaac McCrumby.

“There have always been really good games between Corrigan and Garrison. They have a great football team,” Ratliff said. “Stylistically, they are similar to Centerville in how they are lining up. We are prepared now and excited to get to play these guys.”

Ratliff will look to execute their well-managed offense against what seems like familiar strengths from Garrison’ defense.

“We have seen those different fronts all year long. So we feel good about attacking them,” said Ratliff. “We just have to get back to securing the football and staying ahead of the sticks.”

DISTRICT 12-2A Division I