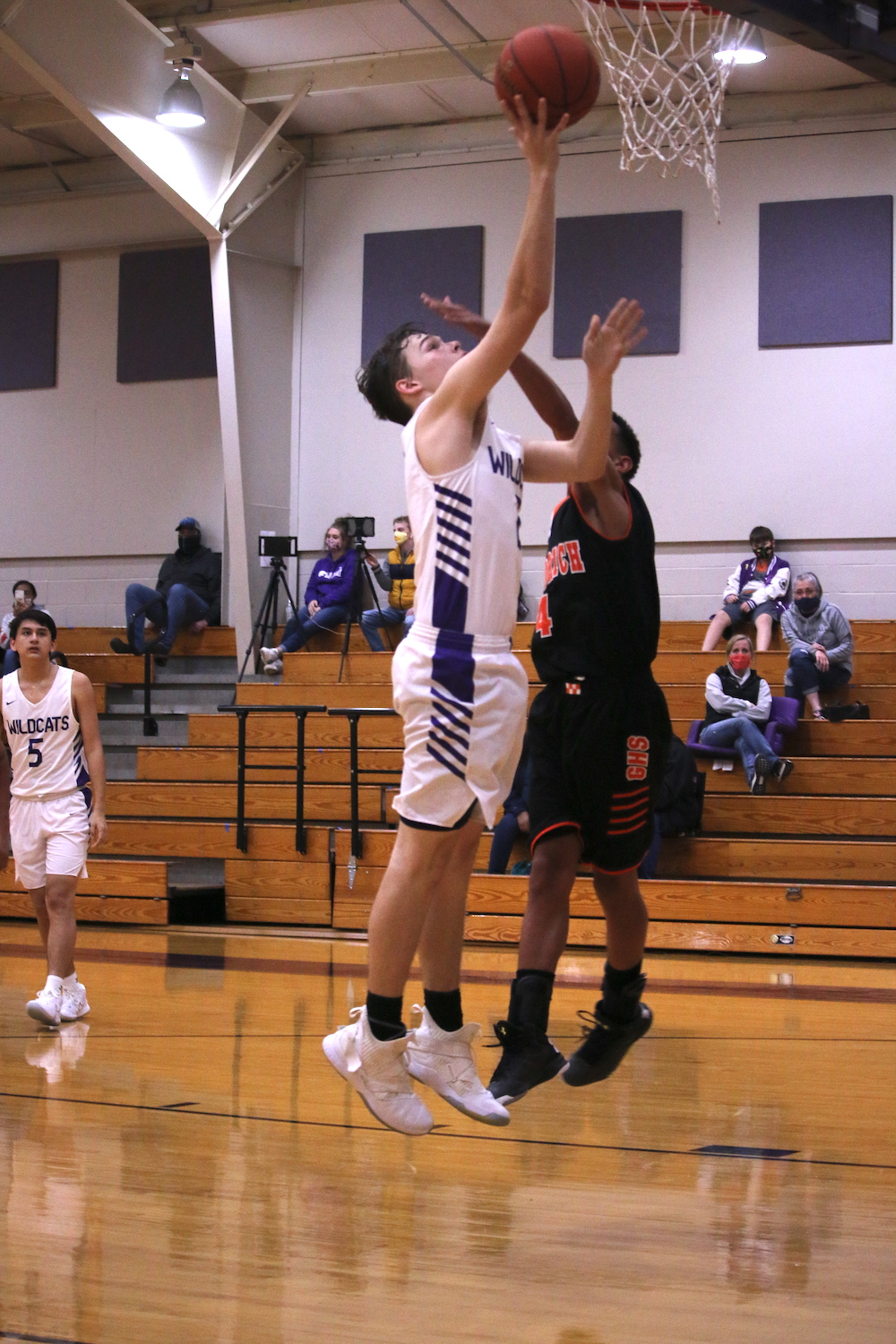 PHOTO BY BRIAN BESCH I PCE Weston Mayer puts up two of his game-leading 17 points for the Big Sandy Wildcats.

The Big Sandy Wildcats had no trouble disposing of Goodrich Tuesday with a 79-4 win.

The ‘Cats were dominant from the beginning, establishing a 40-0 advantage before Goodrich could get on the board late in the second quarter. It was the Hornets’ first game of the year and a tough draw against a team that has a running start and has played a few large schools.

“I told our kids it was going to be like this,” Goodrich coach Lester King said. “You have to play hard and I just wanted to see some hustle. They are young and they are freshmen.”

King's lone senior went down in the first half with an apparent ankle injury, leaving five inexperienced Hornets on the floor to fend for themselves. With Garzon down, Goodrich had four freshmen and a sophomore that did not play last year on the floor without a bench.

“Garzon is the only senior and we have to get ready for January,” King said. “Some kids have to learn the hard way and they think they are ready to play and really good, but it is all about defense and hustle. We didn't have any defense out there tonight and we didn't have any hustle. We are going to get better at that. This is just embarrassing, but we are going to get better at defense and hustle. You got to work at this game. This is good for them. Now they see.”

For Big Sandy, they have played up in classification versus southeast Texas schools in Orangefield and, most recently, Bridge City.

“It was our first game back since a loss on Tuesday and coming off of Thanksgiving, so it was good to knock off the rust a little bit,” Big Sandy coach Kevin Foster said. “With Covid, I've kind of broken everything into small seasons. We had five games before Thanksgiving, this is our first of seven before christmas, so we are trying to break everything down into small seasons.”

All nine Wildcats put up points Tuesday, led by Weston Mayer with 17, Dante Williams with 14 and Kaden Foster with 10. For Goodrich, Exavier Henderson had both buckets.

Big Sandy as a group looked polished after a more uneven performance in Onalaska a few weeks before. Jumpers were falling, passes were crisp and the defense fought hard to keep the Hornets off the scoreboard.

“In the second half, we really try to focus on the execution side of things. I thought we did some of that,” Foster said. “We will keep practicing and getting better and we’ve got a lot of improvement to make.”